The $200 million rocket carried computers and 1,360 pounds of food among other items 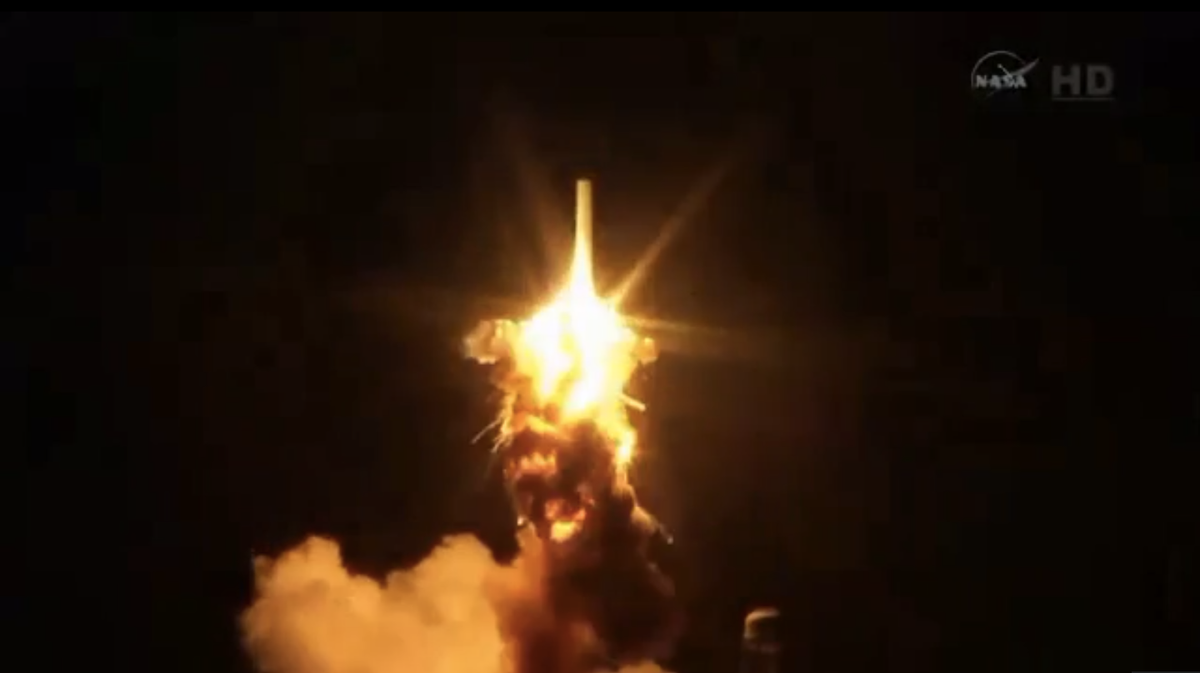 On Tuesday evening, the unmanned NASA-contracted rocket Antares exploded in midair over eastern Virginia, about six seconds after it was launched. The rocket along with the Cygnus cargo spacecraft carried approximately 5,000 pounds of supplies and experiments meant for the International Space Station.

Although there were no injuries, the $200 million rocket and spacecraft are now destroyed, and the explosion may have caused damage to the launchpad.

According to Motherboard, Antares was carrying a pea growing experiment from Houston students, 1,360 pounds of food, spacewalking equipment, computers and 18 student projects from New Jersey among other things.

The rocket, operated by Orbital Sciences, one of NASA's two commercial space resuppliers, was set to launch on Monday, although a boat appeared in the rocket's trajectory, so the launch was rescheduled for Tuesday evening.

NASA doesn't currently know any more about the cause of the explosion than the public. CNN reports:

"What we know so far is pretty much what everybody saw on the video," Culbertson said. "The ascent stopped, there was some, let's say disassembly, of the first stage, and then it fell to Earth. ... We don't really have any early indications of exactly what might have failed, and we need some time to look at that."

Orbital will lead the investigation, along with the Federal Aviation Administration, with NASA assisting.

Among other things, they'll try to collect and examine any debris that can be recovered, review data from the spacecraft before its destruction and look at videos around the launch time.

The main focus Tuesday night was safety. Bill Wrobel, the Wallops Flight Facility director, said fire crews had set up a perimeter around the affected area. "We're just basically letting the fire burn out, but they are contained," he added.

"While NASA is disappointed that Orbital Sciences' third contracted resupply mission to the International Space Station was not successful today, we will continue to move forward toward the next attempt once we fully understand today's mishap," said William Gerstenmaier, associate administrator of NASA's Human Exploration and Operations Directorate, in a statement. "The crew of the International Space Station is in no danger of running out of food or other critical supplies."