"If they were evil, could a baby agree to appear in one of their advertisements?" 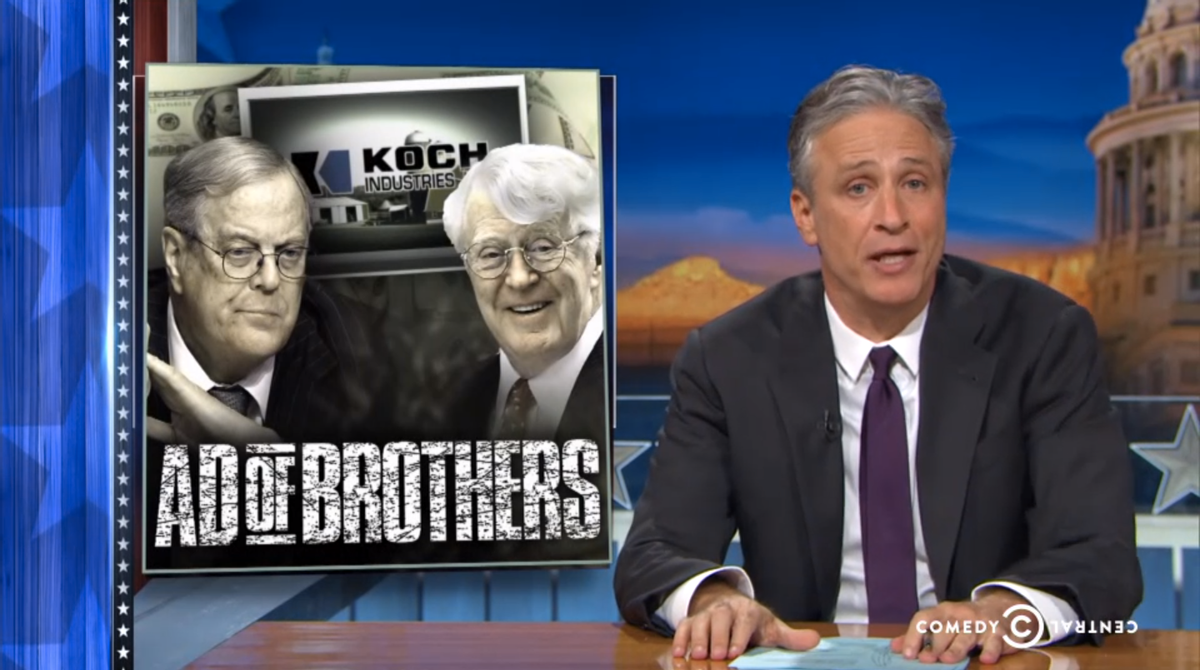 On Wednesday's episode of "The Daily Show," Jon Stewart said that he had recently noticed a new commercial airing during his show from Koch Industries, a global energy and manufacturing giant helmed by brothers David and Charles. Oh, and the Kochs happen to be notorious for donating hundreds of millions of dollars of dark money to fund various elections.

"Now that we know the Koch brothers are pouring an unending waterfall of money through a cleverly masked network of unaccountable organizations to peddle electoral influence, the ad sounds less inspiring ..." Stewart said.

"Clearly the Koch brothers are trying to say to our audience of not yet dying off voters, even though you may have heard certain things about the Koch brothers, how bad could they be?" said Stewart. "I mean, if they were evil, could a baby agree to appear in one of their advertisements?"

So, to welcome the new massive corporation to "The Daily Show" advertising family, they remade the ad with some minor adjustments. Watch it below.