Report: 30 percent of shrimp isn't what it claims to be 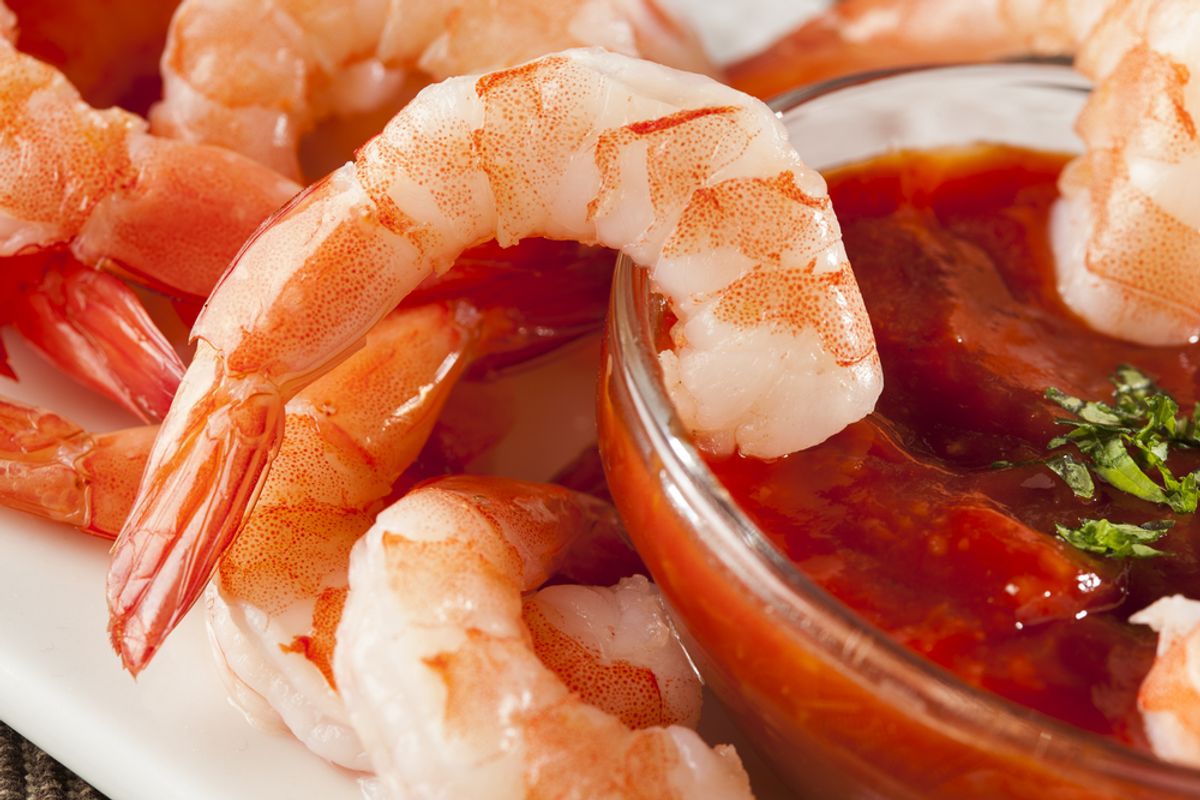 Purchase shrimp in the U.S., and there's a reasonably good chance the thing the you end up with isn't what you've been sold.

That's according to a new study from Oceana, the group that previously showed us how seafood fraud affects a full third of fish sold in the U.S. Researchers took samples from 111 grocery stores and restaurants across the country, tested their DNA, and found that a full 30 percent of shrimp were misrepresented: They were farmed whiteleg shrimp advertised as "wild" or "Gulf," for example, or one species identified as another.

It's disconcerting, for sure, to think you might be inadvertently chowing down on "an aquarium pet not intended to be consumed as food," or a "mystery" species that DNA testing failed to identify, but the larger problem with this mislabeling concerns the shrimps' origins -- and should leave the consumer feeling queasy for different reasons.

There are a ton of different shrimp species -- the Ocean report identified 20 of them -- and deciding which is best to eat, from an environmental perspective, largely depends on where they're from and how they were raised. The Monterey Aquarium Seafood Watch recommends U.S. wild-caught options, unless they come from Mexico or Louisiana, as well as farmed shrimp, as long as it's from the U.S. and not imported. There are real consequences to supporting shrimp suppliers who do things the wrong way: Some farming and harvesting methods are incredibly destructive to the environment; a complex global supply chain, meanwhile, links the shrimp that ends up at U.S. stores to slave labor. And every time these bad-news crustaceans get away with masquerading as something benign, they take away from the ethical, eco-conscious shrimpers who are trying to make a living by doing things right.

That's a lot to get straight on its own, and nearly impossible to get right if labels can't be trusted -- or if retailers don't bother to include any type of identification to begin with. That's a problem, too, according to Oceana: It found that one in five grocery stores didn't bother to inform consumers where their shrimp came from and whether it was farmed or wild-caught, and the majority of restaurant menus simply called everything shrimp.

Consumers need to demand, first, that they're told where their seafood is coming from, and second, that said information is reliable -- otherwise, we're just going to keep getting blindsided by these nasty surprises.