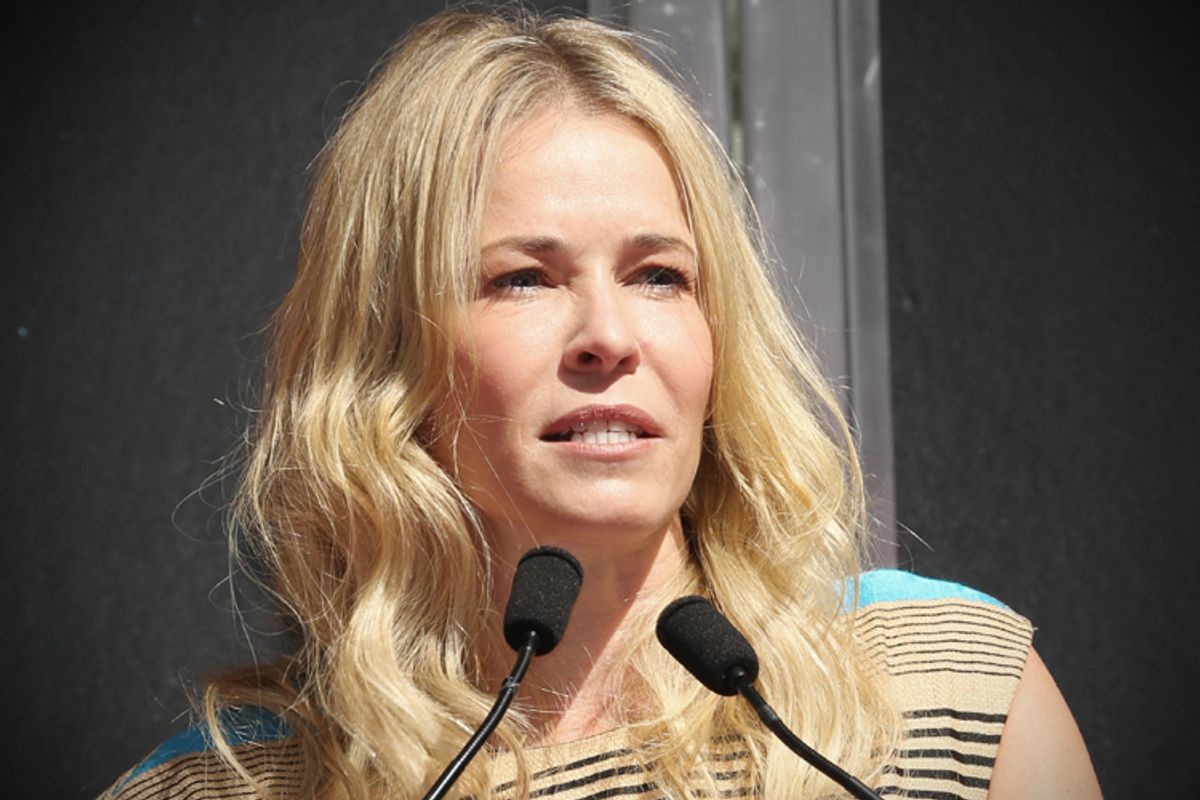 Chelsea Handler is no longer using Instagram. On Friday, the comedian became the newest public figure to protest the photo-sharing app's controversial nudity policy, which effectively bans topless images of women but condones topless images of men. Handler criticized Instagram's decision to take down a photo she posted as a joke, which features a shot of Vladimir Putin riding a horse shirtless spliced with a picture of Handler doing the same.

"Anything a man can do, a woman has the right to do better. #kremlin," Handler captioned the photo. It was flagged for removal and taken down shortly after. Handler took a screenshot of the removal notice and posted it with the caption, "If a man posts a photo of his nipples, it's ok, but not a woman? Are we in 1825?"

The former "Chelsea Lately" host went on to repost the photo on Twitter, along with additional commentary on Instagram's nipple policy. "Taking this down is sexist," Handler tweeted. "I have every right to show I have a better body than Putin." She then reposted the image again to Instagram. "If instagram [sic] takes this down again, you're saying Vladimir Putin [has] more 1st amendment rights than…" Handler prefaced. It was removed a second time.

Handler is not the first person to draw attention to Instagram's unevenly enforced nudity policy, which is notoriously invoked to ban images of nude (or partially nude) women while allowing equally "sexual" images of men to stay posted. Scout Willis famously protested Instagram's policy by walking around New York City topless in May, to highlight the fact that partial female nudity is legal on the street, but not on the photo app. Her protest is linked to the larger Free the Nipple campaign, which aims to de-sexualize female nipples as a means of pursuing gender equality. Instagram responded to Willis' protest by defending its nudity ban.

The site has not yet responded publicly to Handler's charges of sexism, but the comedian has already moved on:

You can now find my dogs and my breasts on Twitter only where my followers have the right to choose… http://t.co/mt4fcOfLEL