Dentists will buy back your Halloween candy for $1 per pound 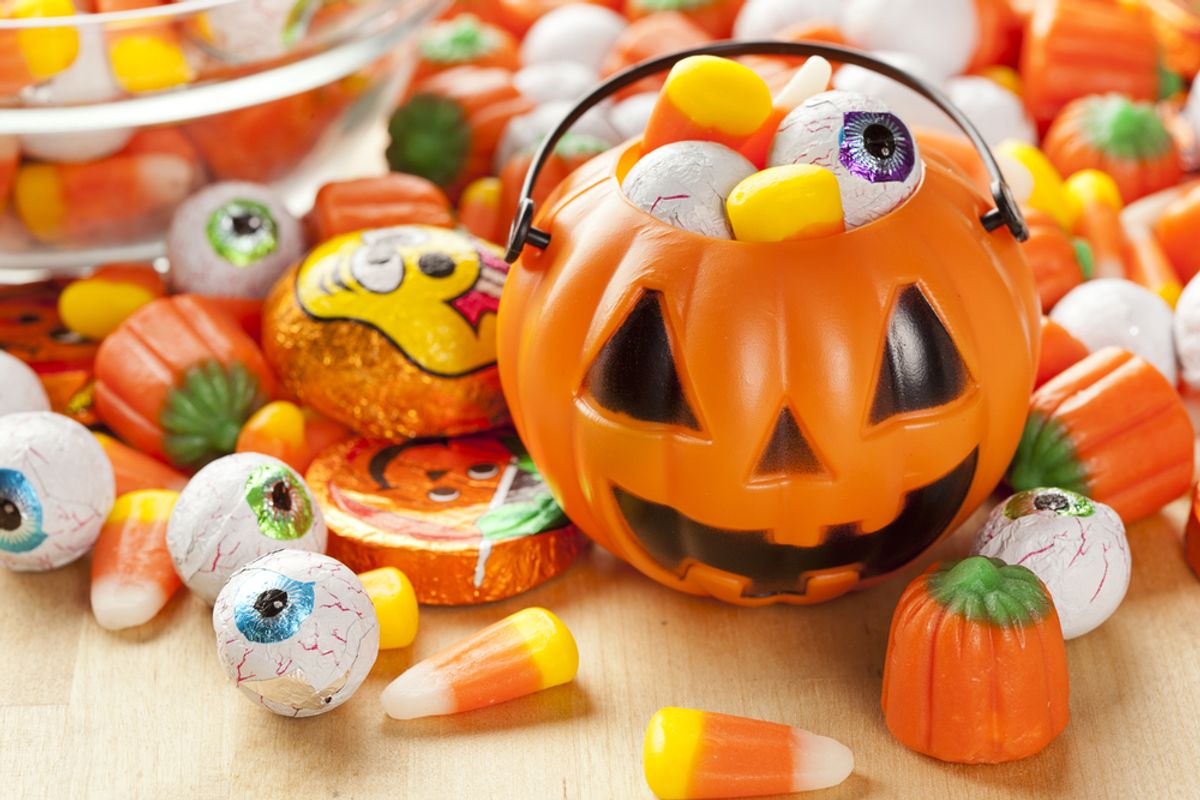 Are you a parent who wants to avoid the feeling of biting into a 2-year-old Milky Way bar that has been in your child's dresser since one enormous Halloween haul? Or do you want to prevent your child from expressing her entrepreneurial spirit by founding the Candy Shop, a store that sells you back Halloween candy for grossly inflated prices (as my sister did when she was 8)?

Then the Halloween Candy Buyback program might be for you. More than 2,500 dentists and orthodontists have signed up to participate in the part-charitable, part-robbing-your-child-of-the-joy-of-Halloween program that pays $1 per pound of candy turned in by local trick-or-treaters. The candy then is shipped to U.S. troops in Operation Gratitude care packages.

NPR spoke with Wisconsin dentist Chris Kammer who founded the program in 2007:

Kammer says he started the program when he realized that, for many kids, the treat-eating season dragged on for weeks.

No child needs to have a shopping bag full of candy, Kammer argues. "The thought of that makes me shudder."

When he started experimenting with the idea of the candy buyback years ago, his own children were not big fans. "They said, 'Dad, that's a terrible idea,'" he says.

But after the first year, his family realized that he was not the Halloween grinch. The buyback was a hit in his local community: Kids got to eat and keep some of their surplus, but families were happy to drop off their excess and share it with the troops.

Kammer thinks of the program as dentistry's "national response to Halloween."

Carolyn Blashek, the founder of Operation Gratitude, thinks the buyback is a great idea. "It's a great morale boost for the troops; it reminds them of home," she said in an interview with NPR. "But more importantly, to me, this provides the opportunity for every American child to say thank you to the military."

Americans are expected to spend $2.5 billion on candy in preparation for this year's Halloween, almost a 2 percent boost from last year.