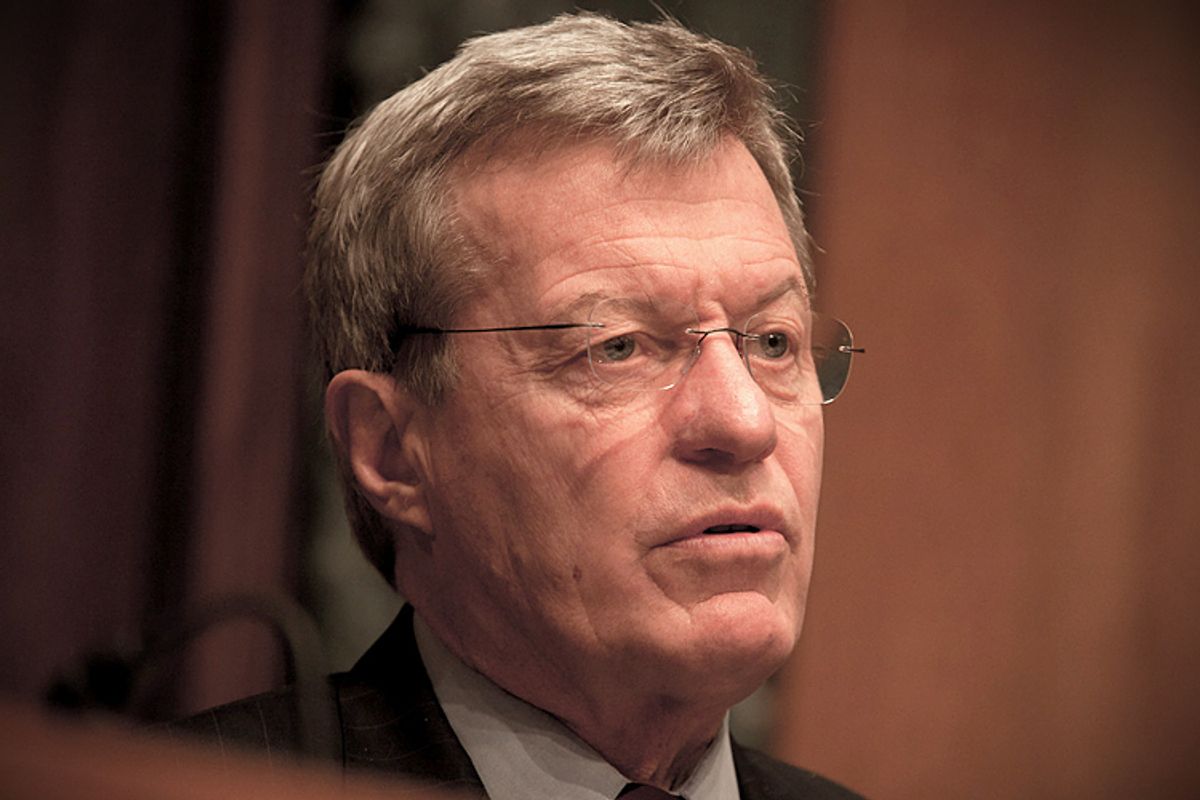 The blame game has already begun, even though Democrats haven't lost the Senate just yet.

There are those who will blame President Obama's unpopularity for dragging everyone else down. That certainly doesn't help. We're talking about red states where he never was particularly popular, never will be particularly popular, and right now is terribly unpopular -- mostly among the white voters who've been amenable to Democratic Senate candidates in the past. Both Republicans, who have an interest in framing these election results as a referendum on the failed policies of a Democratic administration, and losing Senate Democrats and their consultants, who have an interest in deflecting blame for their own losses, will rally around this explanation.

While no one can honestly argue that the administration is secretly popular, it's more reasonable to blame the fundamentally difficult Senate map that candidates were facing this year. The Mary Landrieus and Mark Pryors and Mark Begiches who are only in the Senate today because 2008 was the best election year for Democrats in modern times are having to pay the bill. It's not pretty, and it was never going to be. But you can still argue that they've run solid campaigns. As Brian Beutler writes in the New Republic, many of these candidates have made things closer than they could've been:

These Democrats are all outperforming Obama by significant margins, in states where Republicans have natural advantages, and in a year in which those advantages should magnify Democratic weaknesses.

But this would be no fun, would it? To dodge scapegoats and instead chalk things up to fundamentals? No one likes that; it's boring. Fine. Let's try out another scapegoat for size then -- four of them, actually. The ones who have largely been forgotten as the cycle's gone on, but whom we'd like to return to the public eye for widespread castigation. They would be Sens. Tom Harkin, Jay Rockefeller, Tim Johnson, and the Ambassador to China, ex-Sen. Max Baucus.

These are four senior senators who opted for retirement instead of reelection and whose seats are now likely to fall into the hands of Republicans. Sure, they have their reasons. Harkin, Baucus and Rockefeller are old people who presumably have better things to do with their remaining days than sit around working on bills that John Boehner's House will never consider. Johnson has been in poor health since his 2006 brain hemorrhage -- his excuse is the most legit, although he's hardly a vegetable.

They all should have run again. You can't predict definitively ... but then again you can predict fairly definitively that neither Harkin, Rockefeller nor Johnson would have had much trouble winning reelection. Baucus' role in writing Obamacare would not have made things simple for him, but he'd managed to easily survive plenty of other reelection races since his reputation as a repository of corporate lobbyist cash has become known.

Right there you have four Senate seats that could have been likely or safe Democratic ones, but are now forecasted as likely or safe to go Republican. (Iowa's Senate race is the only one of these that remains competitive.) Was it so much to ask that they hang around for one more term? They could have saved the Senate for Democrats this cycle. In 2016, Democrats will be likely to add seats as the map shifts back into their favor. The party could batten down the hatches for 2018. Harkin, Baucus, Rockefeller and Johnson could have retired in 2020 -- a presidential-year cycle, when turning out Democratic voters isn't as much of a struggle.

We see you there, Harkin, Rockefeller, Baucus and Johnson. Oh, we do. There you are hiding, hoping no one notices it's your fault. We see you, though! A nation of blamers turns its eyes to you!