A UK promoter has a problem with "handbags at ten paces" 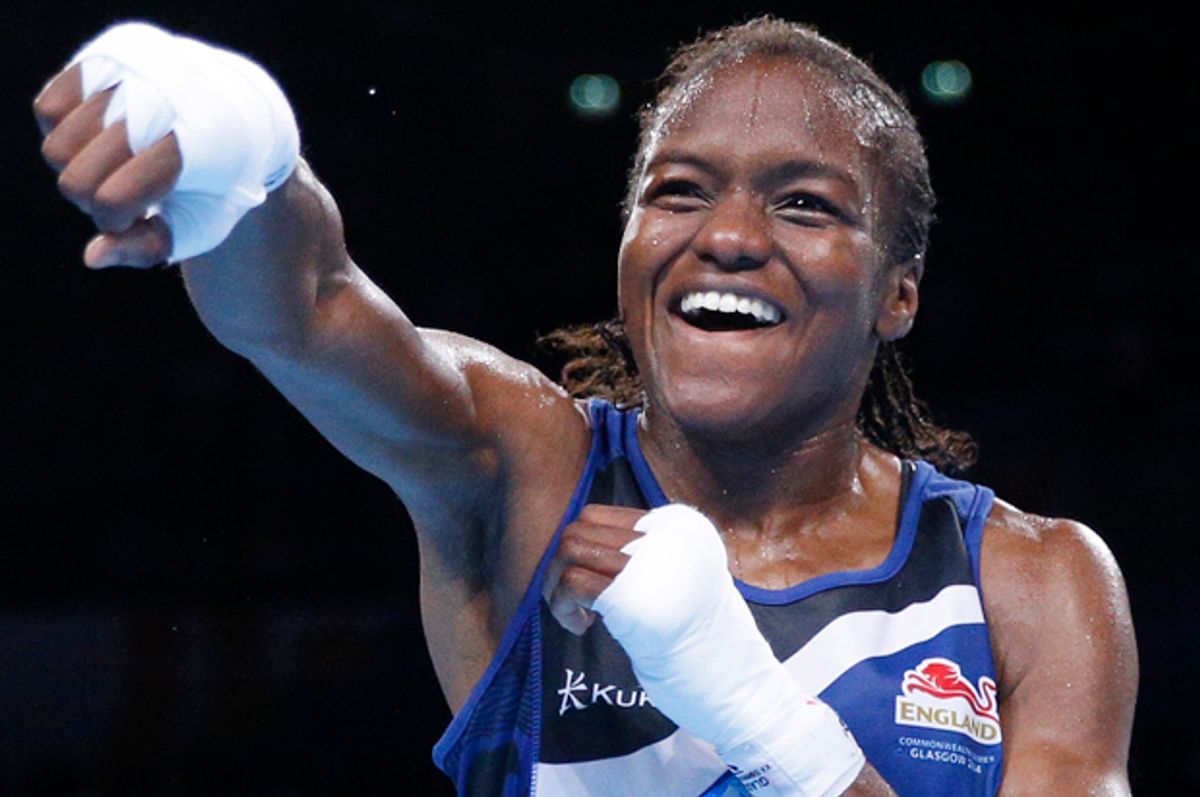 Frank Warren says you can call him an old git. Ta da! You're an old git!

In a new editorial in the Independent, the 62-year-old British boxing manager and promoter asserts his "long-held view that this is not a sport for women." As an example, he cites the tragic recent case of South African professional light-welterweight Phindile Mwelase, who died Saturday two weeks after enduring a fatal knockout blow in an Oct. 10 bout in Pretoria. And this, according to Warren, is supporting evidence for his position that "I make no bones about it, I don’t like women’s boxing. Never have and never will." He explains that "It is not a chauvinistic stance because I’m all for equality in sport and in life. But I am just not comfortable seeing girls attempting to belt bits off each other in the ring, no more than I am knowing they are now fighting on the front line in wars." And he says that "Nicola [Adams, the British boxer who became the first female gold medalist in the field at the 2012 Olympics] has shown us there is more to women’s boxing than handbags at ten paces but I do not believe it is something the average fan would pay to watch." Frank Warren: Unclear on the concept of chauvinism.

If you want to argue that boxing is potentially very dangerous, OK. In just the last month, British welterweight Jerome Wilson underwent a "life-saving brain operation" after a serious injury during a match, and the family of Russian heavyweight boxer Magomed Abdusalamov announced its intention to file a $100 million lawsuit against the state of New York and its athletic commission. The fighter required emergency brain surgery and lapsed into a coma last year after a fight at Madison Square Garden. In June, UK amateur fighter Lance Ferguson-Prayogg collapsed and died just minutes into a "white-collar fight" in Nottingham. In January, Japanese super flyweight Tesshin Okada died after being knocked out in his debut bout. All men. All vulnerable to injury and death.

Warren also says he has concerns "about the effect that being repeatedly hit in the stomach might have on their reproductive system," though the rules of female boxing and the "additional safety measures" in place generally seem to accommodate for the differences in women's bodies. And if he's concerned about ladies roughing up their pretty little bones, wait till he learns about roller derby.

Warren is at least upfront in his utterly visceral reaction that when it comes to women, "I don’t like to see them getting hit." And he allows that if other people feel differently, they're welcome to do their thing. But why give a platform to a self-professed old git whose views are based not on science, not on evidence, not on anything but his own gut revulsion? Will the Independent let me do an Op-Ed on how marzipan makes me queasy then? Why encourage this line of "It's icky, am I right?" argument? How is this journalism? It does nothing to enlighten or illuminate the conversation – it just gives space to a man who doesn't believe in something, for the plainly dubious reason that it makes him uncomfortable.