The sounds of our lives suck! How to make cities better by ending the blight of noise

Bad sound is "as detrimental to quality of life as bad streetlights or poor sidewalks,” according to one expert 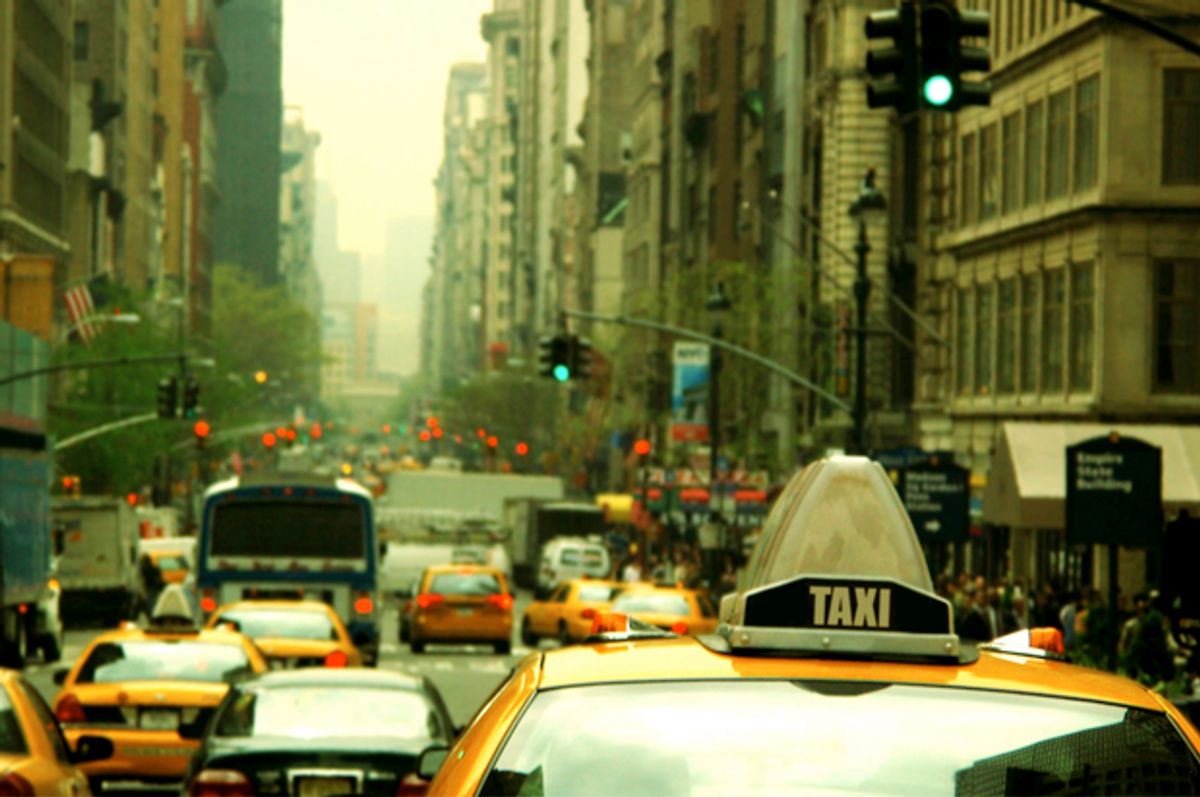 If you grew up in Calgary in the 1980s, you probably heard the city’s unofficial theme song. “Hello Calgary,” a vague but peppy ode to the Canadian prairie city, struck certain denizens as a hometown anthem.

But with slightly altered lyrics, the tune was simultaneously serving as a promotional tool in the U.S., in Atlanta, Knoxville, Rochester, Milwaukee, Tulsa, Nashville, and Phoenix. To this day, it resonates in those cities with residents of a certain age who don’t realize that its civic authenticity is on par with that of the local Hard Rock Café.

The story is a lesson in the power and peril of branding, and in particular, of sonic branding -- associating sounds and music with products, companies, organizations and ideas. Global brands have sonic strategies, says Joel Beckerman, the founder of Man Made Music and composer of jingles for AT&T, CBS and others. So why not cities?

By strategy, Beckerman is referring to a much wider range of sonic interventions than tourist outreach of the “Hello Calgary” type. There are foreground sounds like subway announcements, and background sounds like ambient music. Cities have a lot of “sonic trash,” he says, and not enough “sonic feng shui.”

Beckerman has a new book out, “The Sonic Boom,” about his life as a professional soundsmith. But, he insists — as if the goal were more modest — he’s less interested in selling books than in starting a movement.

Bad sound, according to Beckerman, is "as detrimental to quality of life as bad streetlights or poor sidewalks.” (Like the high hat in a pop song, once you hear it, it can’t be unheard.) He wants to urge us toward a “sonic humanism”: an awareness of our sonic environment, and a cognizance that we can change it if we want to.

The artists Bruce Odland and Sam Auinger have called these spaces -- from streets to parks to airports -- the “sonic commons,” where citizens "are submerged in a sea of shared sound.” It’s telling that discussion of city noise requires hitching common terms to the word “sonic.” The field is young and frequently forced to piggyback on the ancient lexicon of architecture and visual arts. R. Murray Schafer, the father of acoustic ecology and author of “The Tuning of the World,” coined both “soundscape” and “earmark,” alterations of their land-based equivalents. Shafer also suggested citizens try a “soundwalk,” a dérive for the aurally inclined, “a form of active participation in the soundscape.”

Generally, advocates, artists and professionals like Beckerman tend to feel society has given sound short shrift. “The majority of architects do not make sound a primary consideration in the viability of the space,” he told me.

“All infrastructure is designed,” Osland and Auinger write, “Our ears were simply not part of the design brief.”

This has practical consequences. Sound cues relieve your overworked eyes by sharing the burden of daily stimuli between the senses. Most pedestrians, whether they realize it or not, take their daytime jaywalking cues from sound as much as from sight. Drivers with standard transmissions hear and feel the engine telling them to switch gears.

Savvy sound designers can do more. Bird chirps guide the blind through New York’s Penn Station. In Tokyo, each subway station has its own jingle, offering regular commuters a wordless geographic identifier. The Moscow metro uses a male or female announcer to indicate a train’s direction.

Similarly, the aesthetic promise of sound, in contrast to endlessly debated visual design, remains untapped. Osland and Auinger describe a sonic installation they built in the Roman Forum, which is worth quoting at length. At the ancient center of Rome, they write,

“The grandeur had become purely visual. The vast atrium had been built for a different sound environment, a slave-powered Rome. In fossil-fueled Rome, the ancient arch had become a band shell for Vespas, cars, trucks, buses, horns and sirens on the passing thoroughfare, amplifying them and projecting them into the center of the forum. It was a devastating mess, creating major cognitive dissonance between the eye and ear.”

Using Roman amphora as harmonic resonators, the artists projected a soothing, choral echo across the landscape. And the result? Workers stopped arguing. Traffic noise faded. The harmony from the hollow clay pots seemed to exert a restorative power.

In 2004, London adopted a comprehensive sonic strategy. The “Sounder City” initiative, outlined in this 280-page manual, was intended to fight noise pollution. It suggested improvements to everything from flight paths to utility company repairs to canal traffic. “Our soundscape needs as much care as townscape or landscape,” the report wrote.

Today, more than half of residents of large European Union cities (more than 250,000 people) deal with daily noise above the E.U. benchmark for excess exposure. Yet the sense remains -- especially in the United States, and in the developing world -- that sonic policy is not fundamental to metropolitan governance. Any policy ideas remain purely subtractive, focused on eliminating noises rather than adding them.

In this respect, perhaps Joel Beckerman is well placed to intervene. There’s nothing U.S. mayors like more than borrowing strategies from corporate America, where Beckerman has been a leading sonic advisor. His approach -- honed in a boardroom culture of expertise -- recalls the architectural prescriptions of an earlier generation of city planning. “We don’t ask people what they think they would want,” he said, of sonic interventions. “We provide an experience that we think they will either enjoy or that will benefit them.”

This will strike many urbanites as a high-handed approach. But in popular appeal, too, sound and architecture have something in common, which R. Murray Schafer has elucidated: “Generally speaking, the older the sound, the more it is loved; the newer the sound, the more it is feared.” A beloved earmark, like a building, may once have appeared “out of context” or “inappropriate” to contemporary listeners.

Tomorrow’s earmarks -- think of “Mind the Gap” -- may be echoing all around you. You’re just not listening yet.