From 9/11 to McCarthyism, we have a long history of conspiracy theories -- and government acts have encouraged them 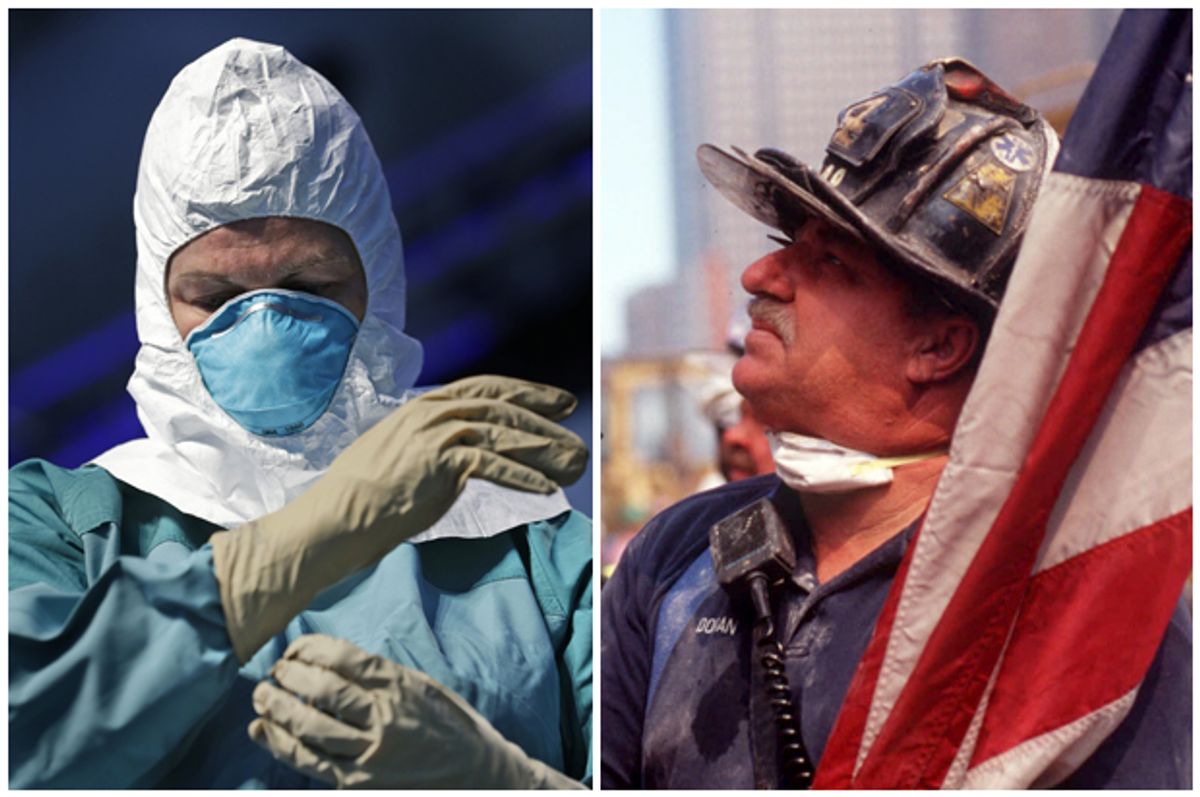 Hey, did you hear that President Obama purposefully allowed Ebola to enter the United States so America will be more like Africa?

That’s what conservative activist Phyllis Schlafly said earlier this month, after the first Ebola case reached our shores. In the darker corners of the Internet, others suggested that Obama was spreading Ebola to justify the imposition of martial law; still others charged that government health officials had conspired with pharmaceutical companies to foster the disease and then to hawk a vaccine to cure it.

How could anyone believe that our government would plot to harm its own citizens? Because it’s happened before. Over the past century, the American federal government has repeatedly conspired against the people who elect it. And that's why so many people suspect that the same thing is happening now.

From 1932 until 1972, the U.S. Public Health Service denied potentially lifesaving treatment to syphilitic African-American men as part of a study of their disease. And starting in the 1950s, the Central Intelligence Agency secretly tested LSD and other drugs on psychiatric patients. It also hired prostitutes to lure unwitting patrons to CIA safe houses, where the agency slipped LSD into their drinks and observed their reactions.

Meanwhile, the CIA and the Federal Bureau of Investigation illegally wiretapped and harassed thousands of civil rights and antiwar activists, including Martin Luther King Jr. The FBI even sent a tape recording of King making love with one of his mistresses to his office, where the package was opened by his wife.

Then came Watergate, when President Richard Nixon and his aides conspired to spy on their political enemies and then conspired to cover all of it up. And the 1980s brought the Iran-Contra conspiracy, in which federal officials sold arms to Iran and illegally funneled the profits to rebels in Nicaragua.

And when the government wasn’t conspiring against Americans, it was spreading false conspiracy theories of its own. The great master of the genre was Sen. Joseph McCarthy, who blamed the Yalta accords, the Soviet hydrogen bomb, and the Communist takeover of China on “Reds" inside America. Indeed, McCarthy charged, the so-called fall of China reflected “a conspiracy so immense as to dwarf any previous such venture in the history of man.”

Yes, a small handful of duplicitous Americans passed atomic secrets to the Soviet Union. But the idea of a vast Communist conspiracy within the United States was itself a lie, hatched by McCarthy and others to whip Americans into a frenzy of fear.

To combat accusations of his own conspiratorial activities, meanwhile, Nixon spread false conspiracies about his predecessors. One Nixon aide faked a cable implicating John F. Kennedy in the murder of South Vietnamese leader Ngo Dinh Diem, then leaked it to the press.

In the wake of the attacks of Sept. 11, 2001, finally, the George W. Bush administration invented a conspiracy between the hijackers and Saddam Hussein. Just hours after the attacks Bush instructed counterterrorism chief Richard Clarke to investigate Saddam's role in them, turning aside Clarke’s protests that “al Qaeda did this.” Then Vice President Dick Cheney went on television to declare that 9/11 ringleader Mohammed Atta had met with Iraqi intelligence officials in Prague several months before the attack, even though FBI agents found records indicating that Atta was in the United States around that time.

No wonder that over one-third of surveyed Americans in 2006 said that the Bush administration had either planned the 9/11 attacks or knew about them beforehand and did nothing to stop them. And after so many years of government conspiracies, real and invented, no one should be surprised when Americans announce that Ebola, too, is a plot by their government.

Let’s be clear: There is no evidence whatsoever for the claims about President Obama spreading Ebola. The people who spread these lies are reprehensible demagogues, and we should do everything that we can to expose them as such.

But we should also keep challenging government secrecy and duplicity, which provide a fertile ground for conspiracy theorists of every stripe. After last year’s revelations that the government was secretly collecting phone records of millions of Americans, whether they were suspected of a crime or not, many Americans got a bit more suspicious of their government. Didn’t you?

When the government creates conspiracies, it encourages the rest of us to do the same. But if it's transparent, we're more likely to trust it.