Must-see morning clip: John Oliver reveals the true reason why this year's elections are so important

"All those conspiracy theories about a shadow government are actually true" 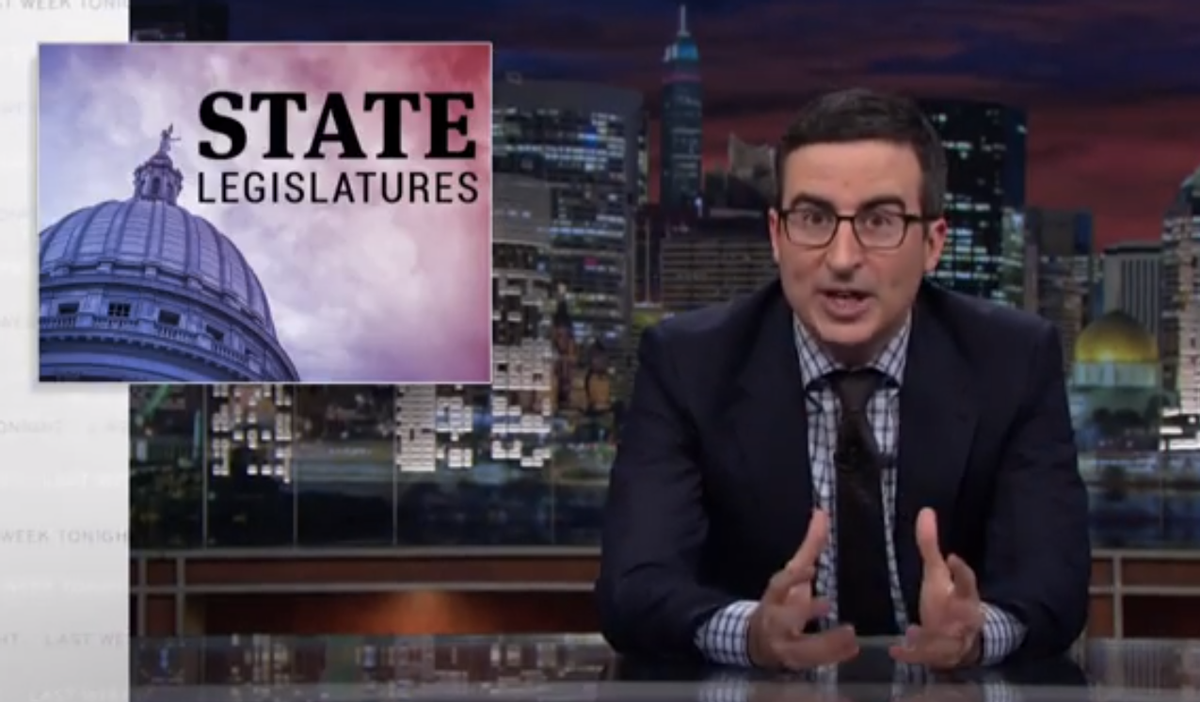 John Oliver pointed out the races we're not paying attention to during the midterm elections: The ones for state legislatures. While everyone worries about the "do nothing Congress," state legislative bodies are passing a lot of bills -- more than 24,000 bills this session, Oliver explained.

"Look, state legislatures are hilarious. There's only one problem," the HBO host began. "Increasingly, they're the places where most legislation is actually taking place."

Yet nobody pays attention to state legislatures, and whom they elect.

"All those conspiracy theories about a shadow government are actually true," he joked. "Only it's not a group of billionaires meeting in a mountain lair in Zurich, it's a bunch of pasty bureaucrats meeting in a windowless committee room in Lansing, Michigan."