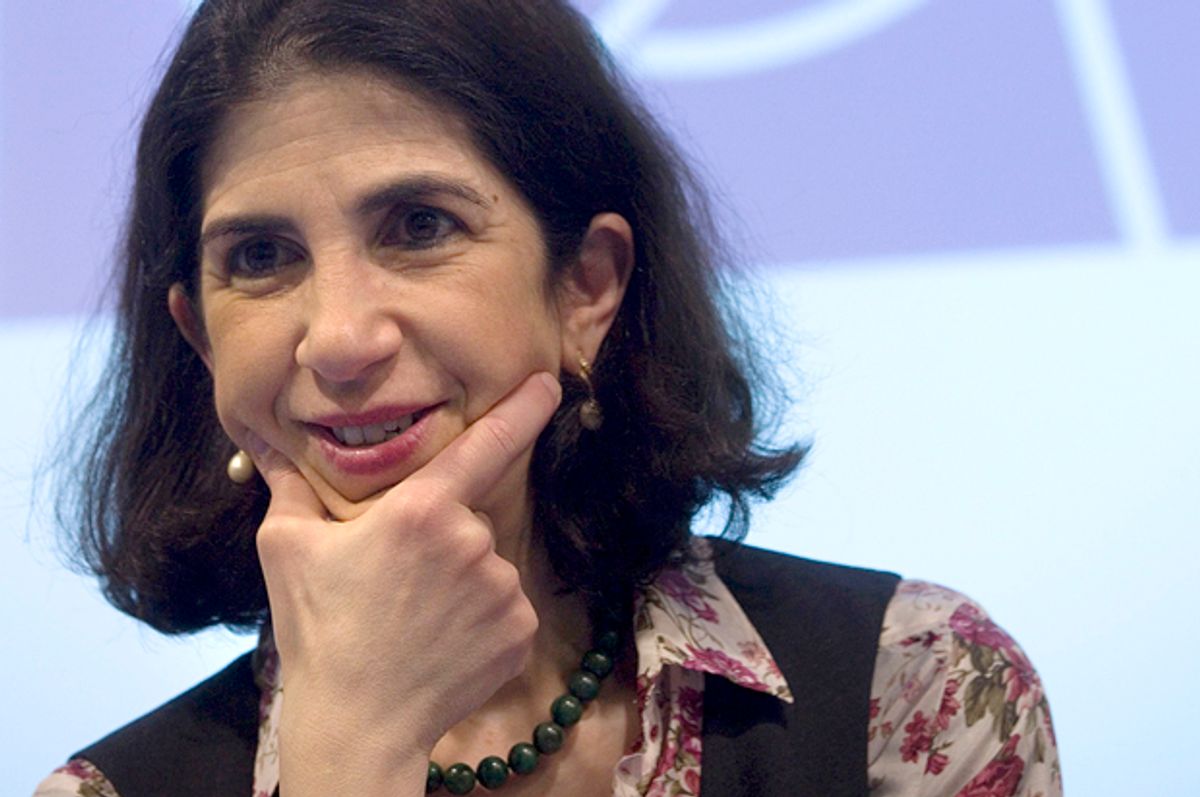 On Tuesday, the European Organization for Nuclear Research (more commonly known by its French acronym, CERN) announced that 54-year-old Italian physicist Fabiola Gianotti would replace Director General Rolf-Dieter Heuer in 2016. Gianotti will be the first woman ever to lead the prestigious institution.

Gianotti previously led Atlas, one of the experiments that led to the discovery in 2012 of the Higgs boson, a particle that helps physicists explain the existence of mass. That observation, the most important find in particle physics in half a century, landed Peter Higgs and Francois Englert a Nobel Prize in Physics last year for work predicting the particle's existence...

Gianotti joined CERN in 1994, working on experiments and helping the institute build its detectors and develop software to analyze data. She presented the Atlas results at a news conference in 2012 about the discovery of the Higgs boson, and was included in a list of the top 100 most influential women by Forbes magazine the next year.

Gianotti, who is also a serious pianist, says she was inspired to embark on a career in science when she read a biography of Marie Curie when she was 17-years-old. "Diversity is really a richness for mankind," she has said. "We will have to remain very vigilant" that young women scientists are give the same chances as men.

Lynne Palmer, partnership director at Women in to Science and Engineering (WiSE) said, "Fabiola Gianotti will be an inspiration for female scientists everywhere. We hope this will encourage many more girls to study physics."

In a statement, Gianotti said, "CERN is a center of scientific excellence, and a source of pride and inspiration for physicists from all over the world. CERN is also a cradle for technology and innovation, a fount of knowledge and education, and a shining, concrete example of worldwide scientific cooperation and peace...I will fully engage myself to maintain CERN's excellence in all its attributes, with the help of everybody, including CERN Council, staff and users from all over the world."