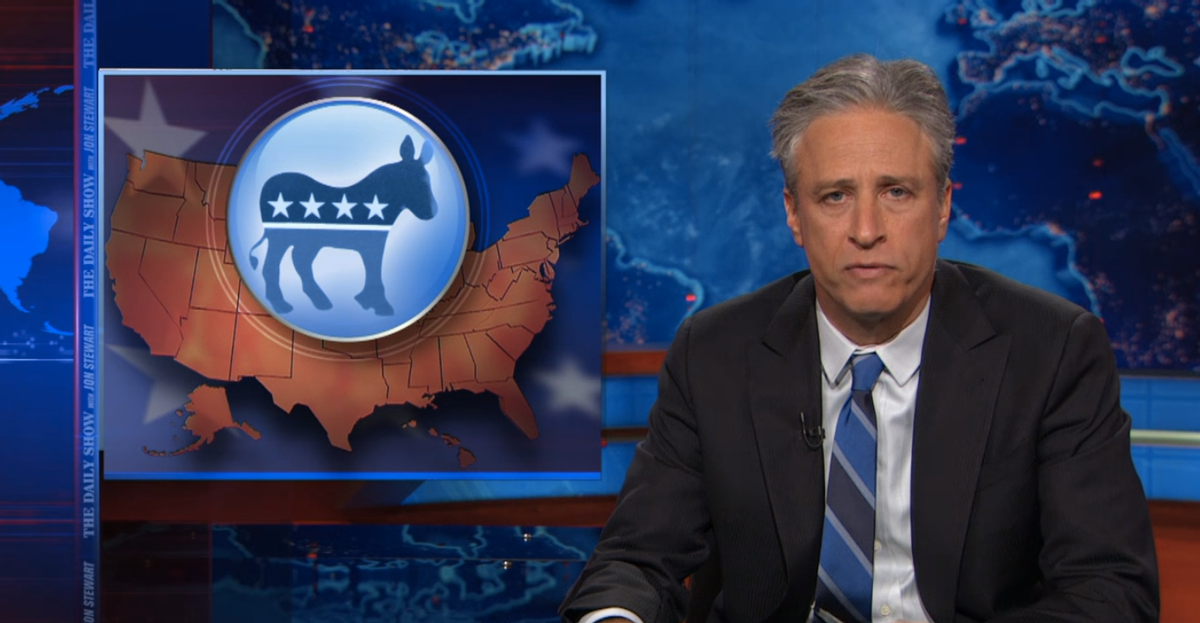 On the night before the midterm elections, Jon Stewart addressed a major issue on "The Daily Show": voter ID laws, which will keep thousands from voting in states including but not limited to Texas, Kansas, Tennessee and North Carolina.

Stewart especially laid into Texas where there were only two cases of voter impersonation found in the last decade, yet you cannot use your college ID to vote, and many have to go hours away from their homes to a place that issues government IDs. (You can use your gun registration as identification, however.)

"The young and the brown," Stewart joked about laws that affect young voters and minorities. "If only they could find a way to get women on there they'd nullify the Democrats' triple crown."

Stewart summed up the voter ID laws thusly: "Onerous laws to prevent nonexistent fraud that happens to tilt the elections in favor of the rational argument for governance the Republicans never actually made, all presented with the highest of ideals!"