President Obama has quietly been doing local interviews around the country this week. Why all the sneaking around? 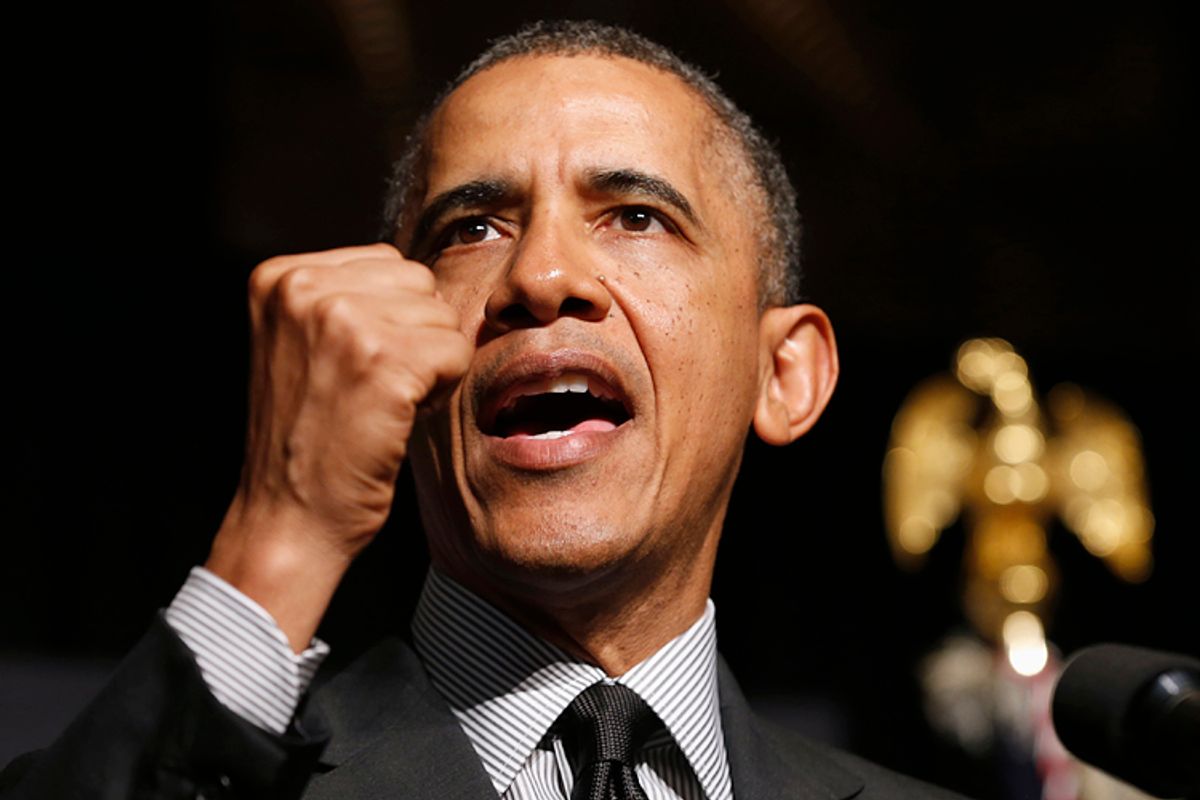 Here's the playbook for most Democratic campaigns this cycle: The candidates work tediously to separate themselves from President Obama in order to keep swing voters within reach, even though they agree on any number of popular items like increasing the minimum wage, while relying on stealth campaigns to turn out members of the base with whom Obama is still popular. In Southern states especially, these come down to highly racialized electorates: the candidates will publicly distance themselves from the administration to appeal to white swing voters, while President Obama himself tries to reassure black voters among whom his approval ratings are still high.

It's... awkward. And the past 48 hours have compressed that awkwardness into something of a carnival.

The problem with Obama's strategy of turning out the base before this week was that if he went on a radio show and said "these candidates vote with me," or something to that extent, GOP campaigns could turn that soundbite into attack ads of their own. But in the last couple of days, campaigns are largely done making attack ads for major media markets. So Obama has had free reign -- sort of -- to say whatever he wants and not have that come back to hurt Democratic campaigns.

Lo and behold, it turns out Obama has done 14 very unpublicized radio interviews in the past two days. Only this evening did the White House release the list.

Obama also cut radio ads for North Carolina Sen. Kay Hagan and Florida gubernatorial candidate Charlie Crist at the last minute. Perhaps there were more? No one really knows for sure, because the campaigns aren't even acknowledging them.

You've got to wonder about this strange, strange dance they've been doing all election season. Democratic candidates pretend they've never even heard of President Obama, and that they'd never vote for something he wanted! Then, at the last minute, without informing the press, the President swoops in and tries to tell base voters to turn out and vote. It's all very... uncomfortable. If only there had been a way for the candidates to say, "I agree with the President about things like the minimum wage, equal pay for women, and rebuilding roads and bridges, but maybe not on guns and stuff," instead of anxiously duct-taping together this Rube Goldberg strategy.