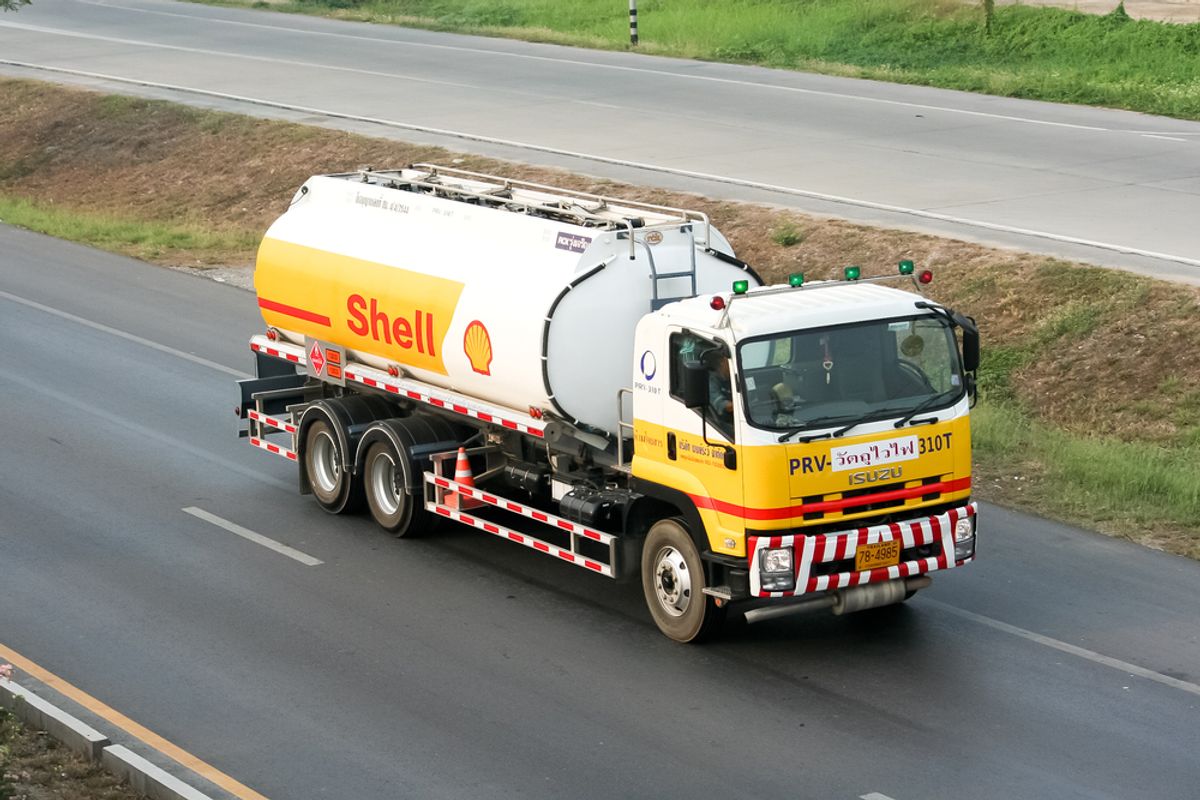 Even Big Oil is trying to hop on the climate bandwagon: London Tuesday played host to the 18th Annual Chatham House Conference on Climate Change, sponsored, for some reason, by Shell.

The oil giant has been making a big show around London of touting its commitment to fighting climate change. That'd be great if it were true, though as RTCC points out, the company is mostly emphasizing its planned carbon capture and storage facility, which only prevent a small fraction of emissions from Shell's massive amount of oil from entering the atmosphere.

Plus it's hard to square Shell's pro-climate messages with, say, its push for Arctic drilling, or, let's face it, the IPCC's conclusion that the world needs to get rid of fossil fuels completely by the end of the century if we want to avoid “severe, pervasive and irreversible” impacts. In other words, it's kind of hard to greenwash oil.

I didn’t know Shell was sponsoring this conference when I agreed to do it, but I’m glad for the chance to say in public that Shell is among the most irresponsible companies on earth. When they write the history of our time, the fact that Shell executives watched the Arctic melt and then led the rush to go drill for oil in that thawing north will provide the iconic example of the shortsighted greed that marks the richest people on our planet.

McKibben gave all fossil fuel representatives present a chance to respond; none volunteered to do so.