A series of racist and sexist tweets about ESPN host Cari Champion lost him a gig. Now he's mad at "PC groups" 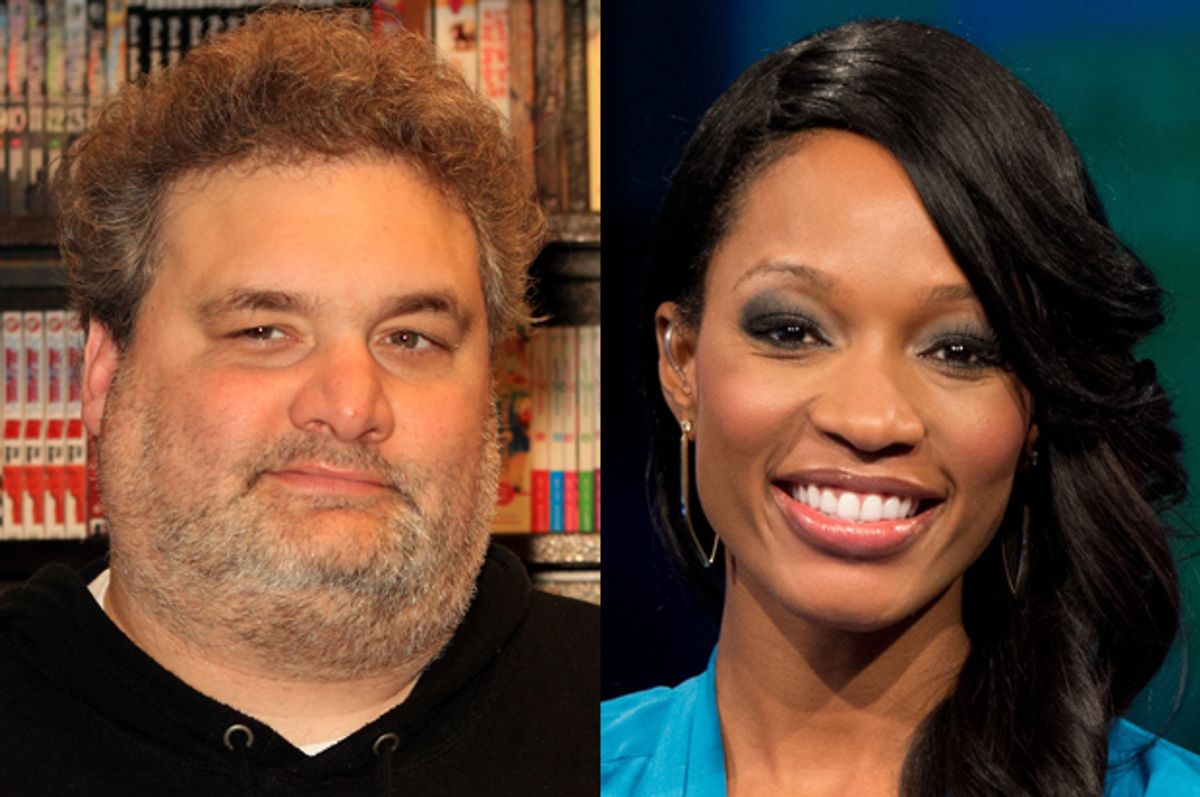 But Lange wasn't just writing sexually degrading things about Champion ("jokes!") -- he was tweeting at her, including her handle in the stream of comments and making her an audience to his racism and misogyny. The comments alone were vile, but Lange forcing Champion to receive an alert about them made the whole gross enterprise even grosser.

#IStandWithCari started trending soon after, and ESPN issued a statement condemning Lange's comments. "His comments were reprehensible and no one should be subjected to such hateful language," the network said Wednesday. "They objectify and demean one of our valued employees under the thin guise of 'comedy' and are offensive to all of us. We will not dignify them with any other comment."

Pressure from Twitter, led by many women of color who first called Lange out, also lost him an appearance on @Midnight, which made him very mad at "PC groups," which he expressed in a series of tweets on Wednesday:

This observation came while I was watching one of my favorite TV shows ESPNs First Take. I also noticed she was black. I then thought it would be funny to tweet JOKES about that observation. A decision which might be the end of modern comedy. I tweeted jokes that in the past I would've said in privately in my home among friends. I know black women who could join me and handle it. I won't debate if the tweets were funny. That could take minutes of precious time left in my career. The issue is do they warrant an apology. Tricky question. I would rather load trucks for a living then ever apologize to one of these awful PC groups ruining the country. So that's a NO. But if it upset the lady in question that's another story. Let me say to Cari Champion if this hurt u in any way I'm sorry. I'm a comedian. Sometimes I'm funny! For the record my moms disgusted w the tweets. But if I based my humor on my mom I'd be broke. They're now telling me I can't appear on @Midnight tonight cause of the pressure they're getting from these groups. But who cares. I love the show & it's my living but who cares. These groups have won again. All I care about is @CariChampion Truly.

All he cares about is Cari Champion, you guys. That's why he made her the target of some really disgusting bullshit. To show how much he cared. Truly.