Before the NYT vows section made us hate print wedding announcements, there were charming, simple ones like this 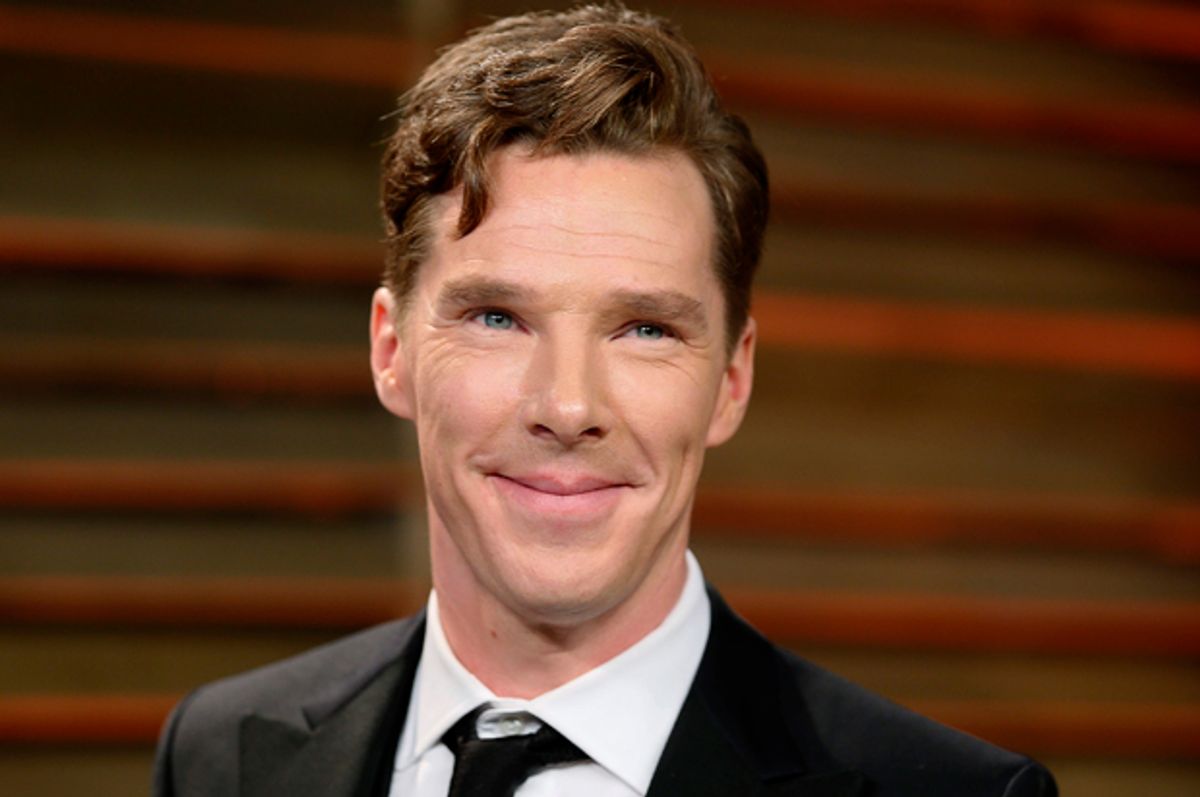 It's not just the news that Benedict Cumberbatch is engaged that led to the sounds of hearts around the world breaking into tiny little shards on Wednesday. It was the adorable, restrained way the upcoming nuptials were announced.

In a world in which wedding proposals are calculated to go viral and popping the question now requires a photographer lurking nearby to record and Instagram the moment, Cumberbatch and his bride to be, director and actress Sophie Hunter, apparently did the unthinkable recently and got engaged privately. They then went quietly old school with a small announcement under the "Forthcoming marriages" on page 57 of  the (UK) Times. A newspaper made of actual paper! On page 57! The notice reads simply that "The engagement is announced between Benedict, son of Wanda and Timothy Cumberbatch of London, and Sophie, daughter of Katharine Hunter of Edinburgh and Charles Hunter of London." No gleeful selfie. No exclamation points, even. Instead it is, as the BBC notes, a declaration that's downright "modest."

All couples are different and so are all engagements. But there's something so against the current grain in Cumberbatch and Hunter's sweetly understated announcement, that it bears pointing at and saying to other couples: Please. This. And all of you who are already succinctly and non-boastfully already doing it – I salute you.

The marital announcement, much like the update in the college alumni magazine, has become in recent years a shameless display of braggadocio -- a litany of accomplishments, a conspicuous assertion of wealth, and, often, a mention of entirely unearned distinction. Behold, for example, the New York Times wedding announcement of September that ends with the kicker, "The groom is a descendant of Cornelius Vanderbilt." Another recent announcement ends with the mention that "The groom’s maternal grandfather, M. Donald Grant, was the chairman of the New York Mets from 1962 to 1978." So desperate to be spectacular has the whole process become, no wonder a typical "Vows" last year earned the distinction of "most unhinged column ever." As a colleague noted Wednesday, "The NYT is one of the last bastions of the practice and it does it in such a snobby and pedigree-obsessed way." Similarly, note how when Sean Parker got hitched last year, it was with full Vanity Fair coverage of the "lavish," straight outta Westeros proceedings.

Yet Cumberbatch, a legitimately successful person who will likely be nominated for an Academy Award in the near future for "The Imitation Game," and his smart, hardworking fiancée, Hunter, have entirely eschewed what could have been an easily grand LOOK AT ME gesture larded-up with status markers for a small, quiet declaration. You don't always have to go big.

Cumberbatch and Hunter don't need to have an announcement that reads like a LinkedIn listing, or to refer to long-dead relatives to boost their own credibility. They're just two people who are getting married, one of whom happens to be famous.