Down with Daylight Saving Time!

The ritual's energy savings are negligible, and the long winter nights are making us all miserable. Enough already 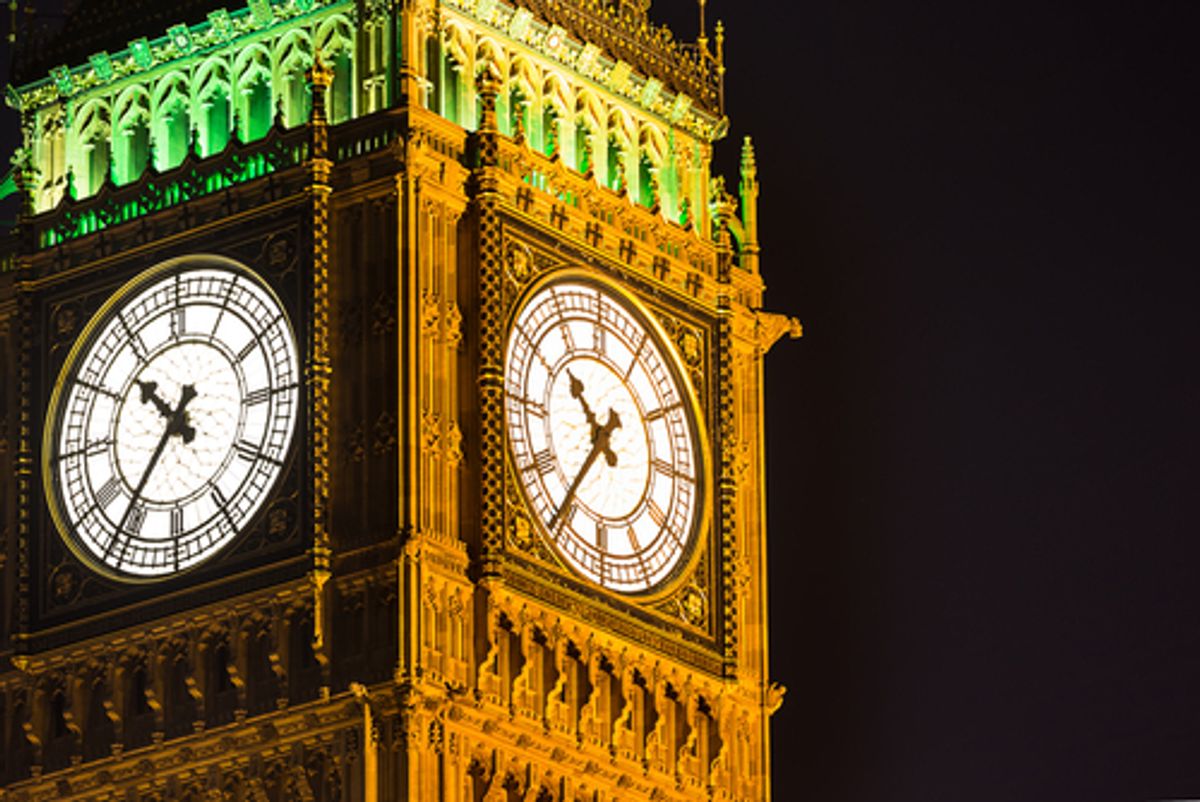 When you get right down to it, Daylight Saving Time is a national holiday.

This is not intended as a compliment. After all, given the seriousness with which Americans take the chronological transition and the disruption it causes to our daily lives, we’re led to assume that it serves some sort of constructive purpose. Usually it's something to the effect of needing to save energy and help farmers.

In fact, DST often loses as much energy as it saves, has been opposed more vociferously by farmers than any other group, and is a genuine public health menace. If that's not bad enough, it also distracts attention from serious approaches offered by the digital age when it comes to dealing with the important problems DST attempts to address.

In fairness to this venerable ritual, there are still those who present arguments in favor of DST. Countries farther away from the Earth’s equator can experience a significant difference in daylight hours between winter and summer, which DST arguably helps offset. National tourist industries from Northern Ireland to Australia claim it stimulates spending by encouraging people to stay out later. The idea also has a truly distinguished intellectual pedigree, tracing back to the water clocks of ancient Rome (which used different scales for each month) and stretching all the way up to a tongue-in-cheek proposal penned by Benjamin Franklin in 1784.

Unfortunately for DST proponents, the case against it overwhelms all of the aforementioned benefits. As a recent piece by Alexander Abad-Santos in the Atlantic observed, there is plenty of evidence that the actual energy savings from DST are not only minimal, but can even be offset by the law of unforeseeable consequences (e.g., energy costs going up from the use of air conditioners after the lights go off in the middle of the day).

By contrast, there is little dispute that it exacerbates Seasonal Affective Disorder (SAD) and results in temporary sleep disorders that increase national rates in heart attacks and medical equipment malfunctioning (studies are conflicted on whether it reduces or increases car accidents). There have been plenty of occasions in which DST has wreaked havoc on our infrastructure, from the chaos in mass transit and broadcasting from 1945 to 1966 (when states and localities could choose if and when they observed DST) to the $147 million lost in 2007 when airline schedules were thrown into confusion for a month (only 70 countries in the world use DST).

Finally, farmers oppose DST because it upsets milk production in cows (a particularly big deal in developed countries that can’t mechanize the milking process) and makes it harder for farmers to get their crops to the market during the sunlight hours. Polls show that more and more Americans agree with them, with only 37% of Americans supporting DST according to a Rasmussen Poll in 2013—down eight points from the year before.

On top of all this, though, there is one reason to oppose DST that trumps all the others: Namely, how it distracts from the opportunities provided by early 21st century technology to meaningfully confront the issues of energy conservation and helping American farmers.

One dimension of this is cleanweb. As a Christian Science Monitor article by David J. Unger put it, “Internet communications, inexpensive sensors, and data analytics are enabling a high-tech, holistic approach to energy efficiency. In the past it was, ‘How do I design an efficient light?’ Now it's, ‘How do I design a whole network of efficient lights that talk to one another via Web communications, adjust output automatically, and report back through online data portals that optimize performance?’”

Digital technology is enabling a level of synchronization in energy-consuming technology that was inconceivable when Franklin penned his essay 230 years ago. It is now possible for the average consumer to not only monitor all aspects of their energy consumption, but to use that data to make necessary alterations in their lifestyles. In one particularly drastic case-in-point from the Christian Science Monitor article, a Chicago 177,413-square-foot building that used to incur more than $50,000 a year in energy reduced its bill to less than $5,000.

The Internet has also done enormous work in unifying different groups of people around the issue of energy conservation. One conceivable argument that could be used to defend DSL—namely, that it prompts the nation to act with a single purpose around an issue of genuine importance—can be offset when you account for the Internet’s value as a tool for political mobilization. To cite one famous example: When An Inconvenient Truth became one of the most successful documentaries of all time in 2006, it was because Al Gore and the producers took advantage of social media and other Internet sources for spreading awareness of their movie and bringing it to the attention of sympathetic groups online.

The same, incidentally, is also true when it comes to the issue of protecting America’s farmers. While there are a myriad of forces imperiling the American family farm today, one of the biggest problems is the rise of super-conglomerates like Monsanto, which uses seed production and lawsuits against small farmers to eliminate family farms as opponents. While Monsanto would have quite possibly remained an obscure offender among America’s corporate oligarchy in the pre-Internet era alongside the likes of Koch Industries, the Internet has allowed worldwide grassroots movements with millions of followers like March Against Monsanto to arise against it.

For those who genuinely want to support American farmers, anything but DST would do the trick, and using the Internet to oppose bullying companies like Monsanto is a good way to actually mobilize on a national level.

To return to an earlier point: If DST was simply a harmless national ritual, like releasing fireworks on the Fourth of July or carving pumpkins onHalloween, it could be allowed its inconveniences. Considering that it actually works against the causes it claims to advance, and persists at a time when the Internet makes real solutions possible, it is completely unjustifiable. Daylight Saving Time needs to be a thing of the past.