Knox has a job writing about the local arts scene for a Seattle paper -- and based on her archives, she's not bad 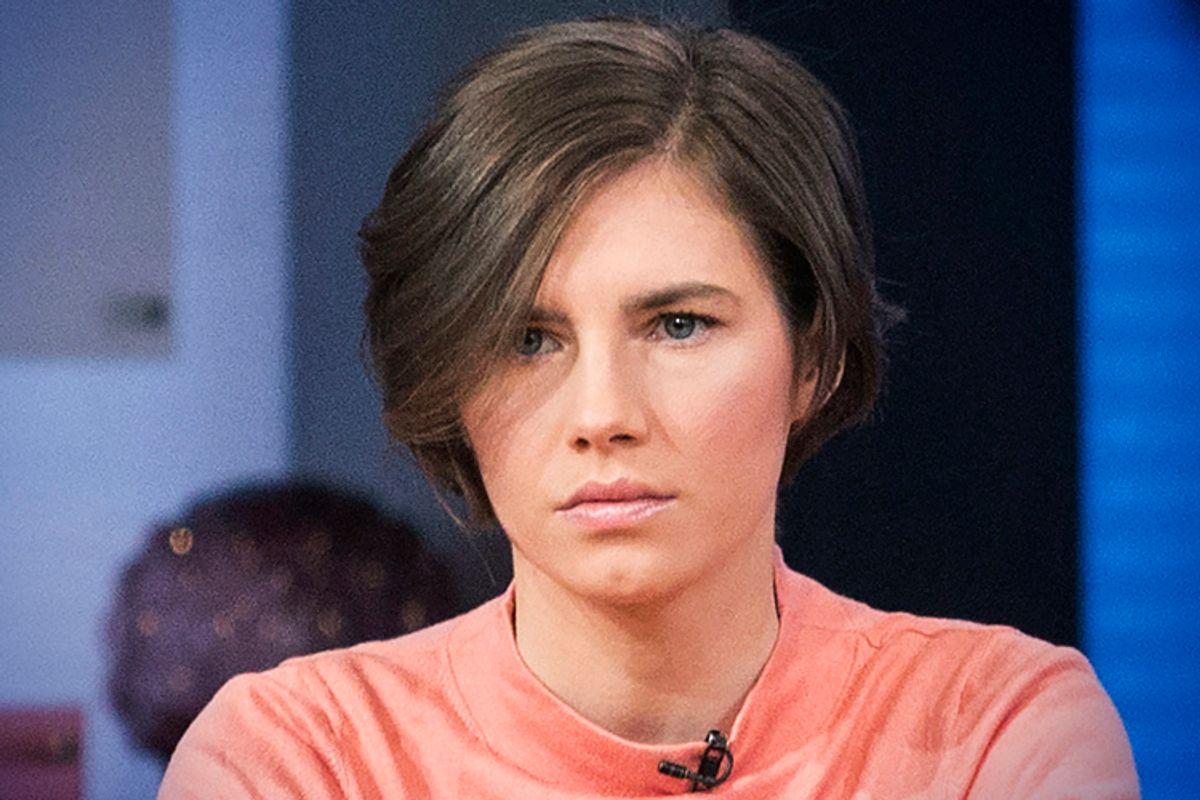 As one-liner headlines go, this one’s a beauty: “Amanda Knox, Cub Reporter: The Convicted Murderer Is Now Writing Theater Reviews for a Small Seattle Paper.” It has all of the irresistible hallmarks of click-bait: a notorious media circus name-checked in an incongruous situation, with a side of small-town loopiness to boot. It’s “Waiting for Guffman” meets “Twin Peaks.” But a close look at Knox’s writing reveals she’s not such an outlandish hire; her arts writing shows legitimate promise. The West Seattle Herald could definitely do worse.

Knox was convicted in Italian courts for the 2007 murder of her study-abroad roommate, but the conviction was overturned on appeal, and she’s been home in Seattle since. When the case was re-appealed to the Italian Supreme Court, she was convicted again, in absentia. Her memoir “Waiting to Be Heard” was published last year by HarperCollins, but the reported $4 million advance is already gone, eaten by legal fees and travel costs. Like the rest of us, Amanda Knox needs the work.

She was lucky enough to be given a break by her own neighborhood paper, the modest West Seattle Herald. The editor insists it’s not a publicity stunt, he just felt like giving “a young, talented writer an opportunity at a normal life.”

You can’t say she’s not paying her dues. They don’t have her writing a celebrity column on the media or criminal justice. Instead, Knox is working the typical novice beat, covering human interest stories (a local Kickstarter for cashew milk — so Seattle!) and the arts on a very local level. For an arts reporter, previewing a local high school’s production of “Rosencrantz and Guildenstern Are Dead” is not exactly a prestige assignment, but it’s clear that Knox takes her work, and theirs, seriously.

“The set is clearly a construct, begging the audience to exercise their imagination and at the same time recognize the artifice,” she writes as the West Seattle High Drama Club prepares for opening night. “The characters from Hamlet — the King, Queen, Laertes, Ophelia, the players — will each be played by multiple members of an ensemble cast, so that the audience won’t be able to pin down characters by their most defining human aspect: their faces.”

When she fully assumes the role of critic, as she does reviewing a recent production of the critically acclaimed off-Broadway musical adaptation of the 1991 Vietnam film “Dogfight” (a lesser-known River Phoenix vehicle) at Seattle’s Arts West, she writes clearly and thoughtfully about both the play and the production, a distinction often lost on early-career critics. But not Knox!

First, she offers the sweeping analysis, then follows up with significant detail:  “Soldiers with the emotional maturity of middle schoolers compensate for their instinctual yet unconscious fear by buying into the propaganda of entitlement and objectification drilled into them by macho military culture. They flex their muscles and hump the air, remind each other “You’re a Goddam hero!” but sing with high voices and quaver in the face of tattoo needles and condoms.”

Nothing’s more boring to read than plot summary, and Knox knows it. Instead, she explains how the director and cast approach the story: “The boy-warriors are portrayed as both violent and vulnerable, cruel and comic, inspiring contradictory feelings in the audience — affection, pity, sympathy, and disgust. The ‘ugly girls’ are even more comically exaggerated, begging to be laughed at despite their victimization.” And she doesn’t shy away from the music, offering praise for a stand-out singer and “beautiful, thoughtful, and difficult score” whose “complex harmonies and cadences … beg to be heard.” Bonus points for the arresting image used to describe the set: “one is reminded of the artistry of an anthill set between two panes of glass.”

This small body of work (Knox wrote under a pen name at first, to avoid all of this public chatter) demonstrates that she is a thoughtful writer well on her way to developing a strong voice and critical eye. Did being at the center of an international murder mystery make her editor respond faster to her first pitch? Maybe. But we all have to start somewhere.