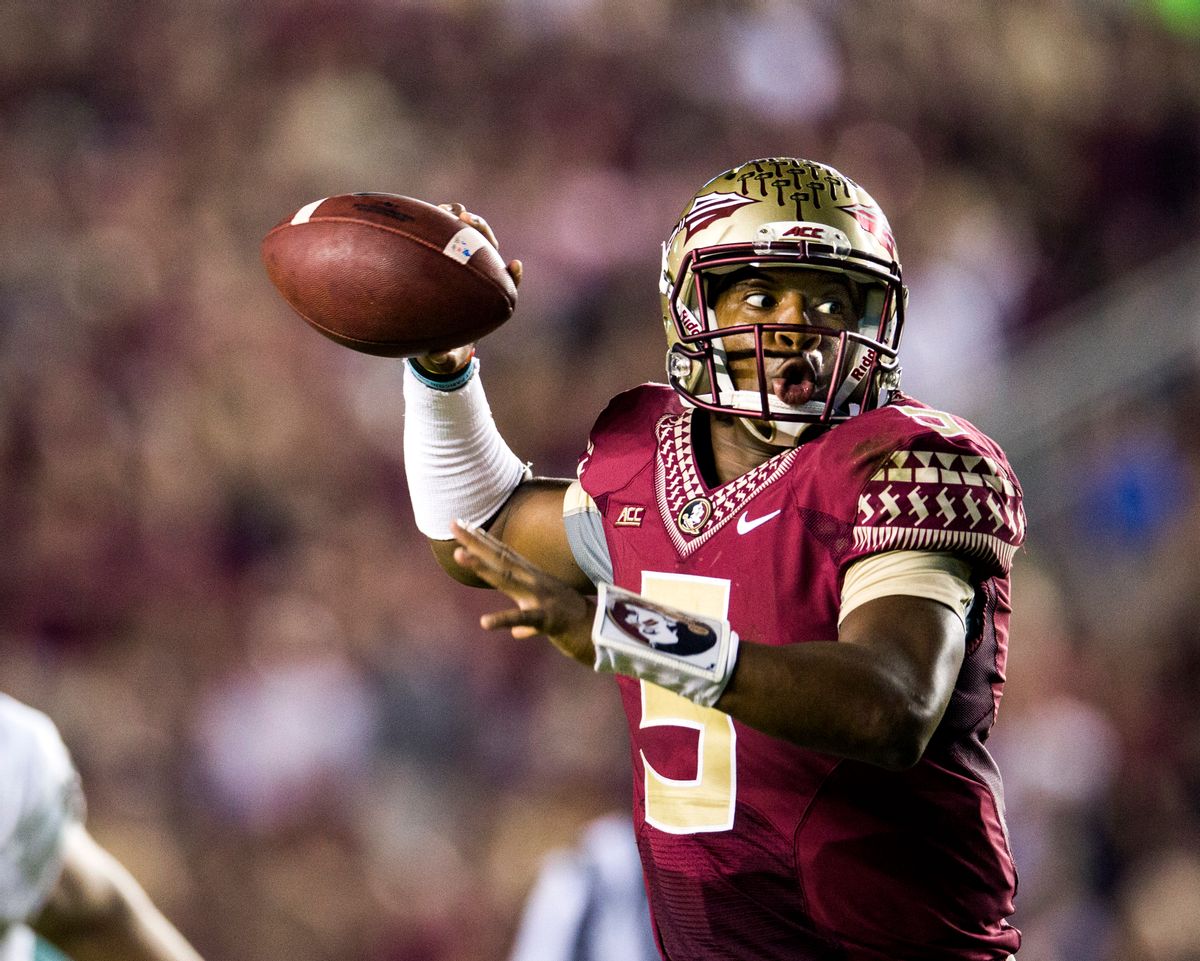 Florida State University, which has been roundly criticized in recent years for its alleged mishandling of sexual assault investigations, has set a date for quarterback Jameis Winston's code of conduct hearing over rape charges brought against him nearly two years ago. After the school's announcement, the Heisman Trophy winner's attorney, David Cornwell, took to Twitter to accuse FSU of giving his client too little time to prepare for the hearing -- but that's not all. In his complaint, Cornwell disregarded standard practice for reporting on ongoing sexual assault investigations and used the name of Winston's accuser.

According to the Orlando Sentinel, this is not the first time Cornwell has publicized the accuser's name; the attorney has used the woman's name "multiple times in the past" because, he argues, her claims of sexual assault "have been proven unfounded by the state attorney’s decision not to pursue charges." The state attorney's decision not to pursue the case, which was reached a year after the assault was initially reported, came after prosecutors determined there was not enough evidence to secure a conviction. The Tallahassee Police Department failed to refer the case to the state attorney's office until 11 months after the alleged sexual assault occurred, and has since been called out for seemingly brushing aside the Winston incident, as well as several others involving FSU football players.

The high-profile Winston case has already provided a prime example of why the accusers in ongoing sexual assault cases typically go unnamed. There have been a number of reports indicating that the quarterback's accuser has faced intense public scrutiny and shaming, both on campus and online, since reporting an assault in December 2012. Winston has maintained his innocence and continued playing football, while his accuser has been charged with trying to ruin the team's success.

One of the accuser's attorneys, John Clune, rejected Cornwell's claims that the code of conduct process was unfair to Winston, and told the Sentinel that both parties received materials to prepare for the Nov. 17 hearing at the same time. Additionally, Clune refuted the notion that his client ever filed a complaint with FSU; the school is required to investigate in accordance with Title IX. FSU is already under investigation by the Department of Education for failing to comply with the law.

"A school's Title IX obligations to investigate are triggered by learning of a report of sexual assault which happened almost two years ago in this case," Clune said. "If Mr. Winston has concerns about why the process took so long, a delay that kept Mr. Winston playing football, he can take that complaint up with Florida State.”

Winston's hearing will be overseen by Major Harding, a former Florida Supreme Court chief justice, who will review whether the player violated any of the four sections of the student code of conduct, two of which relate to a victim's consent in a sexual act. If he is found in violation, Winston could face sanctions ranging from verbal reprimand to conduct probation (which means no football) to expulsion.