New Zealand model re-creates viral catcalling video, does not get catcalled at all 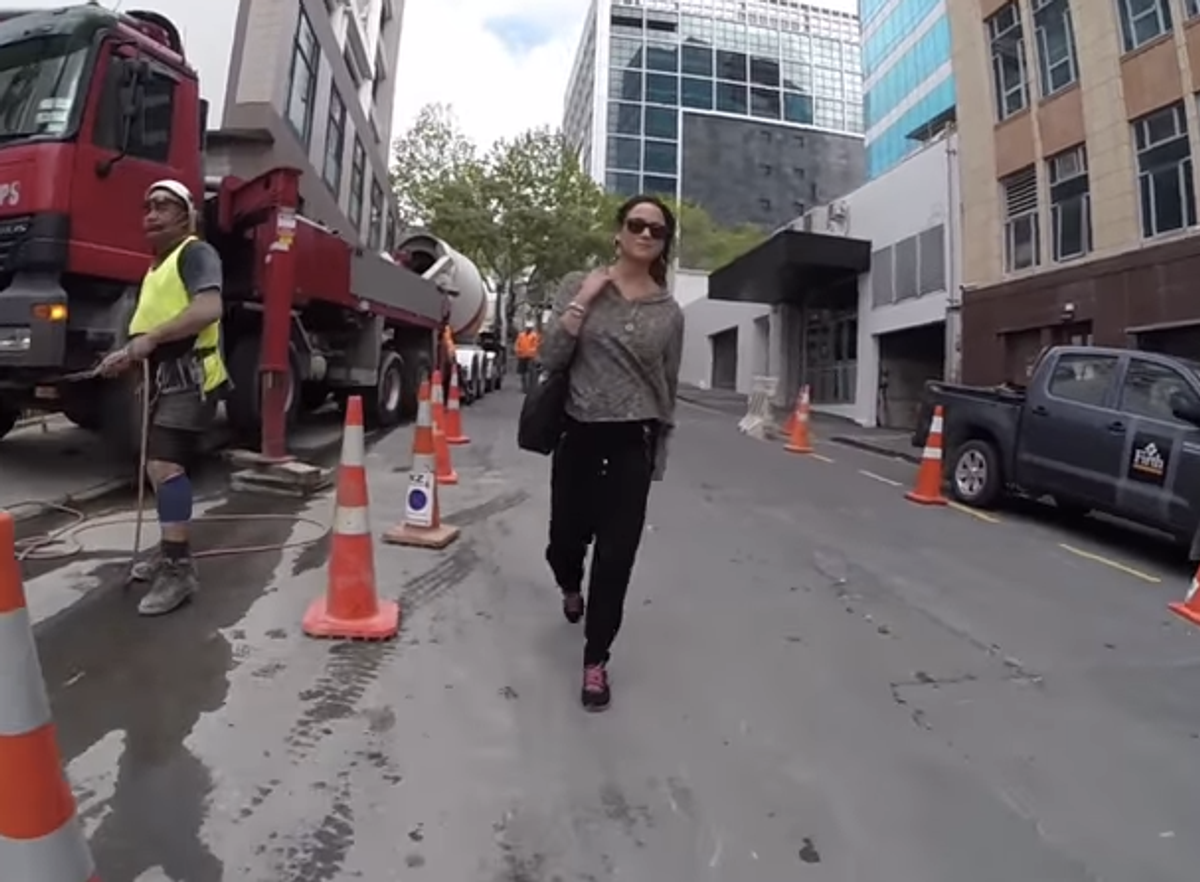 You might have seen the video that went viral last week of a woman walking through the streets of New York City for a day and receiving catcall after catcall after catcall. (You might have even sent me hate mail about it!) The clip, produced by the anti-street harassment organization Hollaback, quickly sparked a debate about catcalling that stalled almost as fast, with many women speaking up about the discomfort they feel on the street only to be shut down by men who say harassment isn't a problem (or that it isn't harassment at all).

In an interesting test of the "boys will be boys" hypothesis, the New Zealand Herald decided to re-create the Hollaback video on the streets of Auckland, recruiting a model named Nicola Simpson to star. As in the New York video, Simpson walked around the city for 10 hours behind a hidden camera chronicling her trip. And guess what happened? She received zero catcalls. None. Not one.

Simpson was stopped twice, both times by men; one asked if she was Italian, and the other asked for directions. If this is catcalling, it's markedly different from the U.S. variety. The experiment does suffer from its lack of a controlled variable, and it's impossible to overlook the fact that Simpson is not Shoshana Roberts, the actress in the original video; the two also look virtually nothing alike. But you know who also doesn't look like Shoshana Roberts? Amanda Seales, the comedian who recently went on CNN to say that she regularly experiences verbal harassment similar to that shown in the Hollaback video. And who else? Lindsey, the Minneapolis woman who made headlines for filming her interactions with catcallers when she stopped to ask them why they felt it was their right to engage with her.

You know what? I also don't look like Shoshana Roberts, and I encounter catcallers all the time. In fact, I even encounter catcallers at times when I definitely couldn't be confused for Shoshana Roberts, or, really, for a human woman -- that is to say, I have been catcalled in the dead of winter, while wearing a puffy hooded coat that obscures the majority of my body and all of my hair, along with a scarf covering all of my face but my eyes. Yes, even when the only parts of my body visible to passerby were my calves (in pants) and my feet (in snow boots, which covered part of my calves), men still shouted after me, "Damn, baby, you are beautiful."

These are not scientific examples, no; they aren't isolated ones, either. Street harassment also is not a scientific problem. It is a cultural one. And it is one that should not be shrugged off when so many women agree that unwanted catcalling is a common occurrence, and when so many women agree that it makes them feel uncomfortable or unsafe. Plenty of other women don't feel unsafe at all, but they also want to be left the hell alone. And they have every right to actually be left the hell alone -- kind of like Nicola Simpson, who was able to move through the streets and through her day unmolested.

If it really is men's intrinsic instinct to go after women on the street, shouldn't that mean that men all around the world find themselves unable to suppress the "damn honeys" coming out of their mouths, just like the men in New York City? Shouldn't that mean the men in Auckland would respond the same way? Or did those boys just not feel like being boys that day?