The former Senator's carpetbagging leap northward didn't work out. Will he regret that relocation? 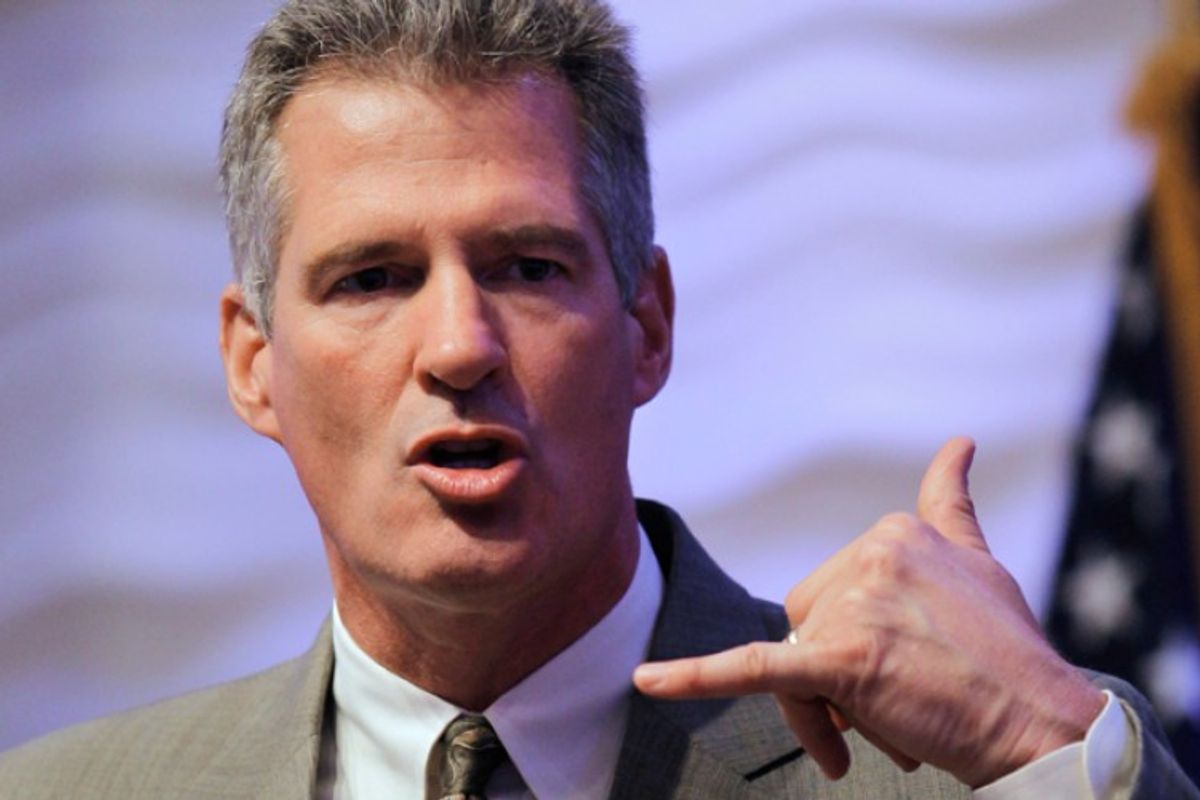 Aww, poor Scott Brown tried to move to New Hampshire and be a senator from New Hampshire and it didn't happen. A pity. He made a good run of it in the last few weeks, though, with a noble campaign of fearmongering about Ebola and ISIS and the border, and ISIS dudes infecting themselves with Ebola and carrying it across the border. He has a lot to be proud of. And he got to drink a lot.

Is Scott Brown political career over? Probably not. Maine Republicans are going to need someone to run against Angus King in 2018. Connecticut -- maybe he could do Connecticut in one of the next two cycles. Or, like the noble homesteader, he could take his bindle and his red truck westward, out Californey-way, and start life anew, with a new name, a new collection of opportunistic policy stances. He is still a relatively young man. He has years.

Here's something he'll be asking himself, though: why didn't he just stay in Massachusetts and continue his political career there?

Brown lost his 2012 Senate race in Massachusetts, but it wasn't because he was unpopular. He remained relatively popular for a Republican in Massachusetts. He just happened to run into the tour de force that was Elizabeth Warren -- in a presidential electorate. He could have taken his chances later.

He decided not to run for Massachusetts Governor this year. Seeing how another Republican, Charlie Baker, is predicted to beat the perennially weak Democrat Martha Coakley tonight... is there any doubt that Scott Brown could have won that if he'd wanted it? Or that he could've given Democratic Sen. Ed Markey a run for his money tonight?

Instead, Brown thought he could take on a popular Senator and former governor in New Hampshire. It didn't work out, and now he's rootless.