Study explains why we would rather help one child than many

You're not a bad person ... probably 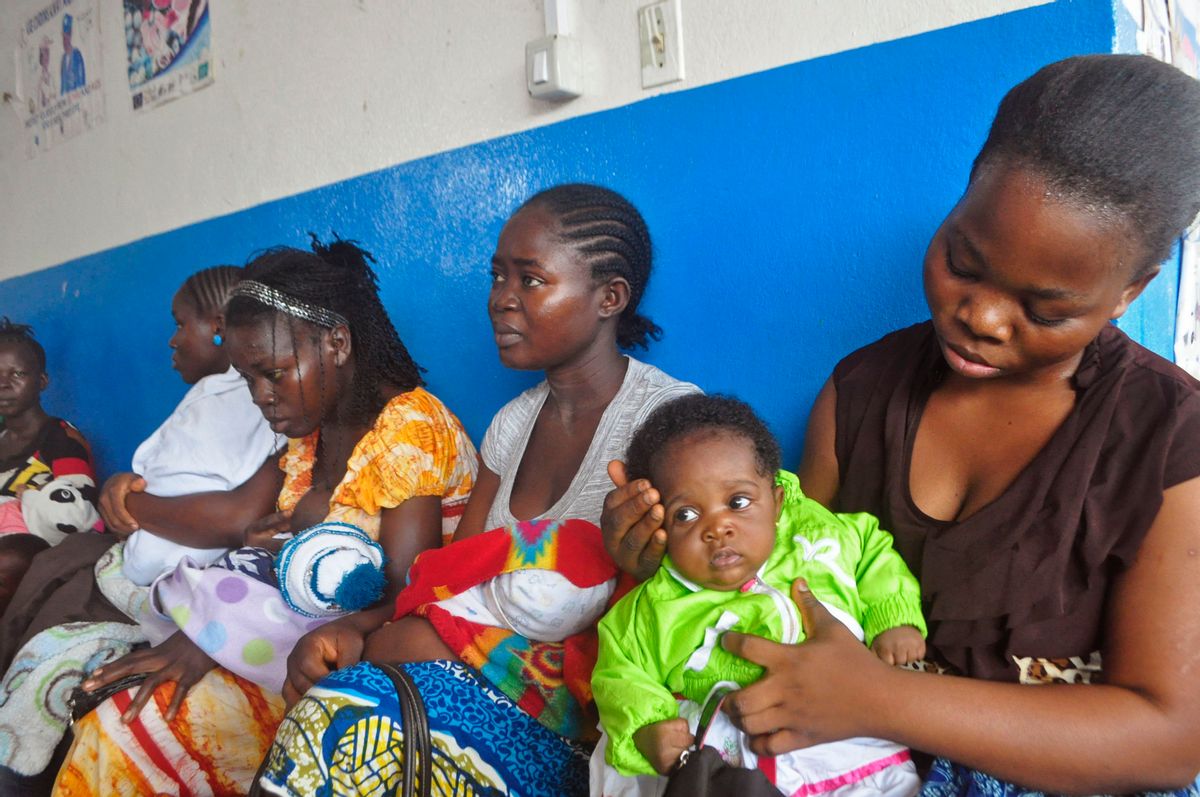 In this photo taken on Monday, Nov. 3, 2014, mothers wait inline for their children to be vaccinated by heath workers at the Pipeline Community Health Center, situated on the outskirts of Monrovia, Liberia. The Ebola outbreak has spawned a silent killer, experts say: hidden cases of malaria, pneumonia, typhoid and the like that are going untreated because people in the countries hardest hit by Ebola either cannot find an open clinic or are too afraid to go to one. (AP/Abbas Dulleh)
--

Why are we so quick to give a dollar to a crowd-funding campaign for a stranger's sick daughter, but hesitant to donate to charities working to fight Ebola? University of Oregon psychologist Paul Slovic, who has dedicated his career to studying why and how humans make decisions and analyze risk, attempted to answer this question.

To do this, he presented two groups of volunteers with the opportunity to donate money to help a starving girl. To the first group, he just told them of the girl's plight, but to the second, he also contextualized her suffering with statistics about millions of other children who also are starving. Theoretically, the second group would want to donate the same amount, if not more than the first group.

"What we found was just the opposite," said Slovic in an interview with NPR. "People who were shown the statistics along with the information about the little girl gave about half as much money as those who just saw the little girl."

Slovic suspects that this is because volunteers in the first group knew a donation would make them feel good, while those in the second group thought something along the lines of, "This is such a huge problem; a few dollars can't possibly help."

Now if the human brain were a computer, the two conflicting feels wouldn't cancel each other out. We would still help the little girl even if we couldn't help everyone. But the brain is a master at unconsciously integrating different feelings. So the bad feeling diminishes the warm glow -- and reduces the impulse to give generously to help the child.

"It's really about the sense of efficacy," Slovic says. "If our brain ... creates an illusion of non-efficacy, people could be demotivated by thinking, 'Well, this is such a big problem. Is my donation going to be effective in any way?"

It turns out that the way to solve this problem, at least in the short term, is to follow advice my mother used to give me when I had far too much homework to do and didn't know where to begin: partialize. In other words, temporarily blind yourself to the massive work there is to be done and focus on one achievable task. For example, you can donate $10 to Nothing But Nets, which will send an insecticide-treated bed net to protect an African family from malaria. Boom, progress.