When the runoffs are over and the winners sworn in, the tally will likely be different. For now, it's a milestone 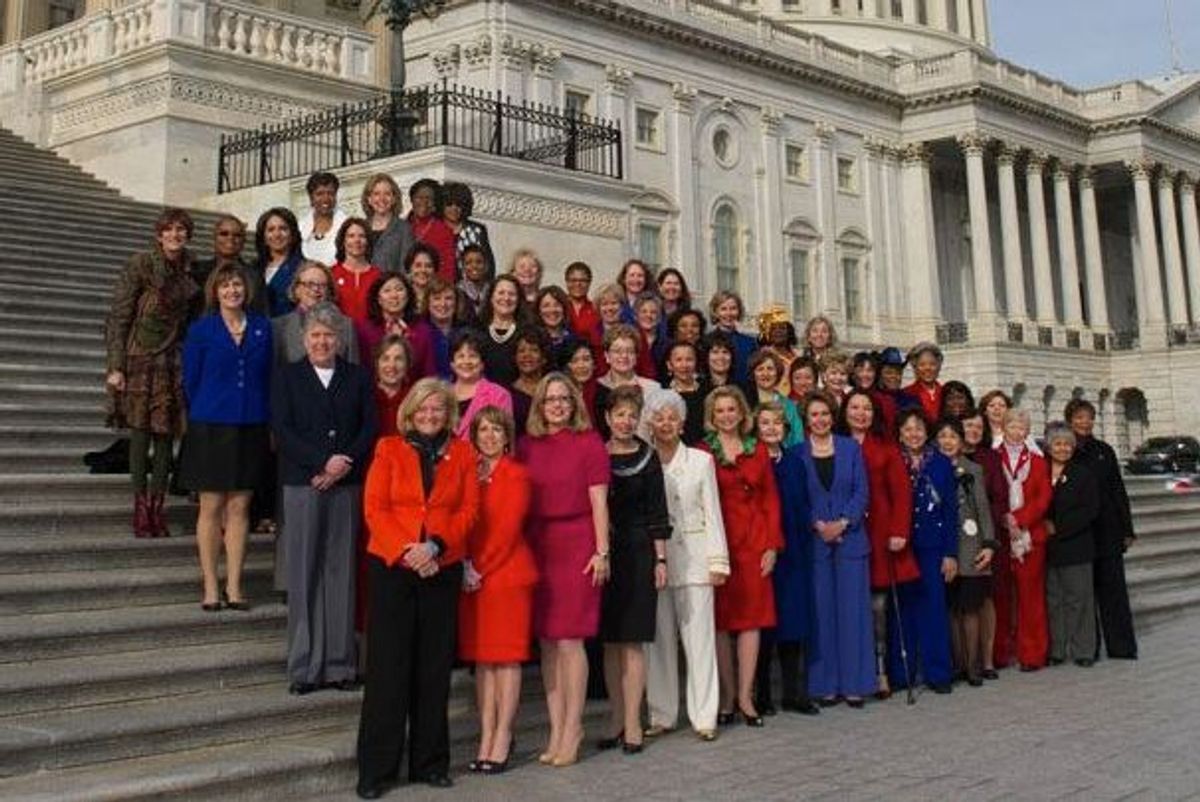 There wasn't much solace to be found last night over the looks of the 114th Congress, but the 113th was able to offer one small bit of good news: In a special election, Democrat Alma Adams was elected to represent North Carolina's 12th congressional district, becoming the 100th woman in Congress. It's the first time in American history that the number of female members of congress has reached triple digits.

Adams will replace Rep. Mel Watt, who was tapped to be director of the Federal Housing Finance Agency earlier this year, and will take her seat in the House before January as a result of the special election. It's unlikely the milestone will last long, though: The midterms' final tallies will, in all probability, change the gender breakdown significantly, especially in light of the Republican sweep. The vast majority of women currently in Congress are Democrats, thanks in no small part to Emily's List, the influential PAC dedicated to electing pro-choice Democratic women.

The first U.S. woman ever to be elected to Congress, Jeannette Rankin, was elected in 1917, before women had the right to vote. Rankin famously said, "I may be the first woman member of Congress, but I won't be the last." And in her victory speech, Adams offered what might be considered a 21st century take on the quote.