Community Discussion: Should we colonize space?

The prospects for the environment are grim. Is it time to think about leaving? 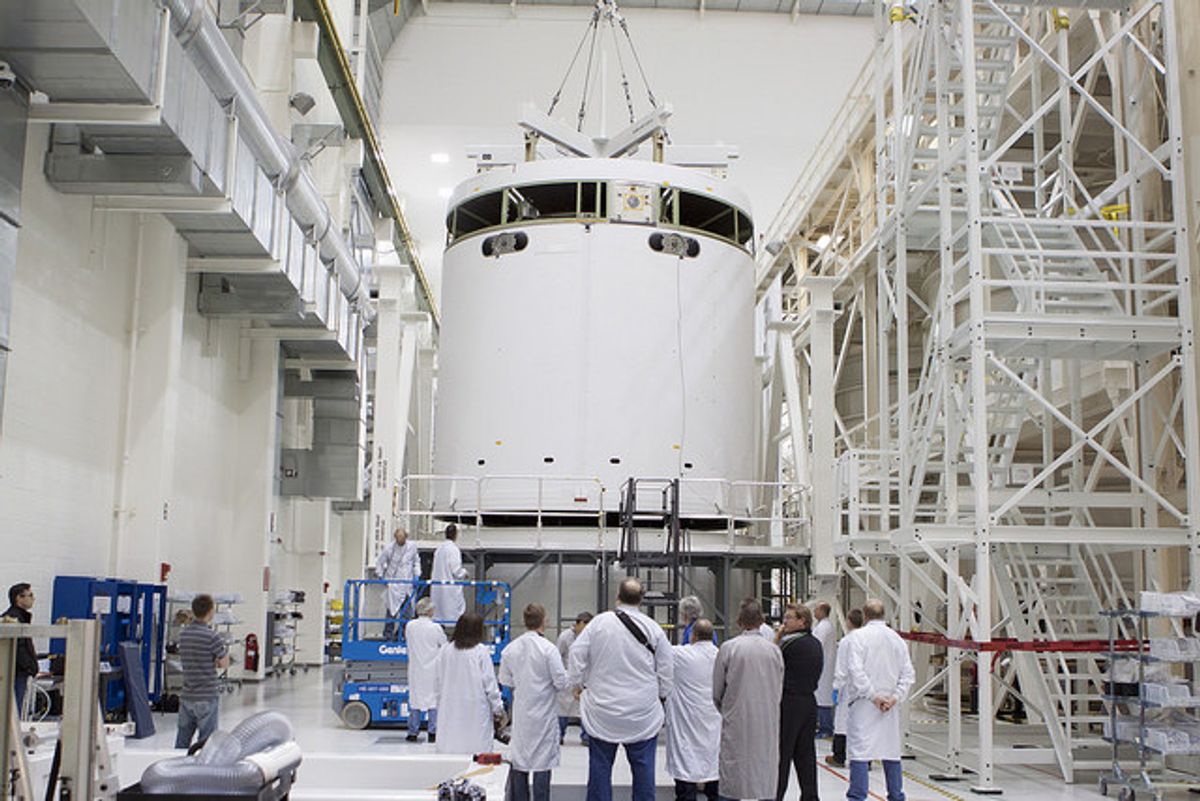 With America's climate agenda in the hands of deniers. some people are considering leaving the country. But why stop there? Why not another planet? Christopher Nolan's new film Interstellar foresees a not-so-distant future where a ruined Earth can no longer sustain human life, prompting the remnants of NASA to search for a new planet to inhabit. Neither the problem nor the solution are as science fiction as we might like them to be. The colonization of another planet may come as soon as 2022, if Mars One has its way. This Netherlands-based company has already accepted 200,000 applications to take a one-way trip to the red planet for the benefit of reality television. Once there, the new Martians will produce their own water and food and probably die almost immediately.

Other (and perhaps more serious) efforts are also underway. Elon Musk founded SpaceX with the explicit mission of establishing a permanent Mars base. A firm proponent of space migration as a necessity to save the species, Musk believes we can have a million people on Mars within a century. Even closer to hand, NASA is a month away from the first test launch of Orion, a spacecraft designed to take humans to Mars by the 2030s. When we do land on Mars we'll be prepared thanks to the Mars Society, which just began its third simulated manned mission to Mars on the slopes of a volcano in Hawaii. Six people will spend the next 254 days living in a 1000 square foot pressurized dome and wearing spacesuits whenever they venture outside. Thinking even further ahead, both NASA and DARPA helped establish the 100 Year Starship project, a private foundation aiming to get humans out of the solar system.

But are such efforts worth it? As the crash last week of Virgin Galactic's SpaceShipTwo demonstrates yet again, human space flight is fraught with peril. It is also expensive. It took $150 billion (adjusted for inflation) to get humans to the Moon, and NASA estimates that Orion will cost as much as $22 billion by 2021, when it plans a flyby of Mars (the GAO thinks it will be much more.) Meanwhile, the European Space Agency's Rosetta mission will attempt to land a robotic probe on a comet on November 12th, for only 1.4 billion Euros. NASA own Curiosity rover has been exploring Mars for over two years, at a cost of $2.5 billion. India recently sent its own satellite to orbit Mars for an astonishing $74 million. Is the physical presence of human beings necessary if machines can do all this?

Fighting against and adapting to climate change is a pressing need that will require money and resources, but prospects for action -- let alone success -- often seem grim. Should we be spending money preparing for human spaceflight and colonization when spending it at home might have greater returns? Or should we press forward in order to keep this as an option of last resort? What other benefits could human space habitation have for the planet and the species?