How ADHD is radically mistreated

Research shows that children with ADHD are often extremely creative. Our institutions are failing them 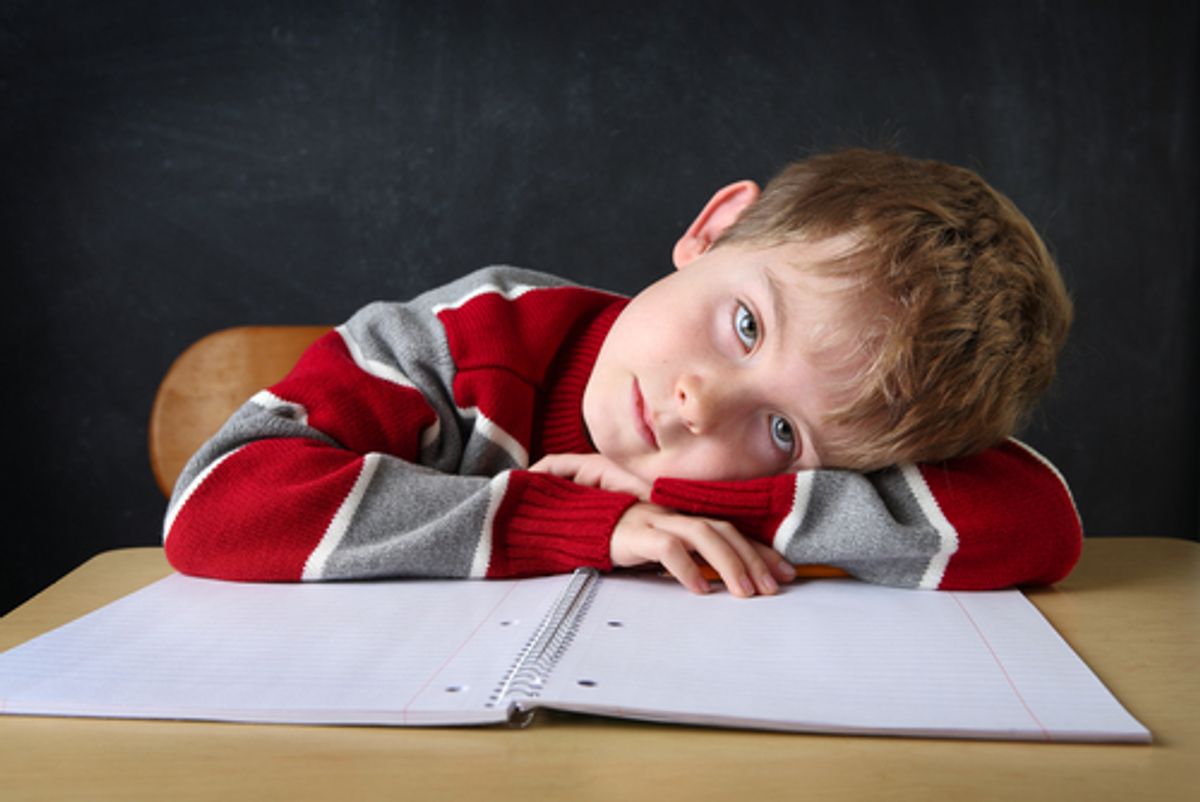 Of course, whether this is a positive thing or a negative thing depends on the context. The ability to control your attention is most certainly a valuable asset; difficulty inhibiting your inner mind can get in the way of paying attention to a boring classroom lecture or concentrating on a challenging problem. But the ability to keep your inner stream of fantasies, imagination, and daydreams on call can be immensely conducive to creativity. By automatically treating ADHD characteristics as a disability– as we so often do in an educational context– we are unnecessarily letting too many competent and creative kids fall through the cracks.

Nine percent of children aged 5-17 years old are labeled ADHD on average per year, and placed in special education programs. However, new data from The National Center for Learning Disabilities shows that only 1% of students who receive IDEA (Individuals With Disabilities Act) services are in gifted and talented programs, and only 2% are enrolled in an AP course. The report concludes that “students with learning and attention issues are shut out of gifted and AP programs, held back in grade level and suspended from school at higher rates than other students.”

Why does this matter? Consider a new study conducted by C. Matthew Fugate and colleagues. They selected a population of students with ADHD characteristics who were part of a summer residential camp for gifted, creative, and talented students. The large majority of the students were selected for the program because they either scored in the 90th percentile or above on a standardized test, or had a GPA of 3.5 or greater in specific areas (e.g., mathematics, chemistry).

The researchers then compared this ADHD group of students with a non-ADHD group of students who were participating in the same gifted program. They gave all the students tests offluid reasoning, working memory, and creative cognition. Fluid reasoning involves the ability to infer relations and spot novel and complex patterns that draw on minimal prior knowledge and expertise. Working memory involves the ability to control attention and hold multiple streams of information in mind at once. They measured creative cognition by having the students come up with novel drawings that included one of the following elements: an oval shape, incomplete figures, and two straight lines.

The researchers found that students with ADHD characteristics (especially those who scored high in “inattention”) had lower working memory scores than the non-ADHD students, even though they did not differ in their fluid reasoning ability. This is consistent with past research showing that people with ADHD tend to score lower on tests of working memory (see here and here), but these findings also suggest that people with ADHD can still be quite smart despite their reduced ability to hold multiple pieces of information in memory. Also, despite their reduced working memory, 53% of the academically advanced students with ADHD characteristics scored at or above the 70th percentile on the creativity index. In fact, for both the ADHD and the non-ADHD group of students, the poorer the working memory, the higher the creativity!

This obviously has some important educational implications. To be sure, ADHD can make it difficult for students to pay attention in class and organize their lives. The importance of learning key attentional control skills should not be undervalued. But let’s not throw out the baby with the bathwater. As the researchers note, “in the school setting, the challenge becomes how to create an environment in which creativity is emphasized as a pathway to learning as well as an outcome of learning.”

One issue involves the identification of “twice exceptional” students and their appropriate educational programming. Assessments of creativity are notably absent from most gifted and talented programs in this country. Instead of automatically putting children with ADHD characteristics in special education, a broader assessment should be conducted. For one, IQ tests could be administered that focusless on working memory and memorization, and allows for a fairer assessment of fluid reasoning and non-sequential thought among this population of students.

A broader assessment could also allow students with ADHD characteristics to display their creative strengths, including divergent thinking, imagination, and hyperfocus (when interested). People with ADHD often are able to focus better than others when they are deeply engaged in an activity that is personally meaningful to them. Recent research suggests that the brain network that people with ADHD have difficulty suppressing (the “Imagination Network”) is the same brain network that is conducive to flow and engagement among musicians, including jazz musicians and rappers!

In terms of programming, problem-based learning (PBL) approaches may enable ADHD students to engage more with the material, and become active learners, rather than passive observers (see here). Additionally, learning can be assessed throughproject-based learning (PBL), in which students demonstrate their knowledge of the course material through the creation of different products (e.g., cartoons, role-playing, blogs, videos, newspaper articles), and the constant revision of these products.

Of course, these same possibilities should extend to all students in the classroom, academically advanced or not. Because we never really know whether an ADHD characteristic is a learning impediment or a creative gift.

Consider the case of John, who in 1949 attended Eton College and dreamed of becoming a scientist. However, last in his class, he received the following comment on his report card:

“His work has been far from satisfactory… he will not listen, but will insist on doing his work in his own way… I believe he has ideas about becoming a Scientist; on his present showing this is quite ridiculous, if he can’t learn simple Biological facts he would have no chance of doing the work of a Specialist, and it would be a sheer waste of time on his part, and of those who have to teach him.”

This was Sir John B. Gurdon, winner of the 2012 Nobel Prize in Physiology or Medicine for his revolutionary research on stem cells. Like so many other highly creative, competent individuals, he might have been referred for testing and given the label “attention deficit hyperactive disorder.”

Scott Barry Kaufman is Scientific Director of The Imagination Institute in the Positive Psychology Center at the University of Pennsylvania.