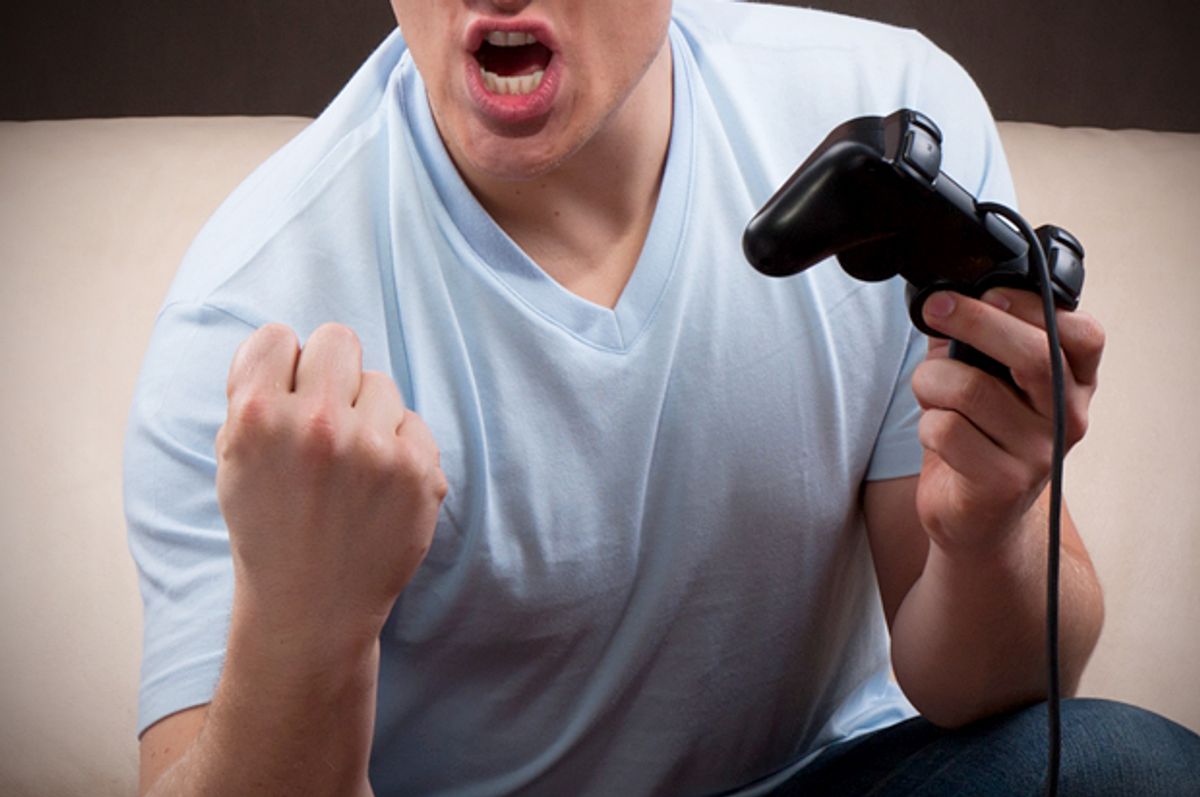 Literate Twitter found the perfect analogy to shatter the shady rhetoric of #Gamergate (“it’s not about misogyny, it’s about ethics in gaming journalism!”), once and for all. #Readergate seems to have started on Wednesday by writer Tauriq Moosa and friends after a recent essay in the Daily Beast on harassment and is spreading rapidly. The joke involves taking the most common, petulant arguments from the #Gamergate “movement” and applying them to books and authors. #Readergate tweets might fly over the heads of many #Gamergate defenders, but to anyone who reads, they handily illustrate the point that insisting a genre of art or entertainment be untouchable by cultural criticism is patently absurd. The brazen misogyny in many of those arguments becomes obvious when applied to books, too. Most important, the jokes are great.

Books have been around for long enough that the tradition of literary criticism has grown beyond the simple consumer review, and as a culture, we’re better off for it. Video games, like all forms of entertainment, are not created or consumed in a cultural void. but #Gamergate defenders who would love to pretend that they exist in some pure state unaffected by history and culture have lashed out with violent threats against critics, especially women, who suggest otherwise.

#Readergate asks us to imagine literary criticism in that void — focused solely on the facts of the book, not the content.

REVIEWERS! ALL WE WANT TO KNOW > BOOK LENGTH > WHAT IS BOOK > HOW DO PAGES FEEL > HOW MANY WORDS > WHAT ARE WORDS > WHATS A BOOK #readergate

BOOKS SHOULD NOT BE WRITTEN WITH SJW AGENDAS. THEY SHOULD JUST BE "WHITE DUDE DOES STUFF, THEN SAYS STUFF, THEN SHOOTS A GUN." #readergate — Chuck Wendig (@ChuckWendig) November 6, 2014

And any attempt to analyze the content beyond “was it fun to read?” is a feminist SJW plot to hijack gaming for their own twisted cultural agendas:

Why does Frankenstein have to be about so-called 'embattled bodies'? #readergate trolls won't let monsters just be monsters!

Because, after all, women writers and readers are dilettante “casuals” whose concerns and work shouldn’t be taken seriously:

But nefarious connections between authors and journalists (it’s about ethics in literary criticism!) definitely should:

I heard that @neilhimself follows some authors and book reviewers on twitter. Obviously this is proof he's corrupt #readergate — Ben White (@Anzekay) November 7, 2014

But it’s not about harassing women!

There's no reason for all of Jane Austen's protagonists to be females, it's just tokenism #ReaderGate

It’s about exposing a vast left-wing conspiracy that could destroy literature forever:

"I have eaten the plums that were in the icebox." Who left those plums!? Were they a bribe!? Why doesn't Williams disclose?! #readergate — Jason Haslam (@JazzlamHazzlam) November 7, 2014