John Leguizamo: "Latinos are starving to see themselves onscreen"

Leguizamo on "Fugly!", filming fake orgasms, and how he struggled with suicidal thoughts as a teen 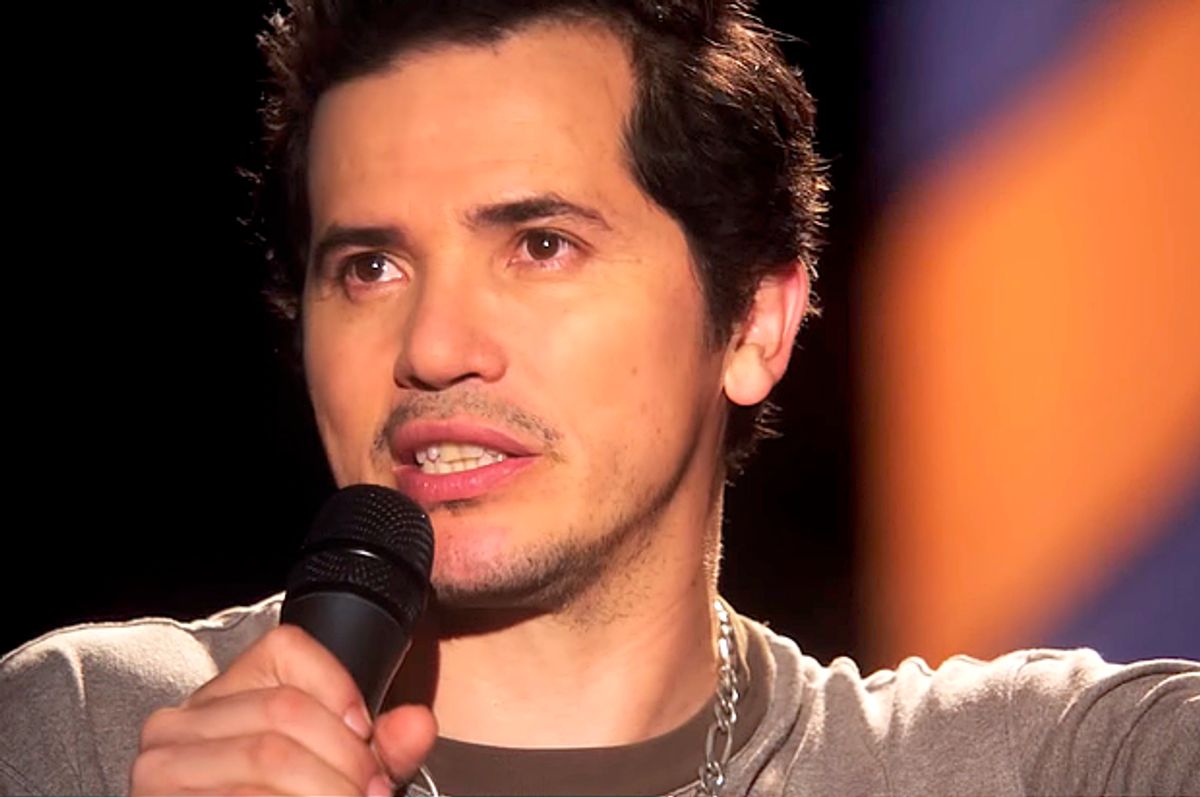 A sweet film with a sour title, "Fugly!"--from writer/comedian John Leguizamo--plays into many of the themes of love, fame and family Leguizamo has addressed in his sensational one-man shows: "Freak," "Spic-o-Rama," "Mambo Mouth," "Sexaholix," and "Ghetto Klown."

"Fugly!" allows the actor to display his manic antics as Jesse, a man who makes his living as a comedian and an actor. He has experienced a series of personal and professional setbacks. He is having trouble with his career and his marriage to Zowie (Rosie Perez) while always longing for the “one who got away,” a blonde beauty named Lara (Radha Mitchell).

As the film opens, Jesse is contemplating suicide. "Fugly!" chronicles his life and career and what drove him to despair. And it’s a comedy.

Even though you’ve created many one-man shows for theater, "Fugly!" is your first original feature film screenplay. How did you develop the script?

Yeah, it’s very exciting for me. It’s a big, huge step, and I’m very proud of it. It started off as an idea—the portrait of an artist as a middle-aged man. An artist’s journey. He was fugly as a kid—not traumatized, but hurt by the name-calling. He cleaned up his act and had a second coming of age.

Jesse is suffering from losing Lara, the woman of his dreams. He also is experiencing what he calls “career menopause.” How do you cope with personal and professional anxiety?

Not well. But no one is meant to deal with it well, right? It’s meant to take you down. How else do you know when you are having good moments? I have my bouts of depression. A lot of comedians deal with depression and anxiety. You self-inflict, and feel you have to top yourself, and be better than last time.

Have you struggled with suicidal thoughts the way Jesse does?

I did when I was very, very young, a teenager. I thought it was the worst time. You hit bottom. But if you get over it, you feel you can overcome anything.

Jesse gets arrested on his first date with Lara. Was that based on a real experience from your past?

No. The movie's fictional. I draw from experience to give it veracity and depth so it’s relatable, but no, that didn’t happen.

Jesse has very sad, belittling sex with Zowie. Hope that isn't based on your real life.

[Laughs] That’s the first fake male orgasm on film or anywhere! I came up with that madness. Women fake orgasms so I figured out how men could!

There are moments in the film that feature Jesse doing stand-up. He is “possessed” on stage. Have comedy and humor been a coping mechanism for you?

Absolutely! Art is that way. It gives you a chance to funnel your anxiety, agita and trauma. You can put all the shit in life through this filter so it doesn’t haunt or demonize you.

What's it like to reveal so much personal material in your act? Is it therapeutic?

My one-man shows are different than the movies. The one-man shows are more personal and revelatory. They have a purpose and a point to inspire people and to show we can overcome everything. There are different subjects in my one-man shows. "Sexaholix" dealt with death of a loved one. "Freak" was about some domestic abuse. "Fugly!" is a very different project. In theater I can be darker. Americans don’t do well with black humor. It’s difficult to put it on film. It’s easier in theater, where it’s real and live. "Fugly!" is lighter, but there are important themes—the difficulty of being a Latin actor in this country, and things I’ve experienced: loving a grandfather; sibling rivalry and a parent not liking you for who you are.

What I admire about your work—whether on stage­ or on screen—is how you'll seemingly say or do anything.

I do pride myself on being fearless. I take calculated risks in the sense that art needs to not have limits, but a total freedom of expression.

Do you consider yourself thick-skinned? I did appreciate Jesse’s one-liners about self-esteem—how he has an “exaggerated sense of his own unimportance,” or “found his inferiority complex was really good judgment.”

I was a very insecure young man, no doubt. I’m still insecure in a lot of ways, but it gives me courage in other ways. It makes me want to be out there. Art gives me the place to be courageous where I’m not in life. I’m more myself on film—I live much more fully—than in life.

Many of your characters are tied to their Latin American identity. Do you feel you need to represent the Latino community?

"Empire" was a very divisive film in the Latin community. Franc. Reyes [the writer/director] was writing personal experience, but the majority of Latin intelligentsia hated it. They said it didn’t represent their life. But Franc. wrote what he knew. The Latin experience is not monolithic. We are 45 million people and we’re underrepresented. I want to tell our stories and be a gatekeeper. Latinos are starving to see themselves.

There are some parallels between Jesse and you, and there are fun fake movie posters for "Two Dudes not Wong Foo." Do you like poking fun at your career, or is this a sly strategy to remind folks of all you’ve accomplished?

It’s more roasting myself. It’s not self-congratulatory. I make fun of myself, acting and Latin culture. I want people to go and have a great time in a Latin story. "Annie Hall" is one of my favorite films ever, and I was inspired by that. I wanted to push the envelope with raunchy and aggressive comedy, and deal with serious themes—a comedian breakdown, racism in Hollywood and the immaturity of celebrity and the narcissism.

Jesse feels life was a great big lie and he made a huge mistake. What do you think is your biggest regret?

"Regret is a wasted emotion,” as they say--

Regret is a wasted emotion. But you can’t tell that to someone who is regretting something! I turned things down and think I might be further along in my career if I hadn’t. My regrets are more career-oriented than personal. I got my Lara in real life.