A new contender for the strangest Craigslist ad ever 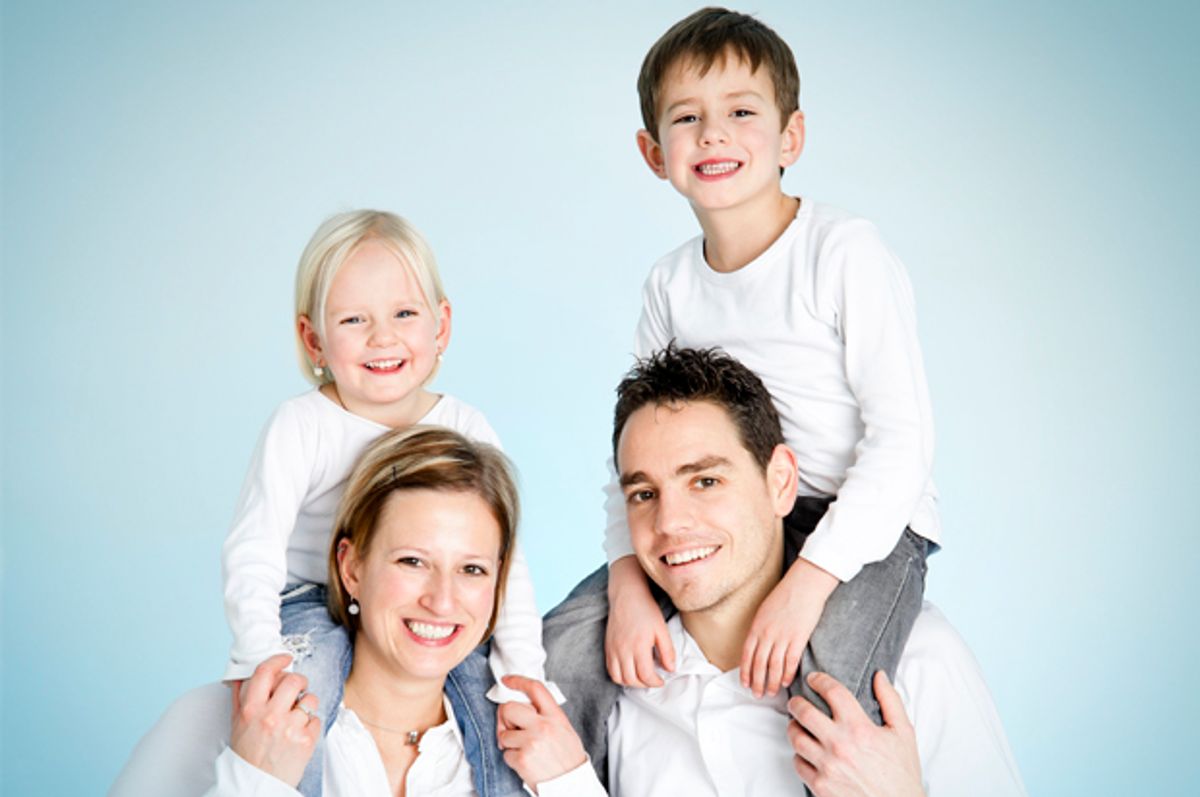 Because all social interaction is now an object lesson in catfishing, Jezebel reports that an enterprising Cleveland job-seeker has posted on Craigslist looking to hire a fake family to boost his attractiveness to employers -- and "an effort to maximize my starting salary once I enter the working world."

The ad, which has already been flagged by Craigslist for removal, raises several questions. Is it simply the brainchild of a deceptive but savvy young man who says, "I have personally witnessed many cases of favoritism toward married employees or employees with children"? In the ad, he claims to be a student who's gone back to school "after a several year absence," and who wants to begin laying the groundwork for background checks now. "Approximately six months before I formally begin searching for a job, I will post approximately 12-24 photos of my 'family' and my 'life,'" he says, "meshed together to create an entirely phony yet truly believable picture of myself" and convince potential employers that "I am deserving of a 'Family Man' level of compensation. If the secret gets out that I live alone, have no children, and spend the majority of my disposable income on restoring vintage cars I could find myself in a vastly different income bracket since it will be perceived that I can get by on less - MUCH less. This will not stand. This is how these people think supposedly."

There's a lot about the ad that's nuts, every possible way you slice it. Scenario one is that the guy is completely sincere in his quest to find a "young mother and child" to pose for photographs with him, repeatedly, for the rather paltry fee of $75 -- plus an extra hundred every photo shoot. Honey, maybe that plays in Cleveland, but where I'm from, you can't get a toddler to get out of his crib for less than 500 a day. The other possibility, of course, is that this is actually part of some marketing campaign, or someone merely claiming to be part of some marketing campaign, because after the whole Alex from Target thing, reality as we know it has been punctured for all time. Think about it. It's entirely likely that the guy who says he wants a fake family is himself a fake. Did I just blow your mind? Or perhaps Cleveland man has seen too many Jennifer Aniston movies. "Picture Perfect." "Derailed." "Just Go With It." "We're the Millers." Jennifer Aniston lies about her relationships A LOT in her movies, and she's Jennifer Aniston, so it often works out OK. (For a different perspective on relationship subtertfuge, Craigslist gentleman may wish to explore the work of Takashi Miike.)

That such an experiment could even be considered and believed – Jezebel seems to be taking it at face value – does still present a number of teachable moments, whether it's real or not. It's certainly hard to imagine for a moment a woman ever posting an ad claiming that having a spouse and children would increase her opportunities in the job market, would positively affect her salary. Imagine a woman ever declaring, and being believed, "I need people to think I have children so I can be more successful in the workforce." Excuse me; I have to go laugh and laugh and laugh now. As a New York Times article just this past September reveals, "On average, men’s earnings increased more than 6 percent when they had children (if they lived with them), while women’s decreased 4 percent for each child they had."

If this was a Lifetime original movie, and not one of those Lifetime movies in which the word "Fear" appears in the title, creepy liar Craigslist guy would not be an angry, entitled jerk who lowballs single moms. He'd be a cute, slightly slobby fellow who goes from being a person who spends the majority of his disposable income restoring vintage cars (the majority? really?) to a man who grows and learns and falls in love with the slightly daffy, klutzy but appealing woman, and who turns out to be secretly awesome with kids. Like that Josh Duhamel! In reality, he's either a clueless freak or part of some terrible, icky campaign that's trying to go viral while also ensnaring young mothers who need money. One way or another, the whole thing may not be real, but it is definitely really, really gross.