The incoming Majority Leader is ready to back his onetime foe 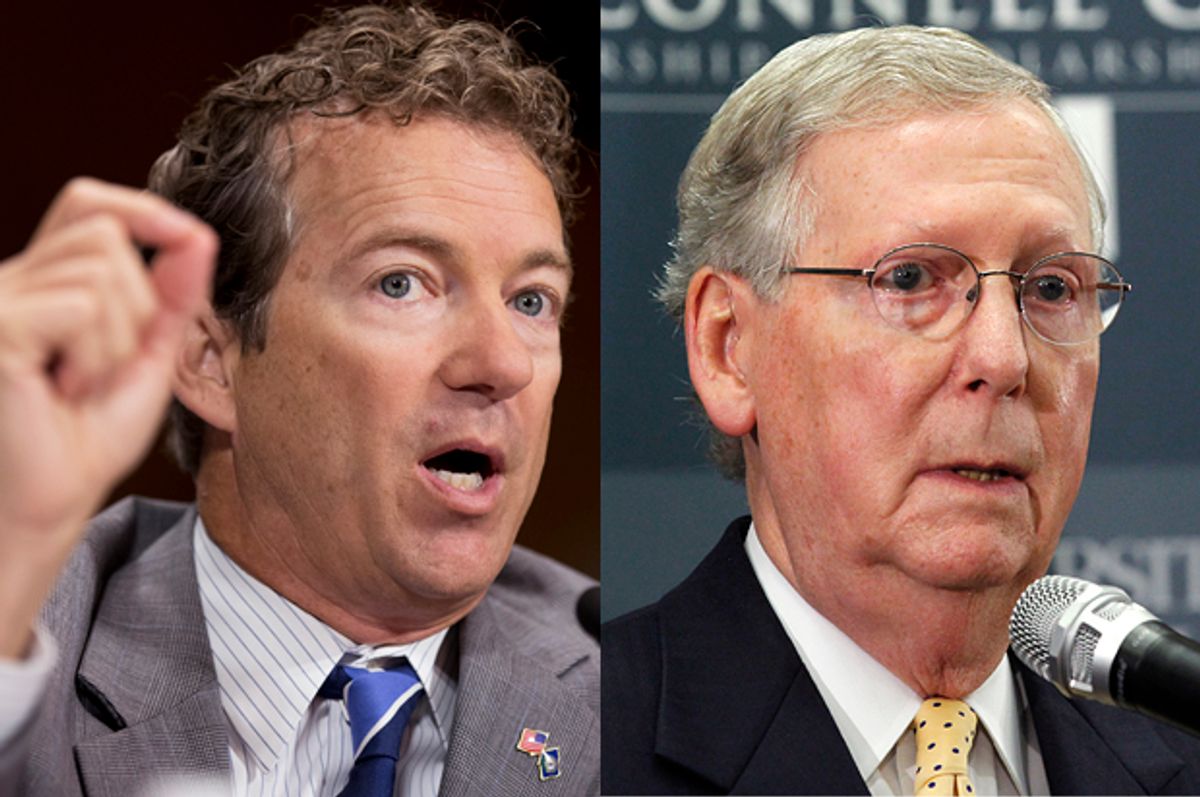 What a difference four years make.

In 2010, when he was insurgent candidate running against Trey Grayson in Kentucky's GOP Senate primary, Rand Paul railed against the Republican establishment embodied by Grayson and Sen. Mitch McConnell, Grayson's most prominent backer in the state. McConnell worked hard to push his protege over the top, fearing that Paul's penchant for headline-grabbing rhetoric and quixotic right-libertarian ideas would damage the party's chances in November. But Paul nonetheless trounced Grayson in the May primary, and went on to easily defeat Conway in November.

Since Paul took office, he and his home-state colleague seem to have buried the hatchet. As McConnell's 2014 re-election bid approached, Paul became virtually the senior partner in the relationship, lending the Senate GOP leader crucial support against Tea Party primary challenger Matt Bevin. McConnell even hired Jesse Benton, a longtime Paul consigliere, to serve as his campaign manager.

In the biggest sign yet that McConnell and Paul have moved on from the fierce 2010 campaign, the incoming Senate Majority Leader is now ready to throw his support behind Paul should he decide to mount a 2016 presidential campaign, as many observers expect. Speaking with the Lexington Herald-Leader's Sam Youngman yesterday, McConnell signaled that he'll have no problem backing Paul over GOP colleagues like Ted Cruz and Marco Rubio, two other senators thought to be considering presidential runs.

"(It's) not tricky at all," McConnell said. "Obviously, I'm a big supporter of Rand Paul. We've developed a very tight relationship, and I'm for him."

"Whatever he decides to do," McConnell added. "I don't think he's made a final decision on that. But he'll be able to count on me."

For Paul, McConnell's support could prove a double-edged sword. While he's working assiduously to court mainstream GOP support ahead of 2016 -- and to prove that he's more than his eccentric father's son -- Paul's brand as an independent-minded conservative libertarian may suffer due to his "very tight relationship" with a 30-year Senate incumbent whom many conservatives see as the face of a sclerotic GOP establishment.