Taylor failed to set aside money in a trust fund for her children. Now Arizona wants to charge her with child abuse 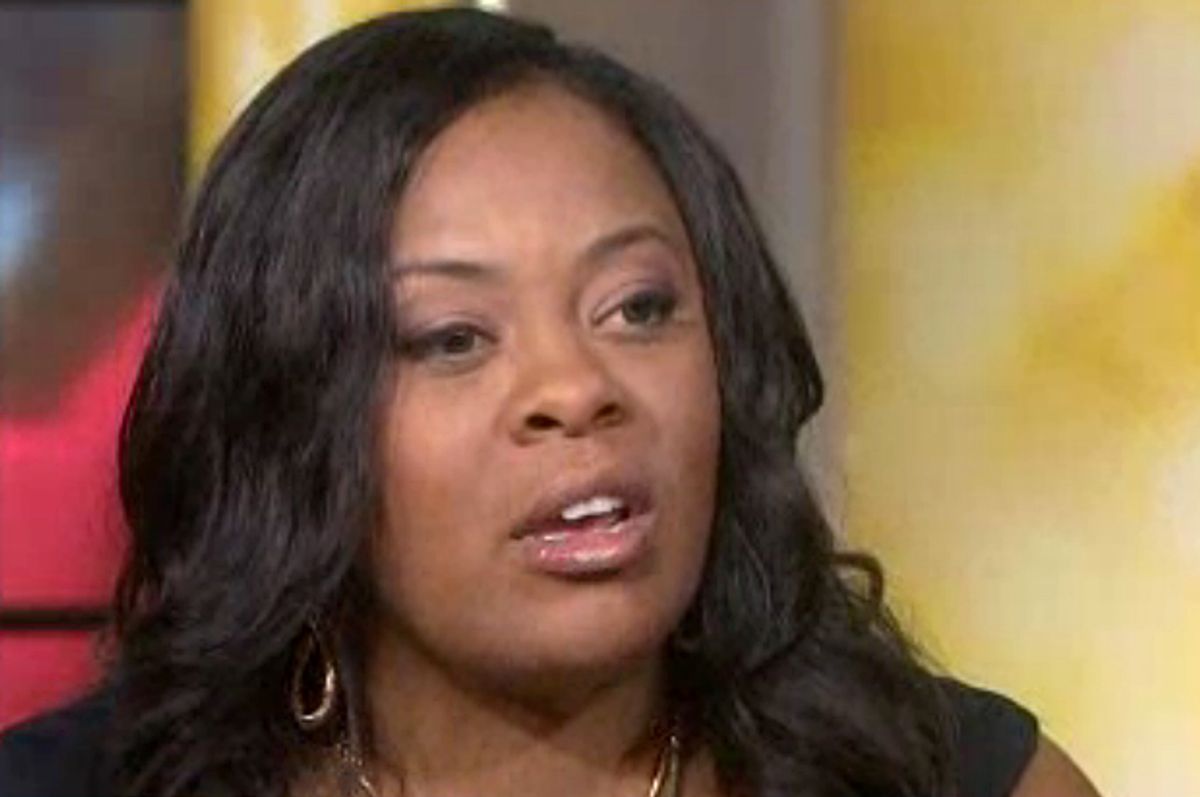 After failing to meet a stipulation of the court deal that allowed her to avoid prosecution, Shanesha Taylor, the homeless mother who left her two young children in her car while she went on a job interview, will be back on trial come December. Taylor was first arrested in March, and a national movement responded by donating around $114,000 in support funds. With sustained pressure from the public and Taylor's own advocacy, the court eventually offered a deal -- she could regain custody of her children and charges would be dropped if she completed parenting classes, a substance abuse program and put $60,000 into a trust fund for her children's education and childcare.

Thursday, the final deadline for Taylor to establish the trust (which had been lowered to $40,000), came and went. Maricopa County prosecutor Bill Montgomery said his patience had "reached its limit," and Taylor's lawyers both asked to be removed from the case. "[Taylor] will either comply with setting aside the money previously agreed upon or we will move forward with prosecution, and that entire avenue of resolution will be off the table," Montgomery said. A new trial date has been set for Dec. 10.

There is now speculation about how she's spending the money she received, and whether she's a good mother because she apparently now has cable television in her home. The narrative is familiar and predictable. But Taylor is pushing back. From the start, she explained the choice to leave her children in the car as an agonizing but unavoidable one. “It’s making a choice out of desperation," she said during an interview over the summer. "It’s choosing what is the best option, what is the best thing for me to do in this particular situation -- being able to provide food, a roof, clothes, shoes for them, or take this moment and care for them."

As she falls once again under the public's scrutiny and now faces possible incarceration and the loss of her three children (Taylor's oldest child was not in the car that day), she is defending her right to make the choices she thinks are best for her family. "I'm still trying to do the best for my children," she said Thursday in a public statement.

Taylor said that she didn't feel comfortable with the terms of the trust fund, since her children would only be allowed to access the money if they attended college. "I can move the money over and put it into place, but if it doesn't take care of the children, it's futile," she explained. "It would lock them out of their money if they didn't go to college."

Taylor said she still had more than $70,000 left in the fund, and is still looking for a job. She has spent some of the money on rent and on childcare, and said that she takes her kids to McDonald's or Chuck E. Cheese's once a week. She's thinking about her family in the short-term and long-term. She is, in short, being a parent.

I won't pretend to know the exact circumstances of Taylor's life or what's driving her choices, but I think it's absurd to prosecute and potentially incarcerate a mother of three because she's nervous that tucking away money while she still desperately needs that money might not be the best decision for her family. Back away from the heated rhetoric about blowing "the deal of a lifetime," and think of her as a mom making hard decisions, and Taylor's choices become a lot easier to understand.

Think what you will about visits to Chuck E. Cheese on a tight budget (I happen to think that we shouldn't punish mothers for wanting their kids to eat pizza once a week), but it's easy enough to understand why a woman who is still searching for a job, has only just found stable housing -- who is, in other words, still in a wildly precarious financial situation -- would want to hold on to the money she has to make sure she can support herself and her family. She is being asked to give up the possibility of secure housing, access to food and childcare at a time when she's still looking for steady work.

And nothing has changed about the circumstances that left Taylor deciding between a job interview or leaving her children in a hot car -- the state of Arizona has done nothing to boost its childcare subsidy. In the elections this week, the GOP maintained control of the state Senate and increased its numbers in the state House, shattering the possibility of boosting the kinds of social programs that would lead Taylor to believe that she could continue to care for her family -- that she would have support from the state -- if she tucked away more than half of the money she has to her name right now.

So we are, it seems, back precisely where we left off after Taylor was first arrested. A black woman now faces prosecution and potential incarceration for the crime of being scared about providing for her family. Three children now face the possibility of being separated from their mother. And the structural issues at the root of the problem continue to fester. It's clear, particularly now that Taylor has housing and reliable childcare secured for the time being, that this case is not about the wellbeing of her children. As Montgomery made clear in his statement, it is all about punishment. The public outcry around Taylor's initial arrest seems to have quieted, but the absurdity of the case -- prosecutors claiming to be acting in the interest of Taylor's children while threatening to jail their mother and tear apart their family -- remains just as acute.

If leaving her children in the car to attend a job interview was a choice made "out of desperation," saying no to one part of the plea deal so she could continue to support her family might have been, too.