This Japanese body art is terrifying and awesome 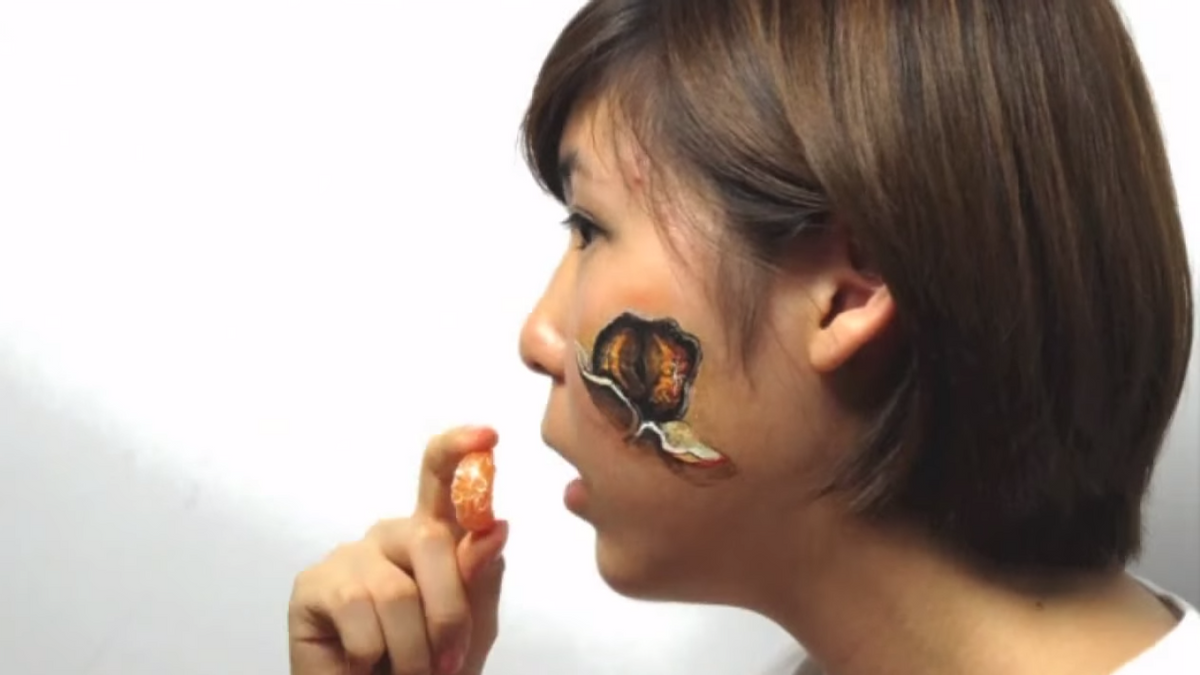 Hikaru Cho, 21, is young but dark. Super dark. Her stop-motion body art films depict a young girl peeling his face like an orange, a woman with four eyes, a talkshow host in someone's stomach with such realism it can get nauseating.

"It all began when I wanted to paint something at home, and I looked around for something to paint on," Cho says through a translator in a video interview. "I couldn't be bothered to look hard, so I used my hand and painted an eye on it. It turned out to be quite freaky! So, I took a picture and when I showed that to people they were very shocked-- more shocked than I thought would be possible."

Cho is currently a student at Tokyo's Musashino Art University, but she has landed deals with Amnesty International in addition to other big-name advertisers.

The ephemerality of her work is haunting: "As soon as I finish, the work starts deteriorating as it begins to dry," she said. "This is something totally impossible in real life. I want viewers of my art to question what they usually think is normal."