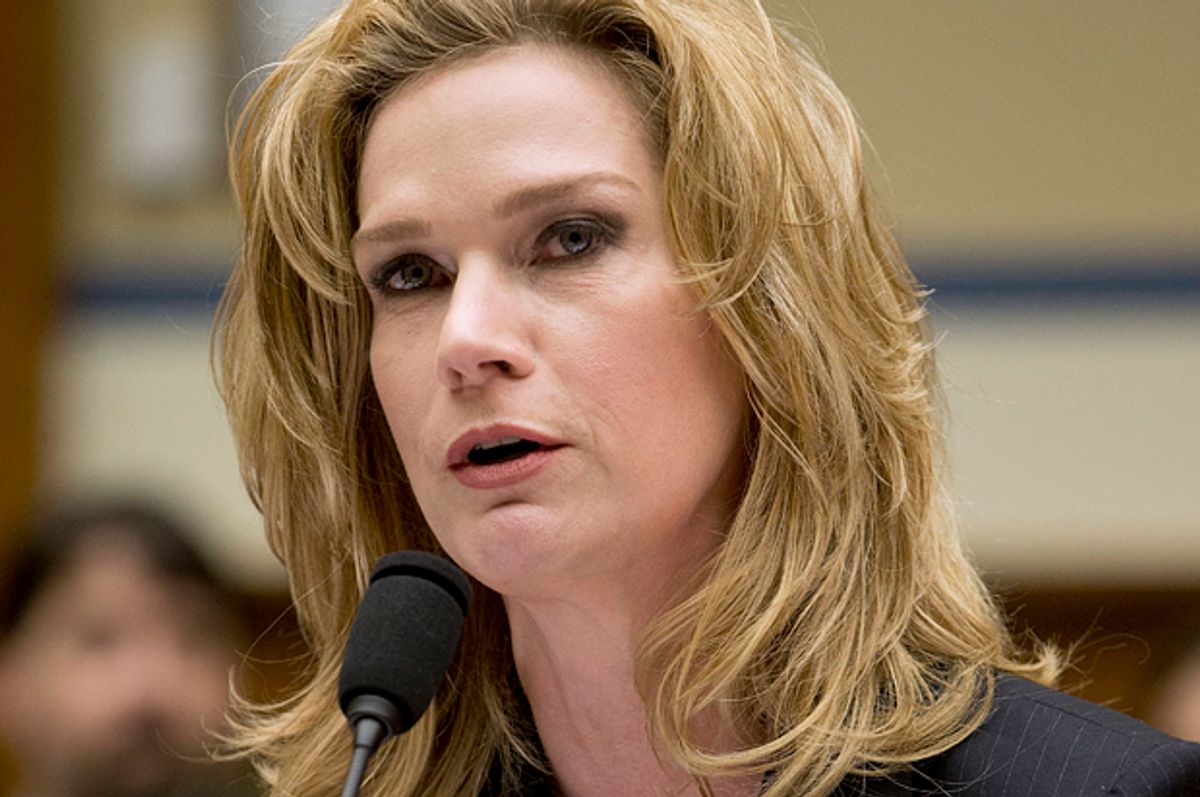 For some reason, this tweet of mine, from about 4am on Election Night, became very popular:

Perhaps we can chalk up its popularity to the joke it makes of right wing groups like "True the Vote" which has, since its dubious inception, received and spent a fortune over the years tripping over its own wingnut feet to fake "voter fraud!" data, find itself tossed out of courts, harrass legal voters attempting to cast legal votes, and otherwise make repeated jackasses of themselves by attempting to perpetuate the well-worn, but fact-shy Republican hoax that there is a massive Democratic voter fraud epidemic at our polls.

TTV was made even more famous lately when they were cited, by name, by 7th Circuit Court of Appeals judge Richard Posner, a very well-respected Reagan-appointed conservative jurist, in his recent opinion on Wisconsin's Photo ID voting law. In Posner's devastating, must-read dissent decrying such discriminatory laws, the most well-cited legal scholar of the 20th century, according to the Yale Law School's Journal of Legal Studies, described the group's "evidence" of voter impersonation fraud as "downright goofy, if not paranoid," citing "the nonexistent buses that according to the 'True the Vote' movement transport foreigners and reservation Indians to polling places" to illegally cast a ballot.

The solution to the pretend problem that TTV lies to its followers about, is, of course, polling place photo ID restrictions that, as Judge Lynn Adelman of the U.S. District Court in Wisconsin wrote in striking down that state's discriminatory, unconstitutional law after a full trial earlier this year, serve only to "prevent more legitimate votes from being cast than fraudulent votes."

So the group's newest embarrassing failure to uncover virtually any "voter fraud" at the polling places it monitored in dozens of states during Tuesday's mid-term general elections --- with an army of righteous and disinformed civilian wingnuts armed with a brand-new smart phone app --- comes as little surprise. It is, however, kind of amusing...

A week before Election Day, the "voter integrity" group True the Vote released a new smart phone app to empower its army of citizen detectives to report suspected incidents of voter fraud and intimidation across the country, in the hopes of creating, as True the Vote's founder Catherine Engelbrecht put it in an interview on Monday, "an archive that will finally pull the curtain back on the myth that there is no voter fraud."But it seems that the evidence of massive voter fraud that Engelbrecht hoped to expose failed to materialize. In the week that the app was available, users recorded only 18 incidents of election irregularities, the vast majority of which had nothing to do with True the Vote's policy priorities.

Eight were incidents of voting machine malfunctions - a serious and persistent problem, but not the product of a voter fraud conspiracy. One was a report of the disorganization that left a number of Hartford, Connecticut, precincts missing their lists of voters.

Three reports were of suspected "voter intimidation" - one, a report of a camera in a polling place, another of an elderly woman who claimed a poll worker snatched her ballot out of her hands when she was done with it, and one from a Houston voter who was very concerned about an "African American woman" standing nearby while she voted.

Right Wing Watch goes on to document TTV's latest hilarious failure, reporting that "Only one app user reported a suspected case of voter impersonation --- the main bugaboo behind restrictive voter ID laws --- an Iowan who reported getting a call about a rejected absentee ballot despite never having submitted one."

Of course, almost all Republican photo ID restriction laws affect only polling place voters. So the only type of fraud they could possibly deter are the incredibly rare instances of in-person voter impersonation. Absentee voting, where almost all actual voter fraud occurs, is unaffected by most such GOP restrictions on the right to vote. The case cited in Iowa by TTV, if accurate, sounds as if it would have been a case of attempted absentee ballot fraud, in which case, it would not have been prevented by polling place Photo ID restrictions.

"Ironically, one report to True the Vote's app chronicled a voter's struggle with an overly restrictive voting law that True the Vote supports," the article continues. "An Ohio voter reported casting a provisional ballot because they had moved since last voting. This voter would have been allowed to cast a ballot if Ohio permitted same-day voter registration, a practice that True the Vote opposes."

Right Wing Watch ultimately concludes, correctly: "Groups like True the Vote have raised the specter of widespread voter impersonation fraud in order to push for restrictive laws that make it harder for large segments of the population to vote. Their own app shows how wrong-headed they are."

Yes, I'm very disappointed in the Democrats. With all of those "dead people voting" and "buses of illegal aliens voting", you'd think they'd have been able to steal even oneelection this year. Step it up, dead Dems! The wingnut "voter integrity" groups can't keep making shit up out of whole cloth forever, ya know! Though they will certainly keep trying. There's a lot of right wing money to be made in pretending to support democratic values, by doing little more than scaring people, disinforming them, and playing Republican Fox "News"-watching voters for complete chumps.