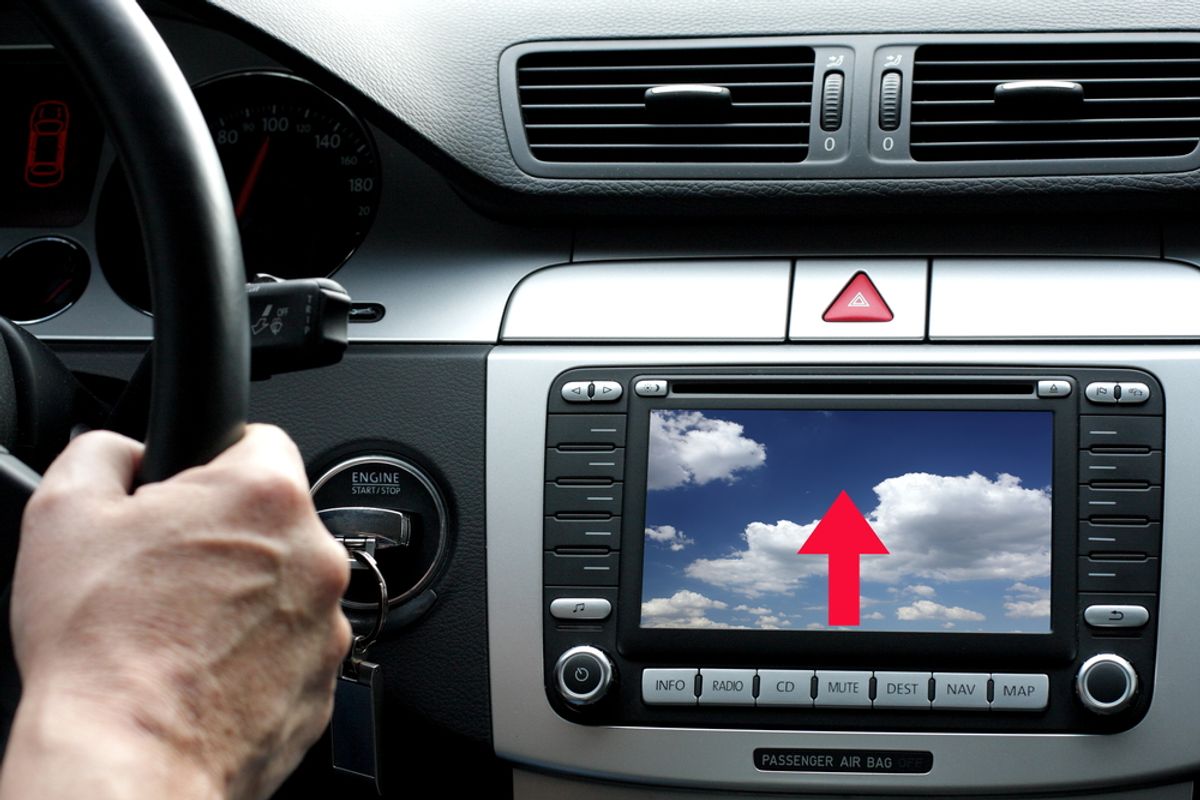 Imagine this scenario: You’re on an important trip miles from home and stopped in traffic, but before you can continue on your way, your car shuts down. You’ve got enough gas in the tank and no mechanical problems. But you’re stranded far from home because you’re a few days late on your car payment and the lender won’t let you drive until the debt is paid.

If this sounds like part of a dystopian future in which repo men are now cyborgs, it’s not. It’s happening today and becoming a big part of the new automotive landscape. Car dealers and automotive lenders are targeting those with poor credit by installing GPS-based kill switches, or starter-interrupt devices, on the cars that they sell.

The New York Times recently reported that about 2 million cars are now outfitted with such kill switches in the U.S., which is about one-quarter of subprime car loans, and creditors are not shy when it comes to remotely disabling cars whose owners are behind on their payments:

"Some borrowers say their cars were disabled when they were only a few days behind on their payments, leaving them stranded in dangerous neighborhoods. Others said their cars were shut down while idling at stoplights. Some described how they could not take their children to school or to doctor’s appointments. One woman in Nevada said her car was shut down while she was driving on the freeway.

"Beyond the ability to disable a vehicle, the devices have tracking capabilities that allow lenders and others to know the movements of borrowers, a major concern for privacy advocates. And the warnings the devices emit — beeps that become more persistent as the due date for the loan payment approaches — are seen by some borrowers as more degrading than helpful."

Subprime automotive-loan borrowers, those with FICO credit scores below 660, debt-to-income ratios of more than 50% or a bankruptcy in the past 60 months, are a growing segment of automotive borrowers. This phenomenon has been buoyed by auto dealers trying to continue a strong sales rebound after years of weak sales and by securities investors who buy bonds backed by those loans and see them as a way to get ample returns when other interest rates remain low.

In a healthy economy, buying subprime securities can be a lucrative way to exploit those who are still struggling with debt, but still may be able to find work and earn a decent wage. But when the economy goes soft, so do the subprime markets, as lenders become wary of taking on large credit risks. As the economy weakened in 2007, and the subprime mortgage securities market became unstable, it resulted in the U.S. credit crisis which, in turn, fueled the deep recession between 2007 and 2009.

But in this lukewarm recovery, investors are bullish on at least one subprime loan market. While foreclosed homes have proven nearly impossible to resell during hard times, used cars still sell relatively well even during a deep recession, providing ample collateral for these subprime loans.

Still, investors are skittish because they’re aware that car loans are not as well vetted as mortgage loans. The success of the auto dealer model is to let buyers come in, pick out a car, and complete the financing in one day.

Burned by subprime securities in the past and worried that car-loan applicants are not as thoroughly scrutinized as home buyers, investors need to be assured they’re not throwing good money after bad, and that’s where starter-interrupt systems (sometimes euphemistically called payment assurance devices) come in. They force borrowers either to pay the debt in full or face having the car sit idle for weeks or even months until it is eventually repossessed and resold. The theory is that when making a car payment is as essential as putting gas in the car, people will be more likely to make their payments.

But starter-interrupt devices and reselling repossessed cars might still be more than an economic placebo than a panacea for investors. Critics caution that packaging such loans into securities is still very risky business. Writing for Vox, executive editor Matthew Yglesias rationalized his skepticism by saying, “returning to the idea of lending people money so they can buy more stuff than their wages will support isn't going to solve anything.”

While Wall Street is once again exploiting those with dubious credit by trading bonds based on loans that are engineered for high return, lenders and bondholders are wary of being caught flat-footed the way they were during the housing crisis. They’re seeking ways to mitigate the risk that devastated the economy after the housing bubble.

Financial analysts say about a quarter of all automotive loans are subprime, and expect that number to climb as consumer debt continues to rise. These loans can be highly lucrative for lenders, with interest rates that can be well over 20%. Many of these subprime auto payments often come in late, bringing in late fees as well. Nearly 4% of all subprime auto loans are more than 60 days late, up by 3% from 2013.

Bloomberg BusinessWeek reports that investment rating companies are bestowing top grades for bonds based on subprime auto loans, but some critics say that investors can’t easily figure the real risks.

“Investors are basically taking the issuer’s word that they follow certain procedures,” Eugene Grinberg, a former analyst who structured subprime auto securities told BusinessWeek. “There is opportunity for fraud.”

So it’s likely, to calm worried investors, the bundlers of these securities are trying to mitigate their risk by encouraging retail lenders to have the starter-interrupt devices installed.

Lenders are quick to justify the starter-interrupt systems, saying that without them, hundreds of thousands of automotive loans would not be possible and it allows many more people the freedom of car ownership than would otherwise be possible. The makers of the starter-interrupt devices say they help keep borrowers up to date on their loans. One device maker told the New York Times that late payments have fallen to about 7%, down from 29%. Furthermore, many lenders say they’re aware that borrowers may, for various reasons, be late with payments and they claim they make calls to borrowers well before they make the decision to disable their cars.

Dealer organizations claim theircustomers don’t balk when they’re told that a GPS starter-interrupt device will be installed on the car. Some dealers even claim the devices actually help car buyers get better loan terms and improve their credit ratings.

Tom Nyitrai, a New York car dealer, recently told a Buffalo television station that 90% of the cars he sells have starter-interrupt devices installed on them.

“Yes the GPS unit can typically help the customer get a lower down payment, lower monthly payments, lower interest rate because the bank considers the risk in that loan to be lower," Nyitrai told WIVB News 4. “This unit obviously is an extra incentive to make sure your payment is done on time, and as long as you do that, you do improve your credit score.”

The National Alliance Survey says starter-interrupt systems disable 14% of cars immediately when the payment day is missed, while 30% of consumers are provided with a short grace period. About 54% of lenders use discretion with the systems, while another 1% report only using them as a threat.

But borrowers tell a different story. Many have told various media outlets that their cars have been shut off without warning, leaving them in a lurch or in danger. The St. Louis Post-Dispatch reports that cars have been disabled even when owners are current with payments.

Passtime, the Colorado company that makes many of the GPS starter-interrupt devices told the Post-Dispatch it's not heartless; it's given consumers remotes that give them a 24-hour reprieve if their car is ever shut down.

“We never want anyone to be stranded,” says Passtime CEO Stan Schwarz.

While most states approve of the use of starter-interrupt device, California allows them only at “Buy Here, Pay Here” dealers that make direct car loans to consumers. Wisconsin is the only state that bans them. As CBS MoneyWatch reports, the state’s Department of Financial Institutions says “the act of disabling a vehicle has the same result as taking possession of the vehicle” and that disabling a car before a creditor can legally take possession of the car represents "an improper repossession.”

So far, it seems that while starter-interrupt systems are not very consumer friendly, they are friendly to those who hold their debt. And the idea might be catching on elsewhere. Marc Rotenberg, president of the Electronic Privacy Information Center, sees their success inspiring similar devices for the real estate industry. He recently told NPR that the same payment assurance technology is now being used by landlords, who can remotely keep renters out of their apartments if they fall behind on their rent.

"That's where I think it's going to get really interesting," Rotenberg told NPR.