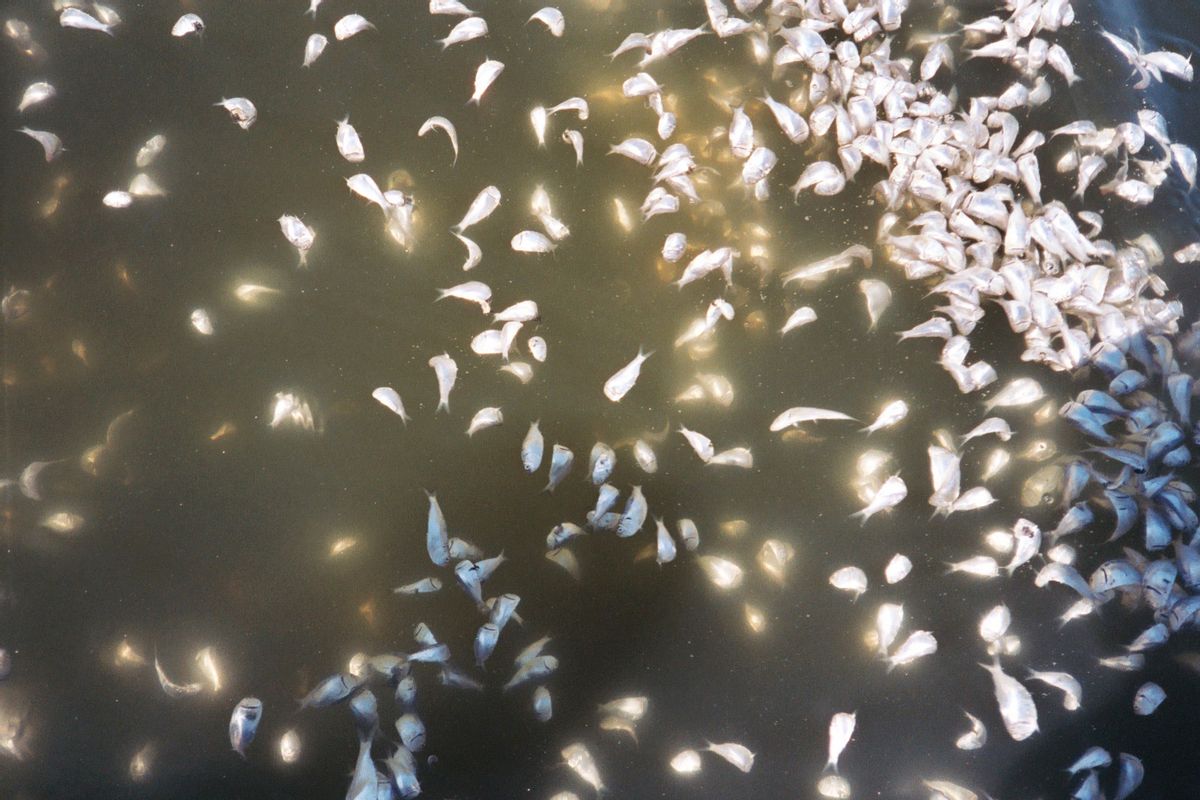 This handout photo provided by the Smithsonian shows dead juvenile menhaden fish floating to the surface during a dead zone event in Narragansett Bay, R.I. Global warming is likely playing a bigger role than previously thought in dead zones in waterways around the world and its only going to get worse, according to a new study.Dead zones occur in oceans, lakes and rivers when fertilizer runoff clog waterways with nutrients, such as nitrogen and phosphorous, which leads to an explosion of microbes that consumes oxygen and leaves the water starving for oxygen, harming marine life. (AP Photo/Andrew Altieri, Smithsonian) (AP)
--

WASHINGTON (AP) — Global warming is likely playing a bigger role than previously thought in dead zones in oceans, lakes and rivers around the world and it's only going to get worse, according to a new study.

Dead zones occur when fertilizer runoff clogs waterways with nutrients, such as nitrogen and phosphorous. That leads to an explosion of microbes that consumes oxygen and leaves the water depleted of oxygen, harming marine life.

The researchers looked at 476 dead zones worldwide— 264 in the United States. They found that standard computer climate models predict that, on average, the surface temperature around those dead zones will increase by about 4 degrees Fahrenheit (slightly more than 2 degrees Celsius) from the 1980s and 1990s to the end of this century.

Warmer water holds less oxygen, adding to the problem from runoff, said co-author Keryn Gedan, who is at both the Smithsonian and the University of Maryland. But warmer water also affects dead zones by keeping the water more separate, so that oxygen-poor deep water mixes less.

"It's like Italian dressing that you haven't shaken, where you have the oil and water separate," Altieri said.

Donald Boesch, a University of Maryland ecologist who wasn't part of the study and works at a different department than Gedan, said there is not enough evidence to say that climate change has already played such a big role in the spread of dead zones. But he said the study is probably right in warning that future warming will make the problem even worse.