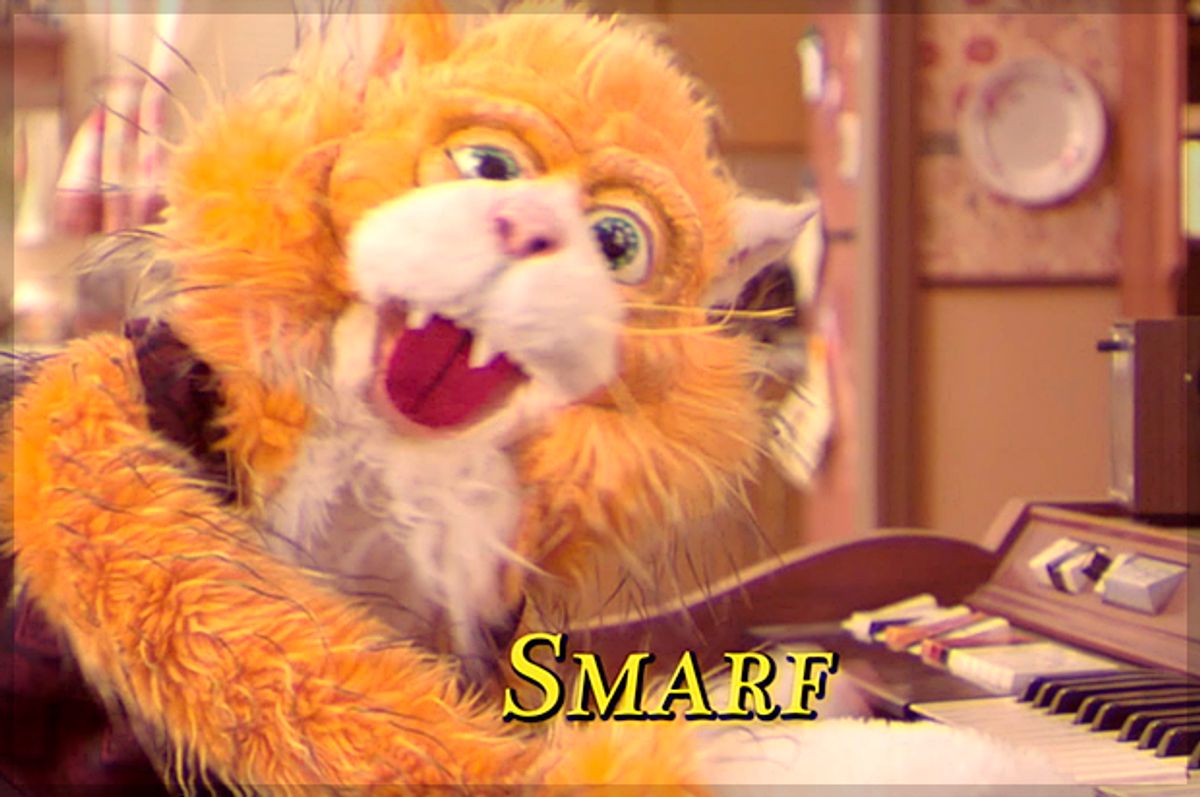 Did you wake up this morning humming the theme song to “Too Many Cooks”? For instance: “It takes a lot to make a stew. A pinch of salt and laughter, too! A scoop of kids to add the spice, a dash of love to make it nice and you’ve got too many cooks!” Make it stop! But it doesn’t — the song keeps going for 11 straight minutes, as the opening credits of Casper Kelly’s fictional family sitcom grow more and more bizarre, daring you to shake it out of your head. The total earworm of a theme is only one reason why the “Too Many Cooks” video went viral over the weekend. The Adult Swim short isn’t just a parody of TGIF-style sitcoms and other nostalgia TV — although it is that. It’s also the most inventive ode to traditional network television ever made.

The commentary starts with the form itself. Opening credits of the “Too Many Cooks” variety are already relics, given way to the atmospheric title sequence short films of the new prestige television. They used to take the viewer on a visual tour of the world they were about to enter, focused heavily on the main characters doing character-typical things in their primary habitats, with an easy listening song breezily reinforcing the show’s theme.

“Too Many Cooks” opens with a collage of visual shout-outs to the traditional family sitcom, starting with the typography of the title card, which is a dead ringer for “Full House.” There’s the family photo session of “Eight Is Enough” that blends into a nod to “The Simpsons” couch gags, alongside the kitchen and family room scenes of “Family Matters.” After the first minute, when the opening credits might wrap up, the song starts again, this time featuring even more members of the Cook family, a wink to the ill-advised tradition of stuffing new characters into a flagging sitcom property (Cousin Oliver, anyone?) in order to revive interest.

Every sitcom trope is represented, from the hapless schlub of a dad and his autocrat boss to the wholesome sexpot teen daughter being stalked by the pervy neighbor. There’s even an “Alf”/”Harry and the Hendersons” analog, Smarf, a puppet cat who looks like Chester Cheetah on a meth binge.

But at the end of the second go-around, something is off. Who’s that weird guy on the stairwell, watching the Cook family assemble for their photo? Now we’re on to cop show openings, more “Hill Street Blues” than "Law & Order," foreshadowing the danger we now know lurks. When the mode shifts again, we’re in a “G.I. Joe” universe, and the couch creeper bursts onto a desert battle scene wielding a machete. By the time he embarks on a murder rampage through a “Dynasty”-styled mansion, we’re waiting for him, excited to see him again, thrilled when he knifes a J.R. Ewing type in the back. The meta-universe fractures at just the right moment, about five minutes in, when a sorority girl type goes on the run backstage from our madman, ending up hiding in a closet on the original “Too Many Cooks” set, but he finds her. Will she become the tragic dead girl around which this new show will revolve?

The serial killer then slays a would-be Wonder Woman who becomes the corpse for the "Law & Order" detective to hunch over, right before he’s killed, too. The body count piles up as the serial killer takes on all of the Cook family roles, spying on himself getting undressed, cooking and eating the other characters in a solo feast. The song becomes more distorted and fractured. We are brought closer in to really lock eyes with his unrepentant, unflinching stare. Shades of “Dexter,” of the cannibal scenes in “The Walking Dead," with a side of "is he the hero or the villain?" of "True Detective." See your favorite characters get killed off without ceremony. Face your deepest fears and anxieties. Watch a serial killer masquerade as a lovable family man.

By the end, Smarf is bleeding from a punctured artery as a brooding version of the "Too Many Cooks" theme plays. Will he reach the self-destruct button in time? He will not. The new TV genres are already spawning their own tropes. And this ingenious, weirdo little video, despite setting itself up as a parody of network sitcoms, ends up showing us that the tropes of the morally complicated antihero drama can look just as dopey and rote as old-school network TV.