Look what we've done to the world's oceans 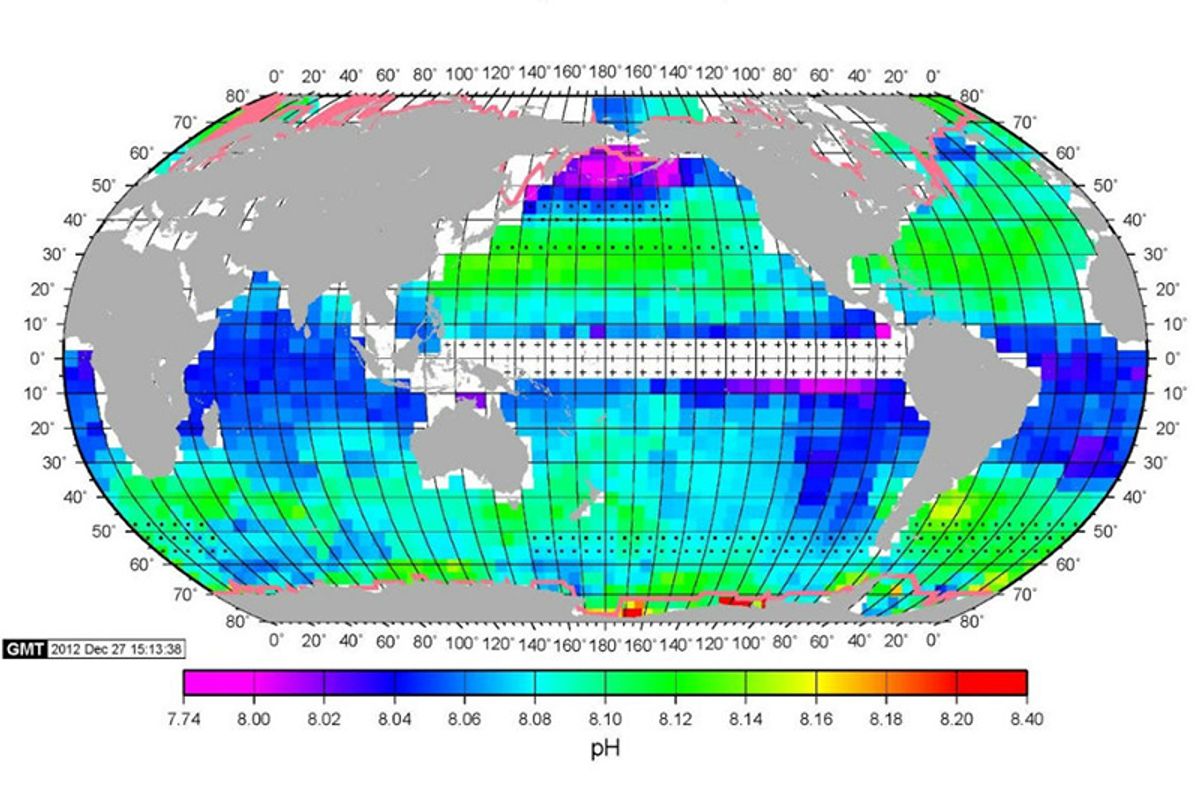 The massive amount of CO2 we're pumping into the atmosphere isn't just warming the climate -- a quarter of it ends up in the oceans, where it works to lower the waters' pH level. The oceans have become 30 percent more acidic over the past 200 years as a result of human activity, a phenomenon that's already harming coral reefs, dissolving the shells of sea snails, an important part of the marine food chain, and threatening fisheries.

Eventually, the world's going to be forced to take notice: according to a report from the U.N. Convention on Biological Diversity, the cost of acidification on lost ecosystem protections alone could top $3 trillion annually by the end of this century.

The above map comes from researchers at Columbia’s Lamont-Doherty Earth Observatory, and it shows what they call the "most comprehensive picture yet of how acidity levels vary across the world’s oceans": both an indication of what's happening now on a global scale and a benchmark to which we can compare further change. The team analyzed four decades' worth of data to come up with this picture of the ocean's state in 2005.

Acidity varies with season, but as a whole, they found that the Indian Ocean is at least 10 percent more acidic than the Atlantic and Pacific. And during wintertime, the Bering Strait -- that purple area on the map -- earns the distinction of being the most acidic region on Earth. To see how that plays out for marine life, the researchers also mapped concentrations of the mineral aragonite, which is essential to sea snails, and which tends to drop as acidification worsens: “This is exactly what we’d expect based on how much CO2 we’ve been putting in the air,” said the NOAA's Rik Wanninkhof, who was not involved in the study, in a statement. “This is an important point for scientists to underscore -- these calculations are not magic.”