Social media strikes back at Cosby and Dapper Laughs 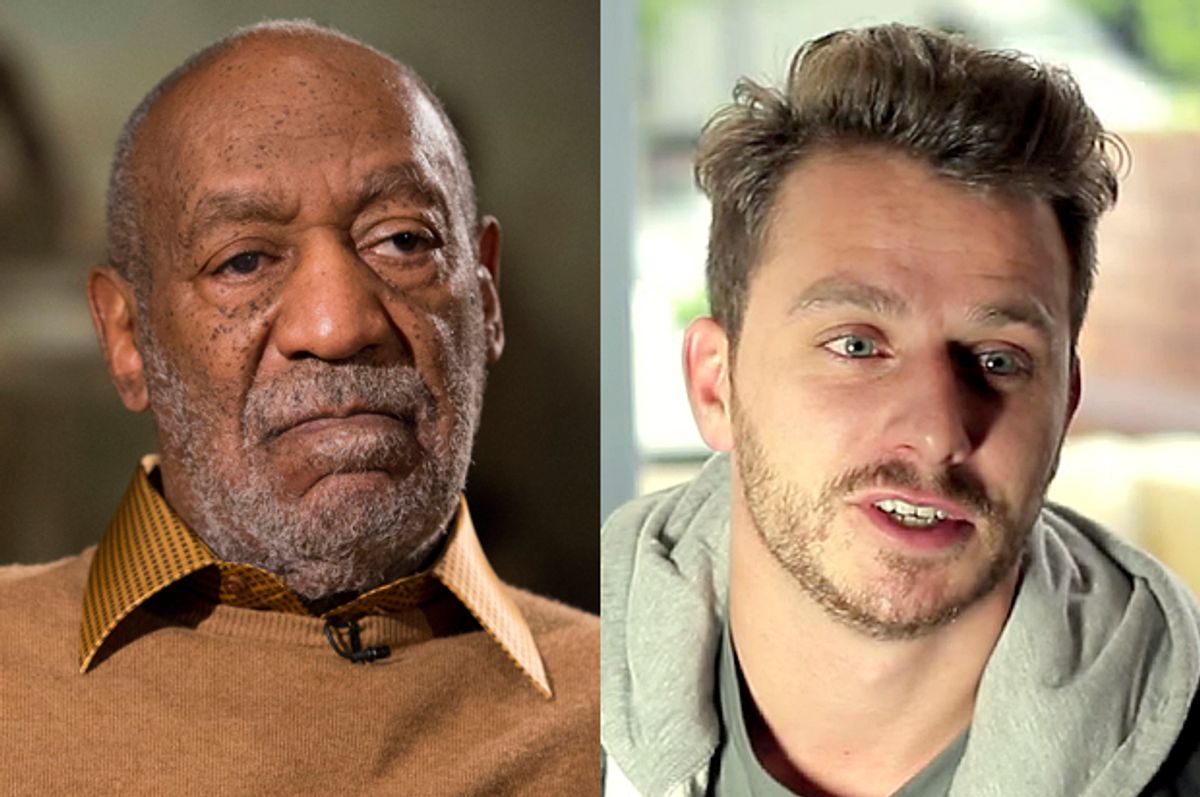 Social media may be the earth's clumsiest tool for meting out justice, but lately it has at least been proving a slightly less hospitable venue for comics with a poor track record around women.

Last week, Artie Lange found himself facing the brunt of a backlash -- and getting dropped from a scheduled appearance on Comedy Central – after posting a lengthy and seriously gross fantasy involving Cari Champion, aka "that chick on ESPN." Then this week, two more comedians have learned what happens when you behave inappropriately. First, there was beloved icon Bill Cosby – who's come under fire recently thanks to a new 500-page biography that conveniently omits a 2006 lawsuit and settlement from a woman who claimed he drugged and raped her -- and the more than a dozen women who have also come forward with very similar stories. The response to Cosby today is vastly different than it was eight years ago, when the entire case went largely unremarked. Comedian Hannibal Buress made it part of his routine last month in Cosby's old stomping ground of Philadelphia. "The Queen Latifah Show" announced it was canceling an appearance by Cosby – while insisting the controversy had nothing to do with the abrupt scheduling change.

So as the drumbeat of public inquiry has grown ever louder, the Cos picked a bad time to tell the world "Go ahead. Meme me!" and unveil the hashtag #CosbyMeme. And meme him people did, with hilarious photos of him mugging with captions like "14 allegations of rape? Zipzopzubittybop!" and "I just can't stop puddin' it in other people without their consent." Unshockingly, the 77-year-old has now backed away quietly from making further requests of his followers. Maybe his team should have asked the NYPD for some social media tips before asking help in going viral.

But Cosby is not the only man dealing with consequences for his past this week. In the U.K., ITV announced Monday it was dropping the idea of a second season for comic Dapper Laughs' "On the Pull" after harsh public criticism of Laughs' routines. Vine star Laughs, whose real name is Daniel O'Reilly, has been the focus of a social media campaign and online petition that garnered more than 60,000 signatures after his so-called jokes about homeless people and about rape were not universally deemed witty. Yet just a few days ago, ITV was telling offended viewers that "Dapper’s pulling tips are firmly based on treating women with respect and speaking to them in the right way and this is the message he gives to all the singles on the show during the series. We realize that all humor is subjective and accept that Dapper’s humor is more risqué but feel that his unique brand of banter and brash charm is neither sexist or degrading to women and that his approach to pulling is based on displaying the right attitude to women in order to succeed."

Evidence of that attitude can be seen in a video from a recent London show, in which he defended himself against accusations of insensitivity, explaining, "If [my ITV show] was a f-----g guide to rape, I would have done one five-minute episode, come on and go 'Oi oi, I'm Dapper Laughs, go down the shops, get some rope, bit of duct tape, rape the b---h, well done, see you later." He then pointed out a female audience member and said, "She's gagging for a rape….We'll have a chat afterwards.... Poor girl, do you want to come backstage after, yeah? Bring two of your mates, you’ll need them."

Now, Laughs has issued a halfhearted apology for his routines, and ITV has announced, "We have given careful thought to the recent criticism of the character Dapper Laughs, which has focused on his activities outside of the ITV2 program, whose content was carefully considered and complied. We have taken the decision that we will not be considering this show for a second series." In other words, he wasn't like that with us! Nice butt covering, yo.

I could write, literally every day, about men whose apparent loathing for women has been the rocket fuel for their creative inspiration. That these guys get work and can make money while behaving badly isn't going away any time soon. But what gives me the slightest glimmer of hope that the world may be a less horrible place for my daughters someday is that more people are speaking up about this BS. They are calling out the trolls who threaten women, they are having conversations about street harassment, they are urging venues to cancel events hosted by sexist jerks, and they are saying, again and again, that if you behave badly it will be noted and it will not be supported. Last year, Australian Lt. Gen. David Morrison issued a statement on sexual abuse in the military in which he laid it out simply that "The standard you walk past is the standard you accept." We've walked past long enough. And we're not accepting it anymore. So if you have a woman problem, take note, before the joke's on you.