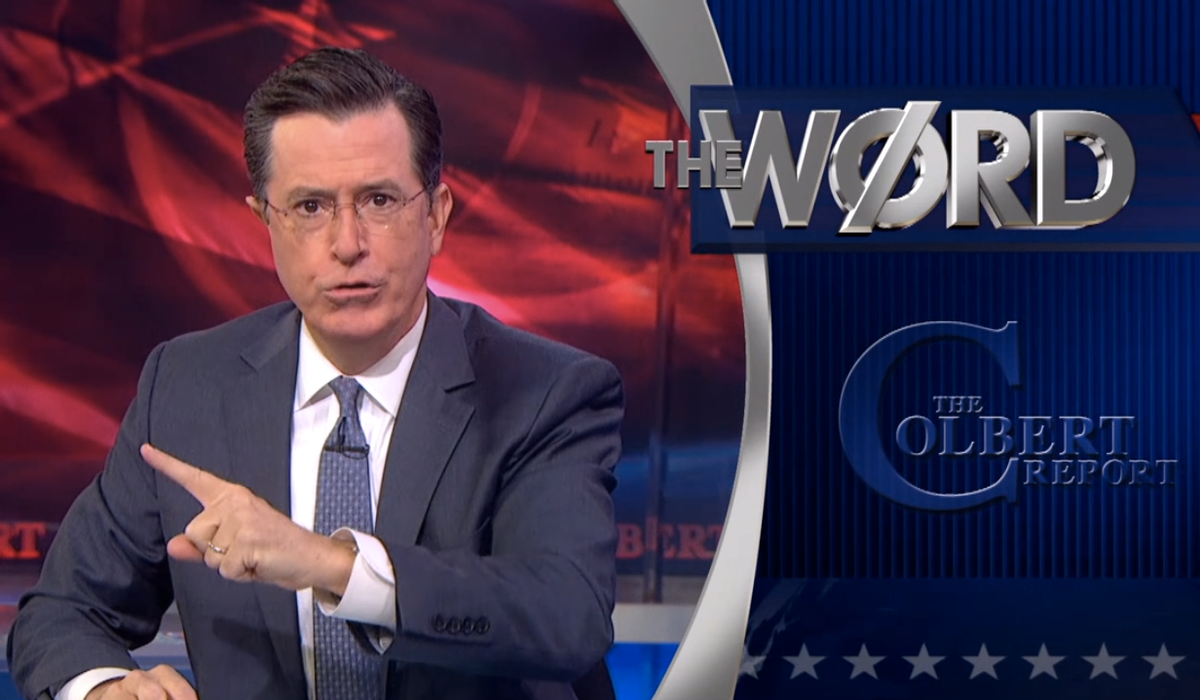 "Now that the GOP has their largest majority in 85 years, thanks to the lowest voter turnout in 72 years, they have the obligation to enact the agenda of the angriest man in the smallest county in Iowa," Colbert joked.

Colbert also ripped into Rush Limbaugh's call for the GOP to not govern, because they run the risk of losing in 2016, a strategy also suggested by the National Review.

Colbert takes it even further; he doesn't want the GOP to actually govern until there is no more America left! "And if they refuse the responsibility to govern," Colbert says of the Republican Party, "well, that'll be right around the corner."

Watch below via Comedy Central: