A slight Web series on the community around dealing, buying and smoking pot returns for Season 2 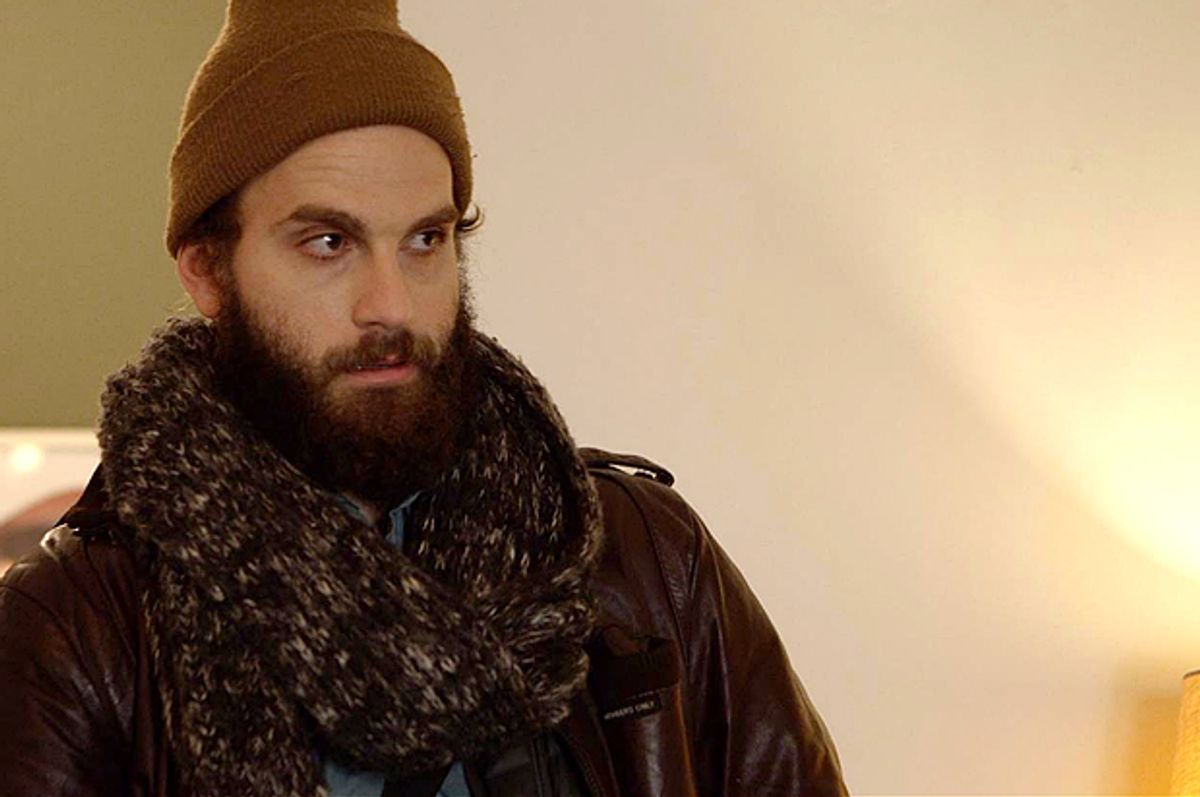 That is the unstated central question of the Web series “High Maintenance,” a short original that debuted its second season today. Based in New York, it’s potentially the most realistic look at life as a bourgeois city-dweller — the longest episode, by far, is just 15 minutes, and yet each video manages to sketch out a rich portrait of its characters.

“High Maintenance” is always looking for more examples of New Yorkers who buy weed — from the homeless girl who shacks up with guys on OkCupid to the married couple who are renting out their apartment to foreigners on Airbnb. Its details are eerily recognizable. This is not a show in which things happen. This is a show in which people spend $50 for a dime bag in between episodes of the unfolding drama of their own lives.

There’s a strong case for much of the show’s appeal being rooted in its portrayal of young, bougie New York. The details are uncanny. A couple stressed out by a mouse in their apartment chooses to calm down by smoking up and playing Bon Iver’s “Flume” at high volume. One character has everything delivered to him: eggs, button-downs from J. Crew, toilet paper and, of course, weed. An extended family gets into a fight over a catered seder while the help nervously smokes in the kitchen. It’s not a collection of those moments that are jokingly called “only in New York” — it is New York, or at least a certain subsection of New York, right down to the passive-aggressive subway interactions. Episodes are usually named for an offscreen figure who pops up in conversation — “Matilda,” when two characters are trying to see the eponymous play on Broadway; “Jonathan,” when several stand-up comedians in the episode have just seen or are about to see Jonathan Ames. It’s a subtlety that calls out to the just-overheard, constantly overlapping teeming masses of the city.

But the strongest hook of the show isn’t its style or its setting, which are both executed very well, but are also in competition with every other show about hip New Yorkers. It’s that “High Maintenance” is a show about the illegal in plain sight. It’s decriminalized in New York, but it’s still against the law — and the greatest risk is taken by the dealers, because selling weed has much higher fines than mere possession.

Our dealer — the one person who connects all of these disparate stories — is just a guy, who is credited as The Guy, and he is played by “High Maintenance’s" co-creator Ben Sinclair (the other creator is Sinclair’s wife, Katja Blichfeld). He is the hipster, bearded Everyman of the series — nondescript enough to be a cipher, distinctive enough to move seamlessly through New York via subway and bike and pedestrian traffic, wearing Vibram five-fingers, no less. His namelessness seems to be at least in part for his own protection — he’s taking risks, after all. And because you can’t sell drugs in a store, and it looks awfully suspicious on the street, he delivers — right into people’s homes. The weed dealer enters the private lives of his customers and then flits away again with a casual intimacy that very few other people manage. Willa Paskin in Slate observed that in another era, The Guy might have been the mailman or the milkman, which is very true. Neither mail nor milk gets you high, though, and the high is the part that makes it illegal. The Guy’s racket is a business outside business, and perhaps for that reason, his clients are more willing to cross the line between retailer and customer. In “High Maintenance” The Guy smokes up with some of the people he deals to, or offers life advice, or ducks out after someone comes out of an apartment naked. This is a world more intimate than delivery from Amazon.

It’s also a world that is predominantly white. The Guy is white, in an unstudied way; the vast majority of his clients are white, too. It follows, then, the obvious: So far, anyway, none of them have gotten in trouble. In the first season, the speaking characters who were nonwhite numbered a paltry four; the first three episodes of the second season make a concerted effort to introduce more characters of color — with mixed results. “High Maintenance” can’t work for people of color — and, specifically, for black and Latino men — the way that it does for everyone else. That casual, unstructured intimacy of the underground economy isn’t always possible, because the risks are too high.

The show seems to understand this, hence the second season’s attempt to introduce more nonwhite characters. The show isn’t going to be about crime and punishment like HBO’s “The Wire,” which is still the best show made about the drug trade in America, despite being more than a decade old. Where “The Wire” brought the bureaucracy of the drug business and its counterpart, drug enforcement, to mainstream audiences, “High Maintenance” takes a look at the world of one drug dealer, and the private lives of those he deals to.

What emerges is that this illegal (if decriminalized) economy is one that some of the most powerful people in the world participate in. This is New York, and these people are its tastemakers. And whether they’re doctors or Emmy-winning playwrights or neurotic personal assistants or award-winning chefs, they want their fix. And that’s when they call The Guy — this Guy. Not some other, non-white Guy. This Guy, who has the privilege of doing this job because he can do so with less risk.

“High Maintenance” is not an overtly political show, but its politics are front-and-center; in addition to the question of weed, there are episodes on homelessness, public school education, queer lifestyles (including cross-dressing), and look, even Airbnb is political now. It is, like much of New York, deliberately and proudly left-leaning, merely by being a space where multitudes can exist together. And it’s perhaps changing our ideas of what it means to be a drug dealer, or a drug user. Human Rights Watch has a comprehensive report on racial disparities in drug sentencing, which observes, “When asked to close their eyes and envision a drug offender, Americans did not picture a white middle class man snorting powder cocaine or college students smoking marijuana. They pictured unkempt African-American men and women slouched in alleyways or young blacks hanging around urban street corners.” This, even though for the last two decades, “Whites have engaged in drug offenses at rates higher than blacks.”

Not every episode of “High Maintenance” feels groundbreaking or perfect; despite being a set of loosely connected short films, few stand alone entirely. The second season — which is now funded by Vimeo, who will be charging a nominal fee for the six episodes — lets the show experiment with better production values and bigger casts. At times that gets in the way of the show’s quiet, intimate charm.

“Ruth,” though, might be the best episode the show has done yet, and its longest, at 15 minutes. It is the story of two people The Guy knows, getting set up on a date. Birgit Huppuch returns from the first season to play a role in this one, opposite Chris McKinney, a burly ex-cop. They’re both The Guy’s clients. They’re both from different races. They’re also both just good, unremarkable people. The mingled sweetness and awkwardness of the episode gets at where the soul of “High Maintenance” really lies: in the difficulties and rewards of intimacy, in the city where, it is said, no one ever sleeps.