McConnell, Inhofe and company blasted the announcement and vowed to block the EPA 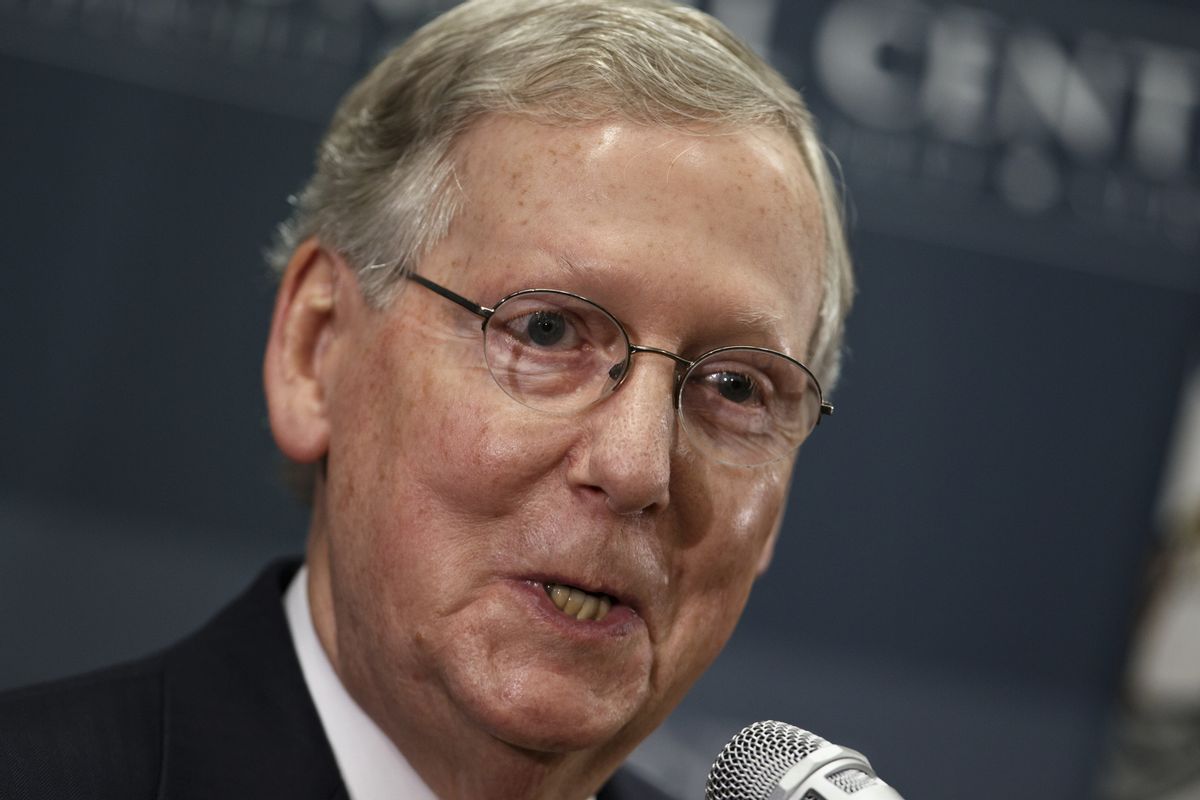 Senate Republican leader Mitch McConnell of Kentucky holds a news conference on the day after he was re-elected to a sixth term and the GOP gained enough seats to control the Senate in next year's Congress and make McConnell majority leader, in Louisville, Ky., Wednesday, Nov. 5, 2014. (AP Photo/J. Scott Applewhite)
--

In what definitely isn't a surprise to anyone (but is nonetheless deeply disappointing), Republican leaders are already booing and hissing the historic climate pledges announced by the U.S. and China Tuesday. Because apparently, that's what they think their job is.

Mitch McConnell (R-Ky.) took only minutes to blast the plan as "unrealistic" -- something, of course, that's more likely to be true if the soon-to-be senate majority leader lives up to his stated "deep responsibility" to block EPA climate action.

"It's hollow and not believable for China to claim it will shift 20 percent of its energy to non-fossil fuels by 2030," Inhofe said, "and a promise to peak its carbon emissions only allows the world's largest economy to buy time.”

As a reminder, this is the man poised to head up the Senate Environment Committee: the scary thing is that, even if China is serious about cutting emissions, his commitment to believing it's all a farce could impede progress anyway. On that, Inhofe's sticking to his promise to "do everything in my power to reign in and shed light on the EPA's unchecked regulations.”

House Speaker John Boehner (R-Ohio) has also chimed in, calling the announcement "the latest example of the president's crusade against affordable, reliable energy that is already hurting jobs and squeezing middle-class families." He, too, reaffirmed his commitment to derail the EPA.

He was seconded by House Majority Leader Kevin McCarthy (R-Calif.), who said U.S. emissions cut will "lead the American people down a road that will increase the cost of living and further reduce the number of American jobs.”

It's worth remembering, though, that the unprecedented commitment to climate action that China displayed Tuesday destroys a favorite Republican argument: that if the world's biggest emitter isn't going to change, the U.S. shouldn't bother to do anything, either. Climate Desk put together this helpful explainer for why GOPers really doesn't want to admit that China might be serious about this: