How to keep saving the world: Two more things Obama can do about climate change now 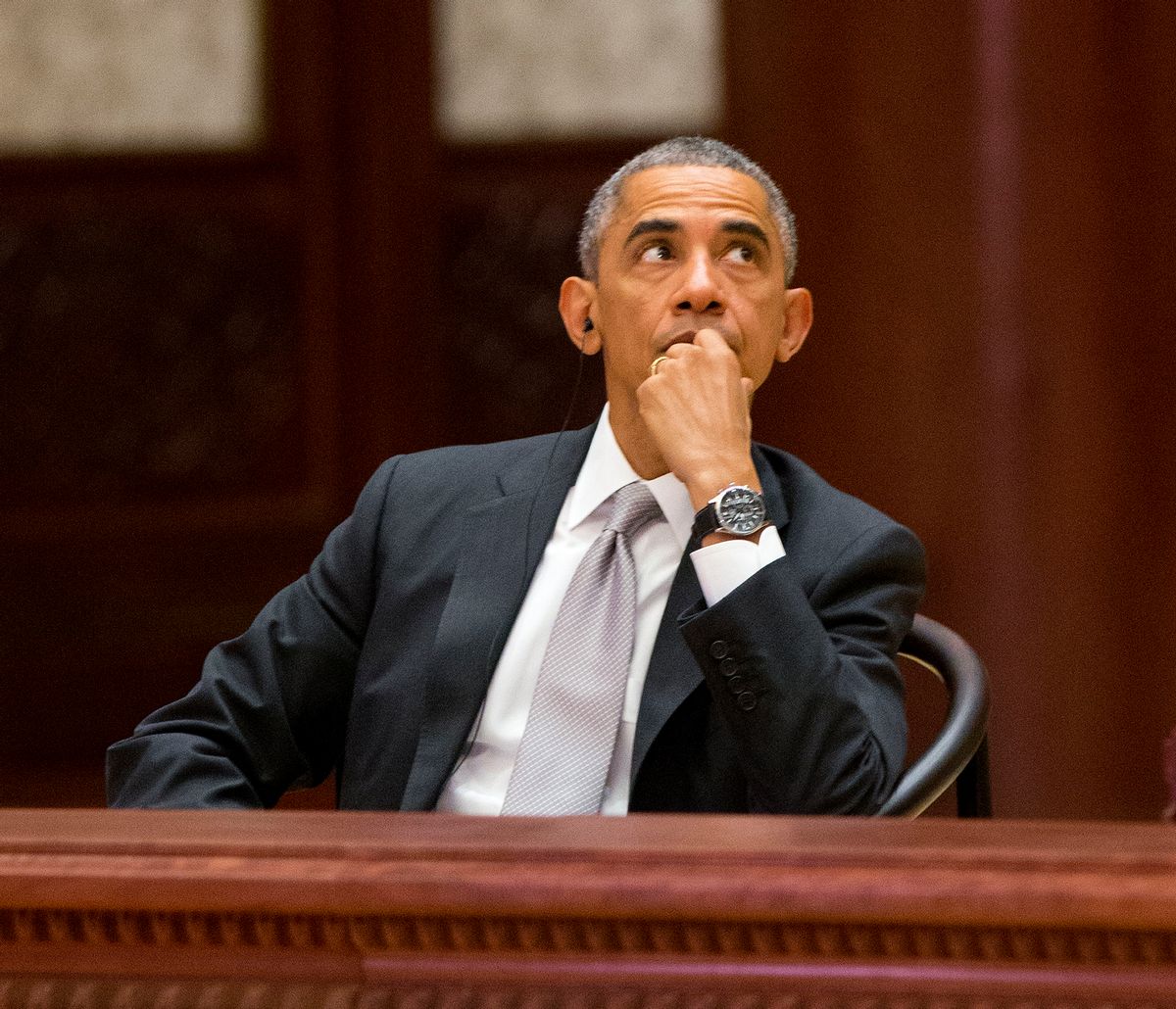 President Obama shocked the world (in a good way) Tuesday night with the announcement that he'd reached an ambitious climate accord with Chinese President Xi Jinping.

There are a lot of questions to be answered about how exactly the two nations plan to reduce their greenhouse gas emissions, but an immediate effect of the deal is its potential to shock the world into action. Now that he's already out on a limb, there's no reason why Obama shouldn't keep pushing -- getting China on board is a huge deal, but preventing catastrophic climate change is going to take a lot more than just that.

With that in mind, there are two big upcoming decisions that could reaffirm the president's commitment to leading the fight against climate change. Here's how he can surprise us next:

Obama needs to stand up to Congress. He can do so by making attempts to roll back the EPA's power plant rule among the bills that he cannot, and will not, sign. And he can do it by putting his foot down and blocking the Keystone XL pipeline once and for all.

Republicans see pushing through approval of the pipeline as a low-hanging fruit -- and some argue that Obama should just give them this one, perhaps in exchange for them easing up on the EPA. First of all: fat chance. Republicans have wasted a lot of breath setting the EPA up as the great impeder of jobs and affordable energy, and vowing to rein it in, even though, in practical terms, there's not that much it can do to truly derail its regulations.

Second, the pipeline is more than just a symbol of how willing we are (or are not) to fight climate change. President Obama said he'd only approve Keystone if it "does not significantly exacerbate the problem of carbon pollution." Contrary to the State Department's finding that it would not, a major study concluded that it would, in fact, be a huge problem: By decreasing the price of oil, researchers at the Stockholm Environment Institute found, it would actually quadruple the government's estimated emissions. Indeed, the authors said, it would have the potential to "basically wipe out reductions from some potential pollution-cutting policies under discussion.”

Even with some Democratic support, Republicans probably won't get the two-thirds majority they'd need to approve Keystone on their own. And if Obama wants to be remembered for his climate legacy, he'd do well to hand a solid victory to the environmentalists who have made Keystone the center of their fight. “Republicans want to pick this fight, but it’s also been one of our most successful issues,” an unnamed official "at a major environmental group" that opposes Keystone told Politico. “We’re gearing up for this, and that’s what we’re good at, turning people out into the streets. We know how to fight this fight.”

Commit to the Green Climate Fund

The president is scheduled to make another big climate announcement next week, and he can choose to make it yet another game-changer. By Nov. 30, world leaders need to pledge their contribution to the U.N.'s Green Climate Fund, which is intended to help poor countries both reduce their emissions and prepare for the impacts of climate change.

It's got $3 billion in the bank so far, thanks mainly to Germany, France and Sweden, and is aiming to make it to at least $10 billion by the end of this year. According to Peru's foreign minister, who says he heard it from Secretary of State John Kerry (granted, before Republicans took over the Senate), the U.S. is planning to make a "significant announcement" toward that end.

A meaningful contribution would help protect the nations most vulnerable to climate change, and it's another one of those "we will if you will" deals that could spur the rest of the world to cough up their share. It also comes with a lot of practical advantages for the U.S., as Ned Helme, president of the Center for Clean Air Policy, explained in an editorial for the Hill:

The George W. Bush administration in its waning years gave $2 billion to a similar “green” fund and the Obama administration should pledge at least that amount. Failing to pledge and then deliver at least $2 billion would represent a lost opportunity for the U.S. and the world. The Green Climate Fund plans to leverage its seed money tenfold through banks and private sector developers. Using loans, lines of credit, equity investments and other ground-breaking financial tools like price-stabilization accounts, the Fund hopes to incentivize businesses in developing countries to reduce their carbon output.

A push of this kind could significantly reduce air pollution. Cutting-edge technologies will finally get the chance they need to move into the mainstream. Economies that are now dependent on fossil fuels can begin to rely on renewable energy instead, and produce profits for the technologies’ manufacturers for a change. That’s a win-win strategy the U.S. should embrace.

Regardless of the number, Republicans are guaranteed to fight it: it's "essentially a proposal that has a double bulls-eye on its back," as Robert Stavins, director of the Harvard Environmental Economics Program, told Bloomberg News, because "it combines climate change and foreign aid." But as former White House official and current head of international energy and climate policy at the Center of American Progress Pete Ogden told RTCC, "It’s going to be really important for the administration if it wants to continue to be a leader on climate change to show that it’s continuing to fight for those investments.”

Four Democratic senators last Friday wrote Obama a letter urging him to set a strong post-2020 emissions target as well as contribute a "substantial pledge" to the fund, arguing that the latter “may well be a necessary prerequisite for any future international agreement on climate change." He's now done one of those things; living up to the second would be a welcome, and important, encore.