Are you ready to hail a "SheTaxi"? 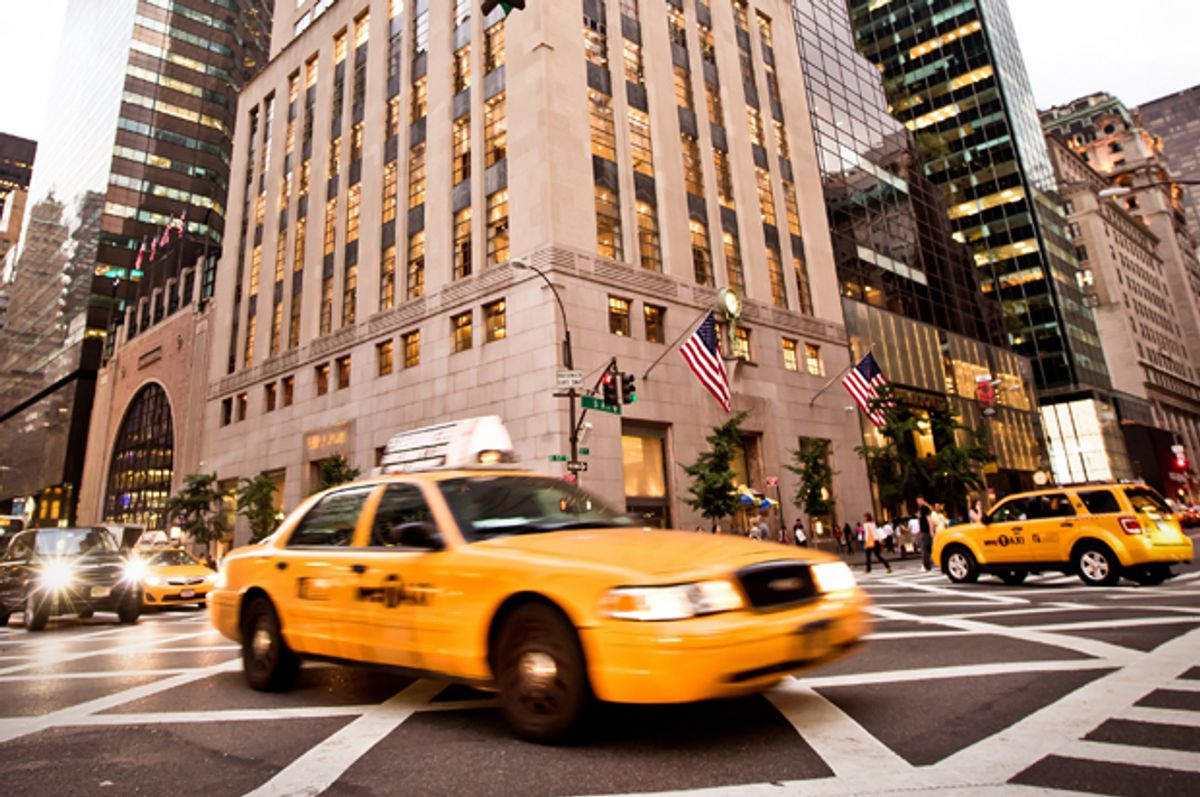 It's a leap of faith to get into a stranger's car. It's a particular leap if the passenger is a female and the driver is a male. Fortunately, it happens without incident millions of times a day, in taxis all over the world. But a new service is aiming to give women – both as drivers and riders – greater freedom in the traditionally male dominated world of car services. And as the New York Times reports Wednesday, the idea is already a hit.

SheTaxis, known as SheRides in New York City because of local regulations on the word "taxi," began just two weeks in the New York, Westchester County and Long Island area after facing legal challenges about the gender-based service – and in finding qualified drivers. The concept is a "women for women" service from a company that notes that "In the taxi and livery industry where women comprise about 2% of drivers but 60% of riders, women’s needs go unmet both behind the wheel and in the passenger seat…. As a female, minority owned company, SheTaxis priority is to offer safe, reliable, and trustworthy drivers." Potential passengers can simply book a ride via an app. And in just its first few days, SheTaxis has begun building a devoted base of fans -- like 31 year-old Lorena Cantillo, who tells the Times, "There are times when I don’t want to get in a taxi because I’m alone and the man can be intimidating, especially if it’s nighttime and I’ve had too much to drink." Ms. Cantillo says she's used SheRides cabs three times in the past week.

The idea of an explicitly "women for women" service raises legal questions of just how "women for women" it's allowed to be. No doubt that's why SheTaxis, with its fleet of pink scarf-wearing drivers and pink stickers on its cars, doesn't address its clientele outright in its FAQ. The Times says that the app itself is legal "but that it would be illegal for a driver to decline a fare because of gender." The company itself says that "only parties including a woman could specifically request a female driver. A male passenger could be picked up by a driver of either gender." So far, neither the New York City Commission on Human Rights and the Taxi & Limousine Commission have received any complaints of discrimination.

Though most cab experiences are generally safe, it's not unreasonable for women to have concerns about the person behind the wheel. Earlier this year, New York cabbie Gurmeet Singh was sentenced to twenty years in prison for abducting and raping a passenger in Brooklyn in 2011. Over the past several months, sexual assaults by cab drivers have made the news in New York, New Orleans, Santa Cruz, Overland Park and Chicago. And if you ask any woman who's used taxis, chances are she has at least one story of a disturbing encounter. Several years ago, I had a cab driver spend the entire ride angrily describing how much he hated women and how one day, he was going rape a passenger. When I filed a complaint with the Taxi and Limousine Commission, providing his name and license number, I was told, "He was probably just kidding around." In London, I once had a cab driver express has animosity toward Americans before he spit on my hand as I handed him his fare.

With the rise of services like Uber and Lyft, it's easier than ever to get where you want to go. And though I'm no fan of pink as a shorthand for anything to do with women -- and it bums me out endlessly that we as passengers even have to think about whether our cabbie is going to harm us -- I'm delighted at the prospect of a successful enterprise that just doesn't just attempt to appeal to female customers but to encourage female employees. It's a business whose time has come, and I'm on board.