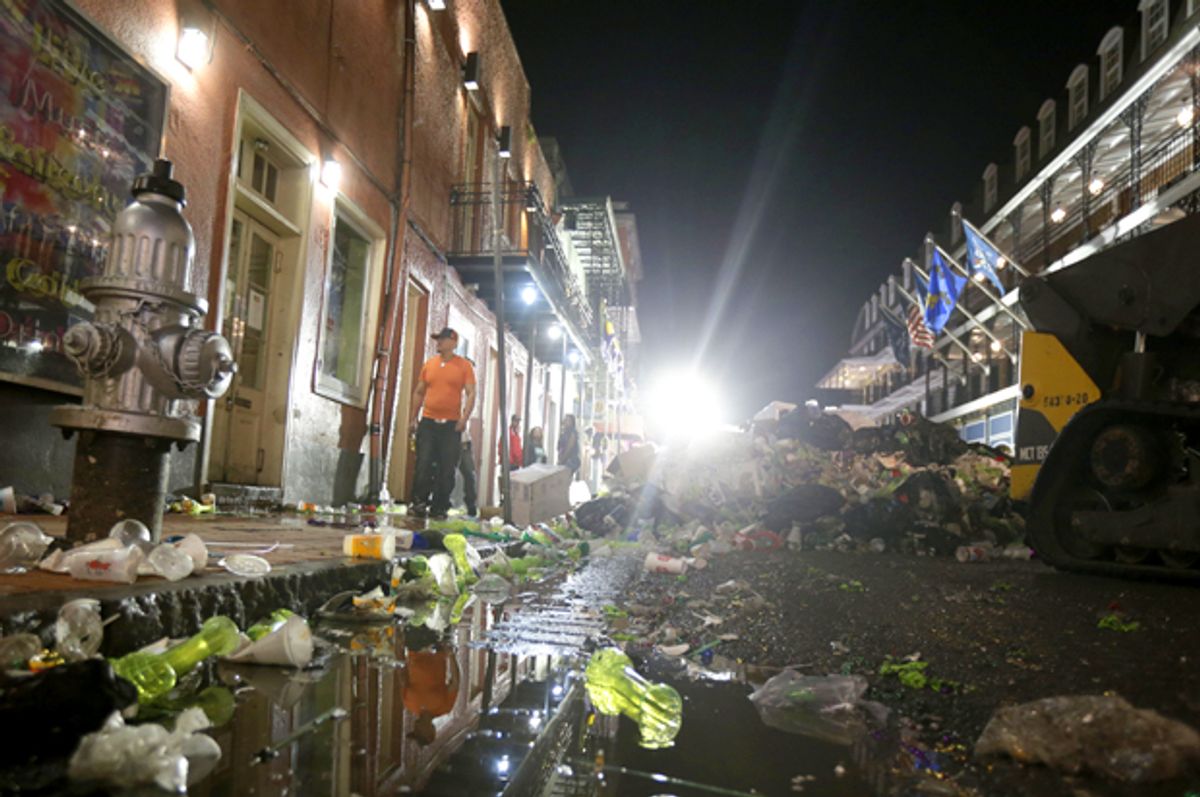 In a shocking, enraging report released Wednesday by the New Orleans Office of Inspector General, the city's special victims unit appears to have failed to investigate 1,111 sexual abuse reports over a three-year period – including those involving young children.

The seven-page audit claims that the Public Integrity Bureau has "identified 1,290 sex crime-related calls for service that were assigned to the five detectives [of the unit]. Of the 1,290 Item Numbers, only 179 (14 percent) contained supplemental reports documenting any additional investigative efforts beyond the initial report." It adds that "The Investigations Division reviewed 450 Item Numbers wherein initial reports were written or comments were made by the five detectives. Of these, 271 (60%) contained no supplemental reports documenting any investigative effort beyond the initial report."

As Inspector General Ed Quatrevaux explained to CNN Wednesday, initial reports are usually kept "intentionally short and vague" to not identify victims, but a lengthier supplemental report traditionally follows – a protocol that was not followed a stunning 60 percent of the time. "There's not a word, even a single word," he said. "Nothing. Nothing. There's nothing to note."

The officers are identified only by letter in the report, though the Times-Picayune has named them all. The incidents that they reportedly didn't follow up on are harrowing. You should read the whole thing, but the highlights are brutal. In one case, "A juvenile was brought to the hospital emergency room due to an alleged sexual assault…. The forensic interview report noted specific information regarding sexual and physical abuse by a named individual who was living in the same house with the juvenile; this report also stated that the named individual was a registered sex offender." Yet Detective A wrote that "The juvenile victim did not disclose any information regarding a sexual assault and closed the case due to a lack of evidence." In another case, after a reported assault, "The original report stated that Detective C contacted the Louisiana State Police DNA Laboratory and found no results in the sexual assault kit" – but in truth, the kit had never even been submitted for results. In another series of incidents, Detective D was assigned 11 cases involving simple rape – sexual assault in which the victim cannot give consent because of, among other reasons, "stupor or abnormal condition of mind produced by an intoxicating agent." Yet the detective "told at least three different individuals that Detective D did not believe that simple rape should be a crime." Perhaps that's why, in one incident, the detective never submitted an alleged victim's rape kit for testing because "A review of the sex crimes log book maintained by the Special Victims Section revealed that Detective D made an entry for this case which stated that Detective D would not submit the kit to the DNA lab because the sex was consensual." And in the most appalling example of all, a child under the age of 3 who was brought into the emergency room following an alleged sexual assault was found to have a sexually transmitted disease, but Detective A closed the case because "the victim did not disclose any information that would warrant a criminal investigation." That's right -- the toddler with an STD wasn't forthcoming enough to interest the detective. The report concludes, in exceedingly restrained terms, that "There was no effective supervision of these five detectives over a 3-year period," a situation that apparently the department is currently working to rectify. Excuse me, I have to go turn into a fireball of rage now.

But wait, before I completely become a pile of cinder, there's more. The detectives in the report are now the subject of an internal investigation, but in the meantime they've been moved to "patrol-related duties" and, as New Orleans Police Superintendent Michael Harrison admits, "Yes, they are getting paid." Funny how selectively those  fact-seeking protocols are followed. If only the alleged victims who turned to the department's special victims unit -- the hundreds of them who complained over the course of three years – had been granted the same thorough degree of  investigation.