Why America is the most unequal society in the developed world

The reason we're not more upset about the ever-expanding pay gap? We're clueless about how big it really is 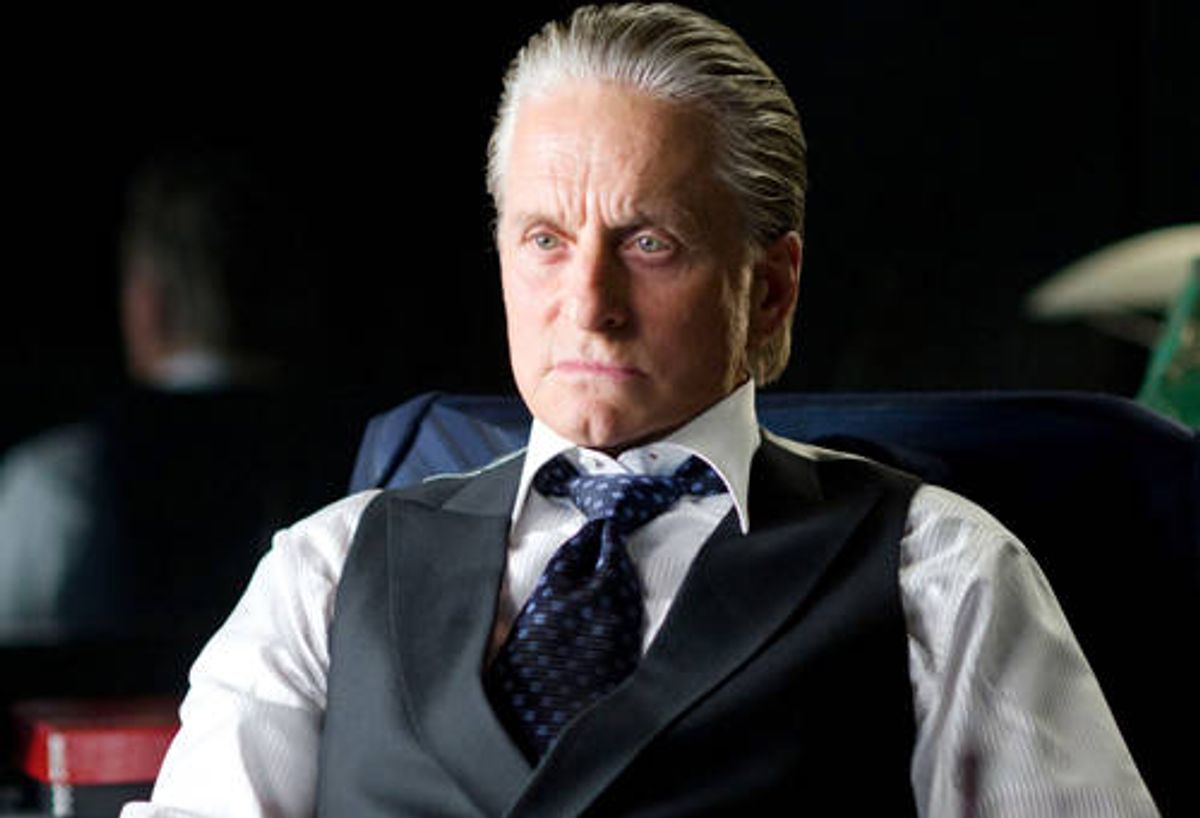 The American people have spoken. But what did we really say about inequality?

At first glance, it seems that extreme inequality mattered little to the majority of voters who put pro-business candidates into office. After all, the Republicans, along with far too many Democrats, are certain to cater to their Wall Street/CEO donors. Do Americans really want an ever-rising gap between the super-rich and the rest of us?

An important study ("How Much (More) Should CEOs Make? A Universal Desire for More Equal Pay") by Sorapop Kiatpongsan and Michael I. Norton provides insight on why Americans aren't more upset about rising inequality: It shows we are clueless about how bad it really is. Their analysis of a 2009 international survey of 55,187 people from 40 countries found that when it comes to understanding the severity of inequality, we're the most clueless of all.

Americans are virtually blind to the growing gap between CEO pay and the pay of the average worker. As the chart below shows that gap has increased dramatically. In 1965, for every dollar earned by the average worker, CEOs earned $20. By 2012, that gap mushroomed to 354 to one.

For every dollar earned by an average worker, the CEO gets..
Photo Credit:
Source: AFL-CIO, Hargreaves, Mishel & Sabadish
Click to enlarge.

But, when asked in the survey, Americans grossly underestimated this gap. Instead of 354 to 1, the Americans in representative survey think it is only 30 to 1. When asked what the ideal pay gap should be, Americans say that a fair gap would be about 7 to 1.

To see if these finding also hold for the U.S., I waded into the database: Does political affiliation and education impact how the 1,581 Americans in the survey estimated the wage gap? (The data comes from the International Social Survey Programme: Social Inequality IV - ISSP 2009 on the website Gesis. )

Americans estimate what the CEO/Worker pay Gap actually is, and what it should be.
Photo Credit:
International Social Survey Programme: Social Inequality IV - ISSP 2009
Click to enlarge.

As the chart above shows, "Strong Democrats" estimated that the actual ratio between a CEO of a large corporation and an unskilled factory worker was about 36 to 1. "Strong Republicans" said it was 40 to 1. A difference without a distinction.

When it comes to offering opinions about what the wage gap shouldbe, the Strong Democrats thought 5 to 1 was about right, while the Strong Republicans thought it should be about 12 to 1. The two political extremes obviously are much closer to each other than to the current reality of 354 to 1.

Does education make a difference?

The data also allowed us to compare those who didn't finish high school with those with graduate degrees. Low and behold both groups again were closer to each other, and again were wildly off the mark. Those who didn't finish school thought the actual gap was 60 to 1 while those with graduate degrees thought it was about 40 to 1.

Those who didn't complete high school thought the ideal pay gap should be about 5 to 1, while those with graduate degrees offered 12 to 1, ratios were identical to those offered by the Strong Democrats and Republicans.

When it comes to our ignorance of the pay gap, there are no blue states, no red states—only misinformed states of mind. We're the know-nothings of inequality.

Why are we so blind to inequality?

Most of us have no idea that our golden land of opportunity is the runaway leader among developed nations when it comes to inequality (see chart below). This dubious distinction runs counter to American Dream we've been indoctrinated with since birth. As a result, we reflexively think that America is the epitome of democracy -- the fairest, most just and most upwardly mobile country in history. That makes it hard for us to account for why we are more unequal than all these other countries. So I suspect many of us just tune out the data. It's too jarring to the deep-seated doctrines that comprise our national identity.

It pays to be a CEO in the U.S.
Photo Credit:
How Much (More) CEOs Make?
Click to enlarge.

Our misreading of inequality also may be a legacy of the post-WWII economic boom. During that time, our working class had the highest global standard of living with ever increasing yearly real wages. (Please see my last post.) In the heat of the Cold War, it was American policy to boost jobs and incomes to make sure our workers and middle class were the envy of the world. If you add in the late New Deal and WWII into the mix, we're looking at more than a half century of rising prosperity for working people. Also during this period income taxes on the wealthy were extremely high, more than 90% on the highest bracket during WWII. As a result the top one percent, while living extremely well, saw their share of total U.S. wealth decline (see chart below).

Little wonder, that the massive baby boomer generation grew up both with the idea of relatively equality and the reality of it. Of course, there were wealthy people all over America, but life was getting better and better for the vast majority of Americans.

We may still be living with this cultural hangover and operating from a societal self-image from yesteryear. We are likely to cling to it for quite awhile, in part, because it's comforting as new economic insecurities take hold. As workers from other nations pass us by, we look in the mirror and still hope we are the fairest of them all.

Perhaps the biggest reason we are so misinformed stems from the failure of both parties, especially the Democrats, to address rising inequality in a meaningful way. Yes, the Democrats tend to support modest rises in the minimum wage that indeed make a difference to those stuck in the lowest-paying jobs. But they won't go near the revolutionary idea of placing a legal limit on what the CEO/worker pay gap should be -- let's say at 12 to 1 which the Strong Republicans and the well-educated favor. The reason is obvious: Politicians live in fear of a different revolution -- a massive revolt from their corporate donors, who wouldn't dream of earning so little. In fact, the entire elite establishment -- in finance, in the corporate world, in the higher levels of government, academia and the media have no intention of limiting their incomes, no matter what the public believes to be just and fair. Here lies the very essence of class struggle between the 99 percent and 1 percent, and both parties want no part of it.

The good news is that Americans of all genders, shades, incomes, education and politics think on average that the wage gap should be about 7 to 1, not 354 to one. That's a heck of a good place to start. Imagine if the only real economic debate was between the strong Democrats who thought a fair wage gap should be 5 to 1 versus the strong Republicans who thought it should be 12 to 1. Progressives should be able to build upon this shared sense of basic fairness, one that is miles apart from what elites expect and feel is their due.

For about six months Occupy Wall Street touched this nerve and put inequality on the agenda. "We are the 99 percent" became our national anthem. For the first time in a generation the country was talking about the gap between super-rich financiers and the rest of us.

Roughly at the same time, the Tea Party emerged with a different message. They also sensed that something was profoundly wrong. For them the problem is government. They're not concerned with inequality. If they see it at all, they follow Ayn Rand and blame it on those at the bottom for not working hard enough. They, and their political allies, revel in talk about "takers and makers" to explain away the growing and glaring economic disparities.

Occupy disappeared. (Yes, they are still doing good work here and there.) We no longer have 900 encampments around the world to remind everyone that inequality is our new way of life. But something still is stirring at the bottom. Minimum wage campaigns are succeeding even in Red states. The quest for $15 per hour pay for low-wage workers is growing. And most importantly, each day millions more face the stark reality of trying to lead a decent life on low-pay and porous benefits with blatant inequality all around.

Elites and their academic acolytes will counter by blaming inequality on advanced technology and the lack of education. The poor can make it if only more elite colleges admitted them, if only charter schools replaced tenure-saddled public schools, if only the teachers unions disappeared. Only then will inequality be reduced as those at bottom get more degrees and advanced skills.

To be sure, the "help-thyself" message has resonance, and access to more education will certainly help. But it leaves in place the powerful structures of elite economic domination. It will take a different kind of education to reduce the wage gap. We will need to learn the skills of building a mass movement, that starts by providing education on the realities of growing inequality. Only then can we can break through the faulty self-image of America that is crippling us. Spreading the word can really make a real difference. It's something we all can do.

We are the most unequal society in the developed world, and it doesn't have to be that way.