Why do female orgasms exist? The reason may be more complicated than you think 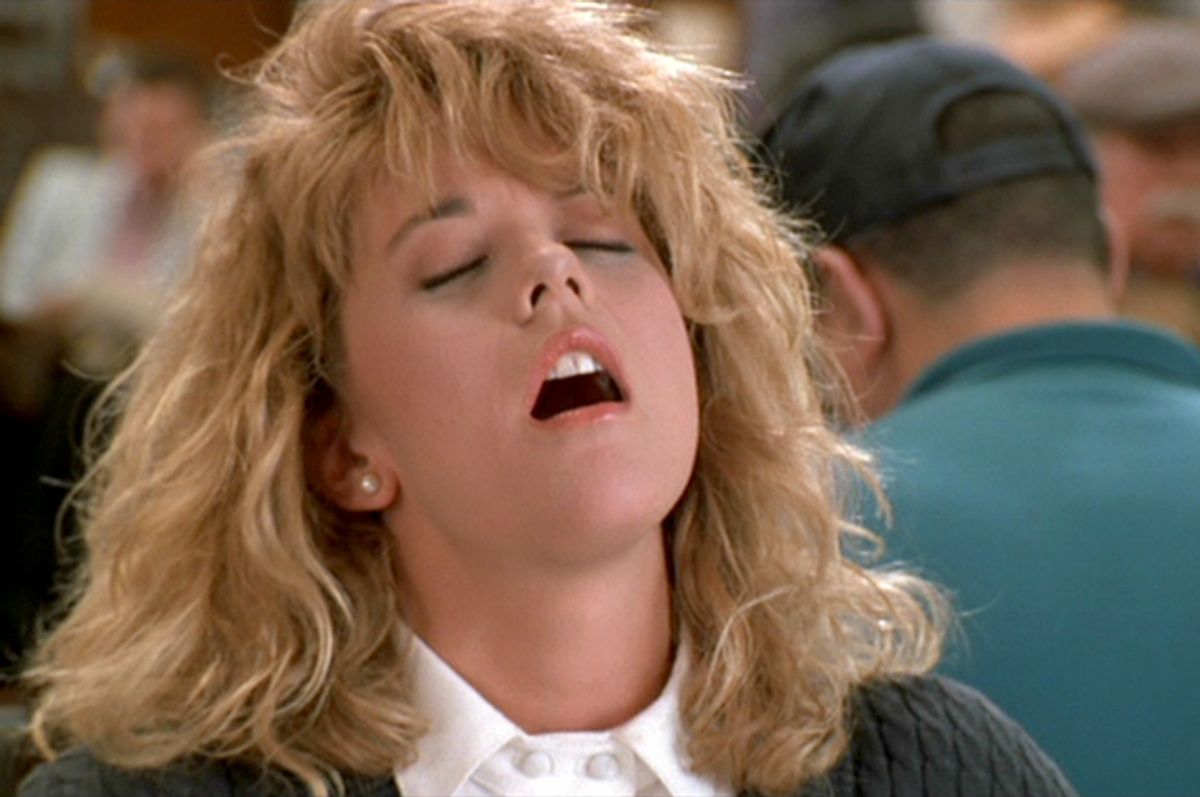 It’s a question that few women would think to ask: Why does the female orgasm exist? More likely is, “Where is my female orgasm?” -- or, for the easily orgasmic, “More, please?” But it’s a query that has nonetheless plagued sex researchers for decades, and a new study has proposed an answer: that the female orgasm helps women choose better partners. More specifically -- and perhaps unflatteringly to women -- researchers found that “how often a woman experienced orgasm as a result of sexual intercourse was related to their partner’s family income.” They also found that “his self-confidence” and “how attractive he was” also factored in.

The orgasmic explanation proposed by the study, which is a “preliminary investigation” and by no means definitive, isn’t new. There has long existed a schism in expert thinking around the raison d'être of lady-gasms. In one camp, you have what I like to call the reproductive successers. In the other, the “byproduct” believers. (I hope I’m not the only one picturing a snapping “West Side Story” scene here. Only with super-raunchy gang signs.) And even the former group breaks down into several warring factions (and none of them attempt to address why lesbians have orgasms -- and more of them). Given this latest study, which in recent days has revived debate among sex researchers, I figured I would break down the arguments into a language the Internet understands -- that of the listicle, of course.

It makes you want to bone more (aka reproductive success)

This is the most intuitive of explanations: Sex feels good because it causes us to have more of it. In other words, men and women who are orgasmic reproduce more, and orgasmability is evolutionarily supported in both sexes.

It makes you want to snooze

Orgasms cause you to relax, lie down, maybe even fall into a post-coital nap, and some researchers believe that this all gives sperm an easier time of finding the egg.

It gives sperm a little boost (aka “sperm upsuck”)

You read that right: sperm upsuck. The idea here is that the female orgasm causes contractions that pull sperm into the uterus and through the fallopian tubes, thereby increasing the likelihood of pregnancy.

Oxytocin, which is released during orgasm, is often referred to as the "love drug," because it's believed to create feelings of connection and intimacy. The argument here is that orgasm releases oxytocin, which encourages pair-bonding, which increases a child's likelihood of survival. Note, though, I once spoke with a researcher about oxytocin's lovey-dovey reputation and he said, "There’s actually no evidence of oxytocin as a love hormone in humans. You have to be very careful about any romantic role attributed to humans based on research on non-humans."

It helps you land a good partner (aka “mate selection”)

This latest study falls under the "mate selection" hypothesis, which states that the female orgasm "evolved to increase the probability of fertilization from males whose genes would improve offspring fitness," as one study put it. Theories about the actual traits it controls for range from strength to sensitivity.

This approach challenges the adaptive theories above, arguing instead that the female orgasm is a byproduct of the male orgasm. This belief is based on the shared embryological beginnings of males and female. The thinking is: Men have to orgasm in order to spread their seed and further the species, thus women, who begin with the same basic parts, have orgasmic potential as well.

As a lady, I'm not particularly thrilled to think of the female orgasm as men's biological leftovers. But, thought of in a different light, this theory can be freeing for women who feel they aren't as orgasmic as they ought to be. As I told Dan Savage in an interview a couple of years ago, "This means a multiorgasmic woman is just as ‘normal’ as an orgasmless one, a lady who comes from a single flick of the finger is just as ‘healthy’ as one who requires 45 minutes with her Hitachi Magic Wand set on high.”