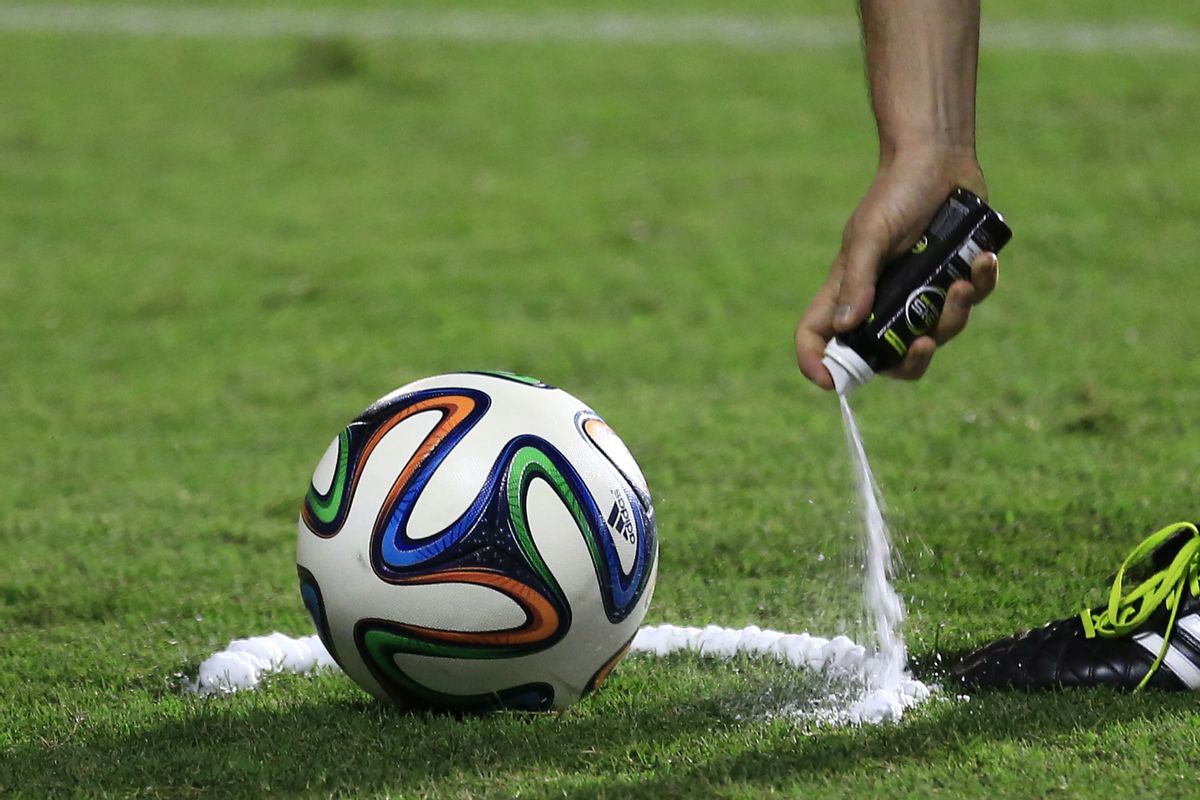 The locations of the next two FIFA World Cup tournaments could be bad news for LGBT soccer fans. Russia, which passed a sweeping anti-gay law last year, is slated to host the next World Cup, in 2018. And after that? The international soccer tournament will be held in Qatar, where homosexuality is illegal. How or if the country will accommodate LGBT fans from around the world has yet to be seen, but the current response doesn't sound particularly encouraging.

In a recent interview with the Associated Press, Qatar sports minister Salah bin Ghanem bin Nasser al-Ali was evasive when it came to discussing LGBT World Cup travelers, as well as whether the country planned to relax its laws regarding alcohol. In a not-so-promising response about how Qatar will welcome gay tourists in 2022, al-Ali replied, "It's exactly like the alcohol question":

He said Qatar doesn't want to create "this impression, illusion that we don't care about our tradition and our ethical values ... We are studying all these issues. We can adapt, we can be creative to have people coming and enjoying the games without losing the essence of our culture and respecting the preference of the people coming here. I think there is a lot we can do."

And while what Qatar will do still remains unclear, FIFA's stance on the matter has been conflicted. The organization's president, Sepp Blatter, was criticized for suggesting that LGBT fans "should refrain from any sexual activities" during the 2022 World Cup, for which he later (sort of) apologized.