New research predicts yet another dire consequence of global warming 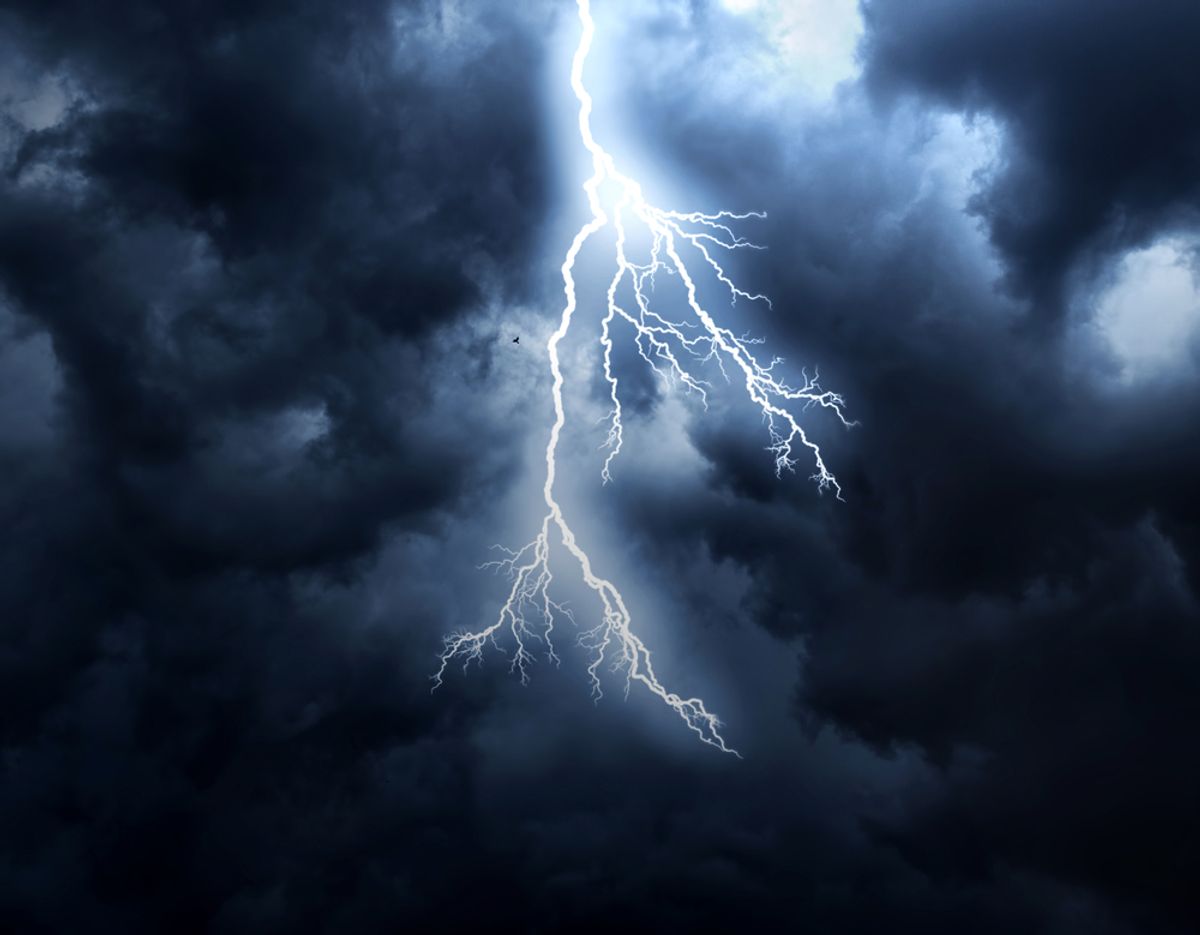 Research published on Thursday in the journal Science has found yet another symptom of climate change that will slough the world deeper into the post-apocalyptic hellscape envisioned by end-of-the-world movies: There will be 50 percent more lightning strikes in the United States.

"For every two lightning strikes you had at the beginning of a century, we will have three at the end of the century," said the study's leader David Romps, a scientist at University of California, Berkeley, in an interview with the Guardian. "What we don't know is where those increases will occur in the future. It could be regions that get a lot of lightning strikes today will get even more in the future, or it could be that parts of the country that get very little lightning could get much in the future. We just don't know at this point."

The Washington Post's Chris Mooney explains the science behind the prediction:

Romps explains that there are two central factors that set the atmospheric stage for lightning. The first is the amount of water or precipitation, and the second is the instability of the atmosphere, a situation which allows air to rise rapidly. "To make lightning in a thunderstorm, you need water in all three phases – gas, liquid, solid – and you need fast rising clouds that can keep all of that water suspended in the atmosphere to generate charged separation," explains Romps.

So the researchers simply examined how these two parameters -- precipitation and instability, more technically referred to as convective available potential energy or CAPE -- change in climate scenarios, and how that, in turn, should affect lightning. The upshot was that while precipitation may increase in some areas under global warming, CAPE is definitely expected to increase, and this is the central factor that will drive lightning increases, according to Romps.

Today, there are around 25 million strikes per year, which means the report indicates there will be around 38 million in 2100. The real worry isn't getting struck by lightning -- that is still super rare -- instead, we should worry about wildfires.

Take a look at the video below depicting lightning strikes in the U.S. in 2011, which the researchers used for comparison.