In addition to the 13 women who died at a gov't sterilization camp, 2 men have died from the tainted medications 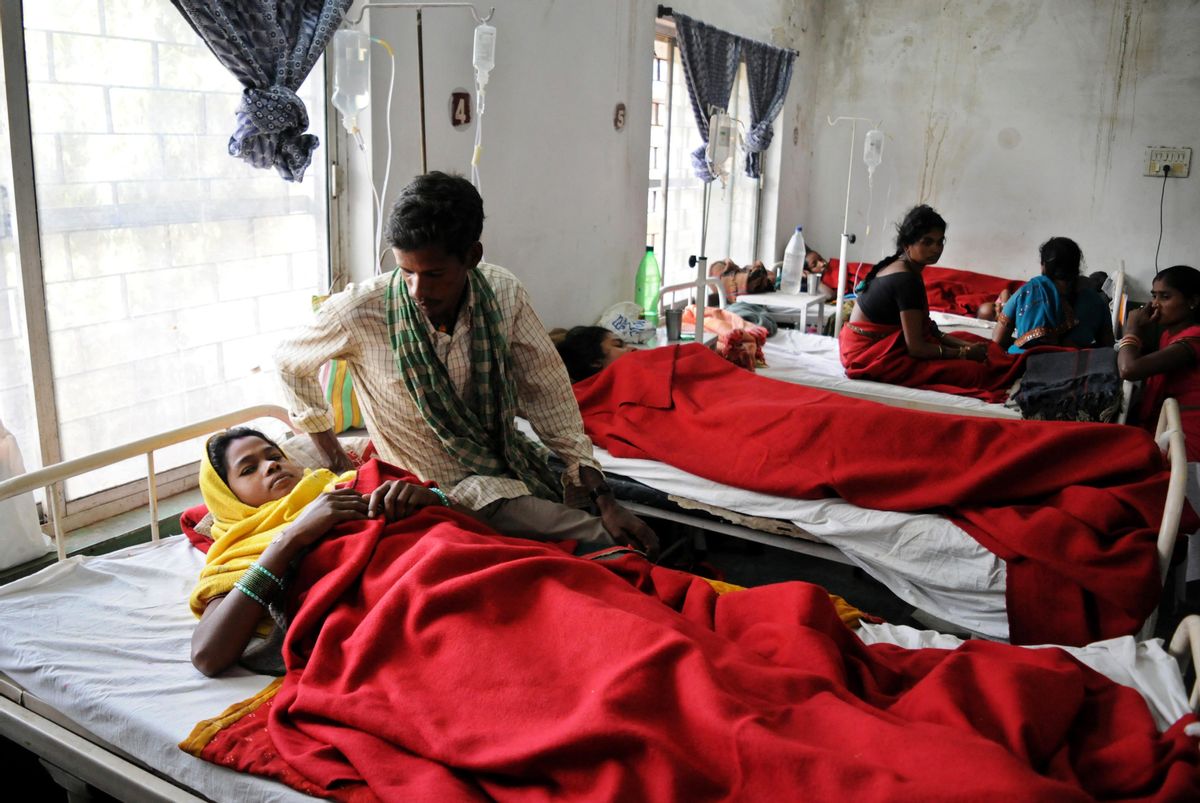 New details have been released in the investigation of a government-run sterilization camp in the Indian state of Chhattisgarh, where at least 13 women died this week after what first appeared to be a series of botched tubal ligations. According to new reports, state authorities have determined that the dozen plus women who died -- as well as more than 50 others who were hospitalized -- were given antibiotics contaminated with zinc phosphide, a chemical used in rat poison.

Police have arrested the director of the company that manufactured the lethal batch of the drug ciprofloxacin. Sonmoni Borah, the divisional commissioner of the district where the sterilization camp was located, told the New York Times that the government has ordered practitioners to stop distribution of the antibiotic immediately:

Mr. Borah said zinc phosphide was found to be mixed in tablets of ciprofloxacin that were seized in police raids of Mahawar Pharma, a small pharmaceutical company that was supplying medications to the state government. The police on Friday charged the company’s managing director, Ramesh Mahawar, and his son, Sumit, on suspicion of defrauding the government.

Zinc phosphide “was mixed during manufacturing,” Mr. Borah said. He said a stock of the poisonous chemical was found on the premises of Mahawar Pharma. [...]

State officials initially said they believed the women had contracted infections because of poor sanitation at the clinic. But as the week went on, additional seriously ill patients began to surface — first women who had received tubal ligations at a separate sterilization clinic on Monday, overseen by a different surgeon, and, more recently, patients who went to a private clinic complaining of flulike symptoms.

In addition to the 12 women who died after being sterilized in Pendari, one woman died after undergoing tubal ligation on Monday. Two patients, both of them men, died on Thursday after receiving prescriptions at a community health center.

According to the Times, the most recent man to die had been prescribed ciprofloxacin from the same batch as the women at the sterilization camp last weekend. Indian officials have said that the contamination deaths will likely serve as a "Wake-up call" to improve the nation's drug laws and pharmaceutical oversight, which is notoriously lax.