"You can pick the drug and the crime" 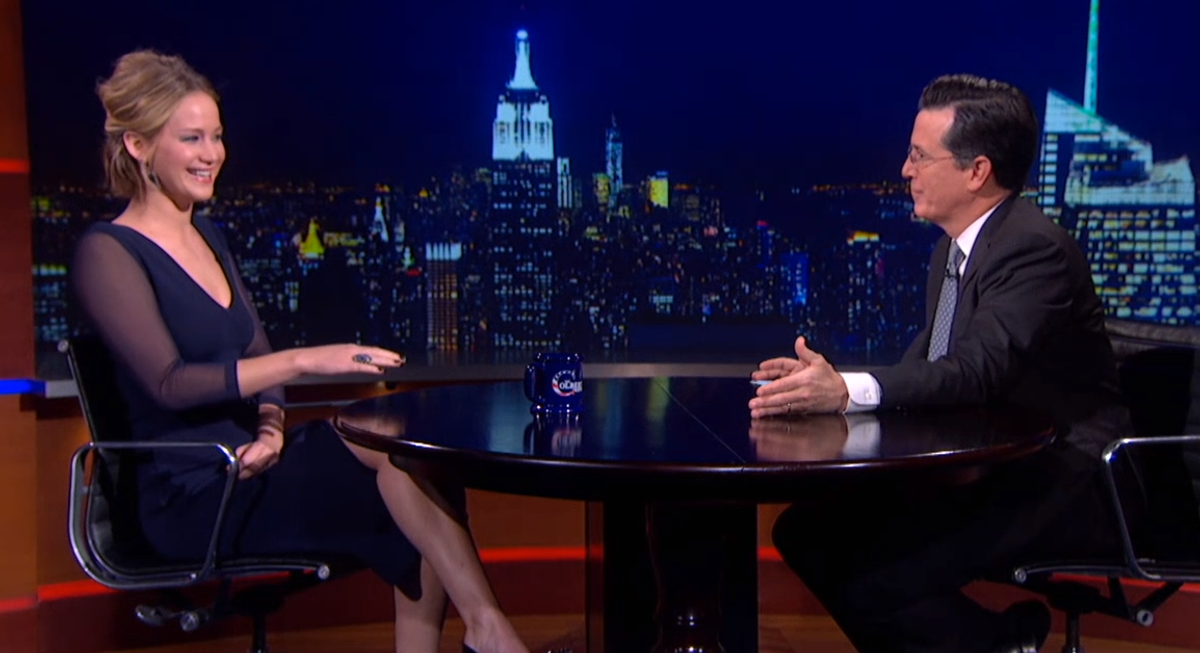 Thursday night Jennifer Lawrence appeared on "The Colbert Report" to chat with Stephen Colbert about her upcoming film "The Hunger Games: Mockingjay Part One." Or as Colbert described it, "the third installment in the rare four-part trilogy."

The two discussed Lawrence's similarities to her character in the movie, Katniss Everdeen -- they have both skinned and eaten squirrels -- and her nickname "JLaw." They also joked about her being "known as a nice normal person" -- at least for now.

"We could plan your downward spiral right now, if you'd want?" Colbert suggests. "You could pick the drug and the crime."

Find out what JLaw selects, watch below: