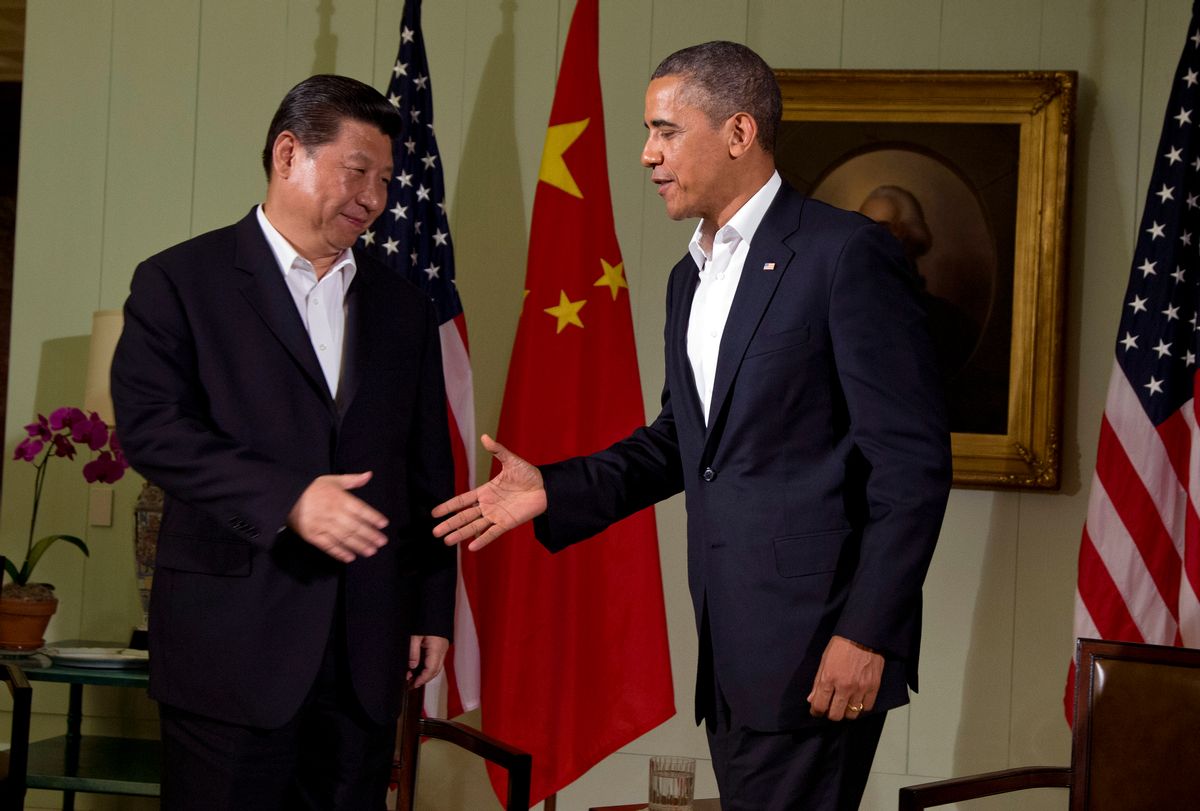 It’s the deal that has everybody talking: The United States and China have agreed on a climate change strategy that aims to significantly lower each country’s carbon emissions.

The agreement was announced in Beijing Wednesday at a press conference that closed this year’s Asia-Pacific Economic Cooperation (APEC) summit. The deal involves China pledging to cap its carbon dioxide emissions by 2030 and increasing its use of renewable energy to 20 percent. At the same time, the US would cut its emissions by at least 26 percent from 2005 levels by 2025.

We spoke with Nathaniel Keohane, vice president for international climate at the Environmental Defense Fund (EDF), a Washington, DC-based nonprofit collaboration of scientists, attorneys, economists and other professionals, to find out what this deal means to the fight for global sustainability and to economic progress.

The GroundTruth Project: What does it mean to the international community that the US and China – who together emit 45 percent of the world’s greenhouse gases – have made this agreement?

Nat Keohane: I think it’s a huge deal. It’s a kind of game changer on two fronts. The first is the obvious diplomatic one: Having the two largest economies in the world – the two largest emitters in the world, who in other issues are sometimes economic rivals – coming together and cooperating on climate change, and encouraging each other to take steps to reduce their emissions in the long run. I think it’s incredibly powerful.

Just the fact that the US and China are talking about this at the presidential level, making this a key priority, is very important and can help really reshape the dynamic of climate change.

The second way that hasn’t been focused on as much is the signal this gives to clean energy investors. The world’s two largest economies – and of course the EU, the third – are headed towards a clean energy future. They put themselves in that path. And that’s why this matters so much.

GTP: Where does this agreement put the US in the global struggle for sustainability?

NK: I think overall it’s a positive sign that President Obama and his team are making climate change a priority. It’s great to see the president himself set a new target going forward.

The reality is we will need more. My tweet on this was, “Is this a game changer or is more needed?” The answer is both. It’s a game changer for all the reasons I talked about before; it’s a tremendous and powerful signal from the US; it confirms that the US is helping to lead on climate. And yet more is needed. More is needed on both sides because of the urgency of the climate challenge. So even as we applaud the progress that’s been made, we are going to need to find ways to make even deeper reductions.

GTP: How important is it that this issue – and the president’s pledge – gets bipartisan support?

NK: I think the biggest thing we have going for us is that the American public overwhelmingly supports taking steps to limit carbon pollution. There was a Washington Post poll that found 70 percent of Americans favor putting limits on carbon emissions from power plants. That is the underlying support that is going to push this forward and give the president, and the next president, what they need to do this.

In the short run, if Congress won’t act, and if all we get from Congress is gridlock, then it does fall to the president to show leadership on this issue.

At the same time, we as a country need to return to where we were just a few years ago, which is a bipartisan, national conversation on how to beat the challenge of climate change. I think that’s something we can get back to over time. It was only six years ago that John McCain had the Republican nomination for president, running a campaign on a climate change bill. Politics change, they can change back. And we need to get back to that bipartisan conversation if we’re going to have Congress get in the mix and take the kind of action that climate change demands.

GTP: Do you think China can fulfill its role?

We have seen in the last several years that China has a pretty good track record of being able to implement that kind of plan. I think it’s very important that this comes from the top. China is already building to a 15 percent target [of renewable energy] for 2020, it’s already headed in that direction. It has seen that it’s in its own self-interest to move away from its reliance on coal, quite apart from the climate issues, because of the air quality issues.

GTP: How does supporting the fight against climate change spur economic growth?

NK: The New Climate Economy Report is only the most recent report to come out of the World Resources Institute, and is a great place to look for some of the more detailed arguments. I think the evidence is mounting: You look at California, where cleantech investment has skyrocketed.

The broad, most fundamental answer is that the driver of economic growth has always been innovation, has always been technological progress. And the next great economic revolution is the clean energy revolution. What you’re seeing is countries recognizing that that’s the path, that’s where the world is headed and that a strong economy and strong economic growth, over the long run, will require being at the cutting edge of that clean energy revolution.